175 years ago - the first package holiday

On July 5th, 1841, Britain's Thomas Cook organized an excursion for workers and their families in England. Tea, ham sandwiches and a brass band were included. It was the birth of mass tourism. 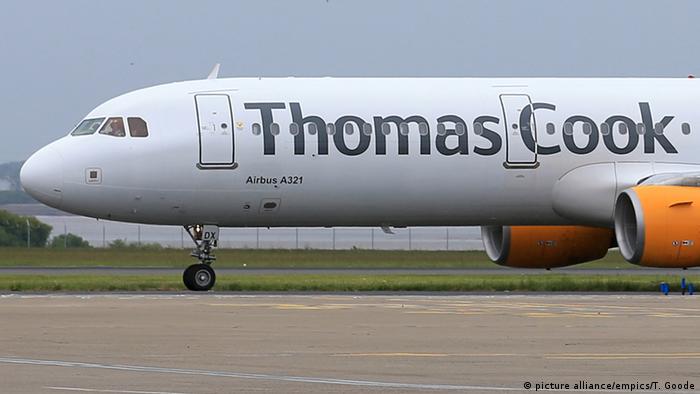 Thomas Cook is regarded as a pioneer of modern tourism. Within England's class society Cook came from humble beginnings: He was born in 1808 in the small Derbyshire village of Melbourne. 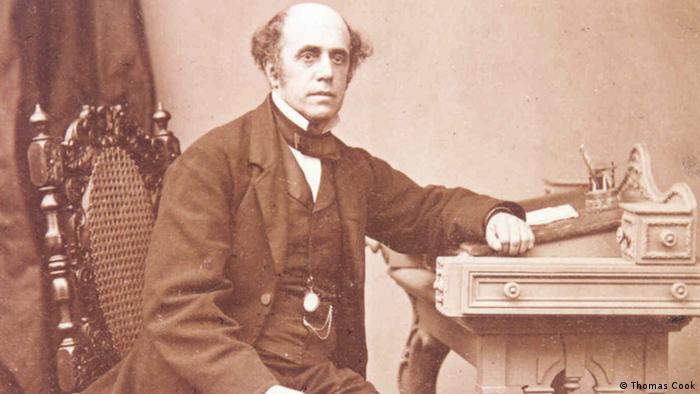 His father was a laborer and his mother illiterate. He had to leave school at the age of 10 in order to start earning money.

It all started 175 years ago, on July 5, 1841, when Thomas Cook organized a one-day rail excursion for workers and their families, from Leicester to Loughborough, a mere 11 miles away.

Cook, a former Baptist preacher, believed that most Victorian social problems were related to alcohol and that the lives of working people would be greatly improved if they drank less and became better educated. So his excursion was to offer an alternative pastime to drinking. He chose Loughborough because there was a temperance meeting taking place there on that day.

A forerunner of the package holidays 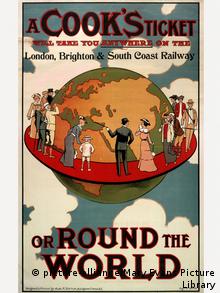 The ticket, which cost one shilling per person, paid for the rail travel there and back as well as a ham sandwich and a cup of tea. The excursion was accompanied by their very own brass band, which for its time attracted a lot of attention: "People lined the streets, hung out of their windows and stood on rooftops to welcome us and cheer us along the entire route," Thomas Cook later wrote. Even though this first tour didn't include an overnight stay, it was already a package holiday, says Jürgen Schmude, professor for tourism research at the Ludwig-Maximillian-University in Munich. "This trip to Loughborough was most definitely the forerunner of the modern package holiday," he adds.

Further rail excursions followed and, over time, Cook continued to expand his repertoire. Starting in 1846, he organized group tours to Scotland, then Ireland and to mainland Europe. 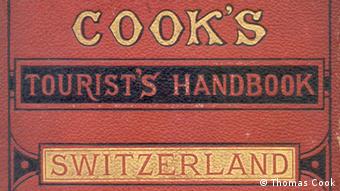 In 1866, he added trips to the USA and Canada, then Nile cruises and eventually round-the-world tours. As these trips cost a fortune, he'd managed to win rich upper classes as customers. And yet you can't really call Cook the inventor of package holidays, says historian and social studies expert Hasso Spode, head of the Willy-Scharnow-archive at the Technical University in Berlin. Before him, there were already organized rail day excursions on offer in England.

"But Cook was surely the first package holiday operator, who fought off his competitors, making his a global business by 1900," Spode adds. 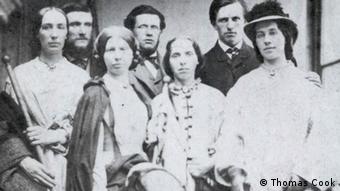 The democratization of travel

Cook biographer and tourism expert Jörn Mundt calls him one of the most important pioneers of tourism: "What made his company stand out was his ability to recognize the importance of already existing business ideas and to use them effectively and successfully for his own operation."

"A democratization of travel didn't happen until the 20th century," Schmude explains. Most people lacked money and time to go on holiday: "Back then there was no legal holiday entitlement," he adds.

It was only in the second half of the 20th century that mass tourism developed. "This had to do with many factors; an increase in levels of income, holiday entitlement and also mobility - for instance with the introduction of cheap holiday flights," Schmude explains. 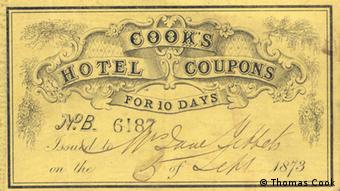 "There was also the emergence of package holidays offered by department stores like Neckermann, which meant that travel became affordable to a large portion of the population."

By now the limit to mass tourism has been reached. "Today we tend to observe shifts in distances and destinations," the tourism expert explains. "Some countries find themselves out of favor in the short-term, like if there is political unrest or even attacks on tourists."

Thomas Cook died in 1892 at the age of 83. His company remained in his family until 1928. Today the Thomas Cook Group is a publically listed leisure travel company with its headquarters in London.