A court in Frankfurt has sent a former Rwandan mayor to prison for 14 years. He had been accused of organizing one of the massacres in the 1994 genocide. 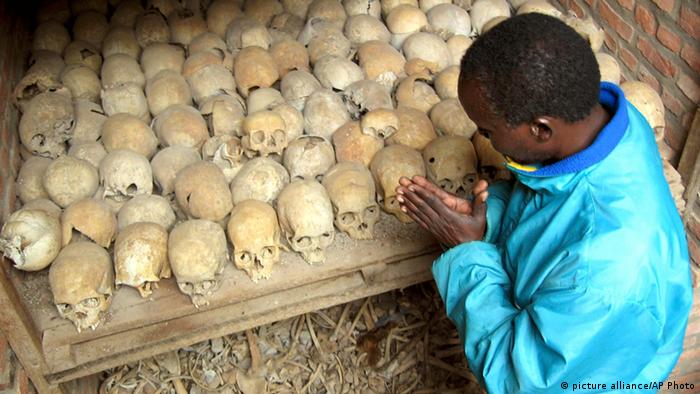 In the bare Frankfurt courtroom, the horrifying events of April 11, 1994 were being recalled. Witnesses told how they had sought safety from the Hutu militia by fleeing to a church in Kiziguro.

They told how the militia had attacked the church killing as many as 1,200 people, how the survivors were forced to throw the dead into a well, and then to jump to their deaths after them.

This was an historic trial that came to an end in Frankfurt on Tuesday (18.02.2013). Onesphore Rwabukombe was found guilty of being an accessory to genocide and sent to prison for 14 years.The former mayor of Kiziguro had been accused of organizing, ordering and monitoring that church massacre.

It was the first time that a German court had handed down judgment in a case involving the Rwandan genocide of the Tutsi minority. In 1994, Rwandan Hutu extremists slaughtered three quarters of all Tutsis and many moderate Hutus within 100 days.

Under the legal principle of universal jurisdiction, genocide can be punished anywhere in the world, not only in the country in which it was committed. Rwabukombe has lived in Germany since 2002 and has been in custody here since 2010.

Prosecutors had called for a life sentence. Dieter Magsam, a lawyer representing the victims, said witnesses have confirmed that the accused was at the scene of the massacre. "He took part and drove people with his official car to the church grounds." They then went on the attack with axes and machetes. 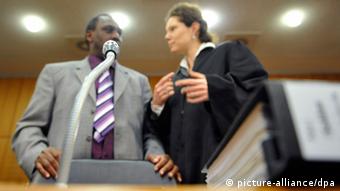 The accused has lived in Germany since 2002

The court had witnesses flown to Germany. Others, who were imprisoned in Rwanda, delivered their testimony via video link to the Frankfurt court room. Natalie von Wistinghausen is one of Rwabukombe's lawyers. "We believe that these testimonies were all intended to cast guilt on the accused, because as mayor he was the only official in authority around at the time," she said. Wistinghausen and fellow defense lawyer Kersten Woweries had called for their client to be acquitted.

Rwandan specialist Gerd Hankel was in court as an expert witness. He has also taken part in several trials in Rwanda itself. "Widely held assumptions frequently prevail," he said. In other words, everybody who was a member of the political elite at the time of the genocide was actively involved in orchestrating it.

Was Germany the right place for this trial?

The court was forced to examine whether the Rwandan government could have tried to influence witness testimony. The president of Rwanda, Paul Kagame, is himself a Tutsi. His rebel forces brought the genocide to an end in July 1994 and then assumed power in the country. Kagame runs an autocratic regime. Those who openly question the wisdom of his policies – or the official version of the country's recent history – run the risk of being arrested. 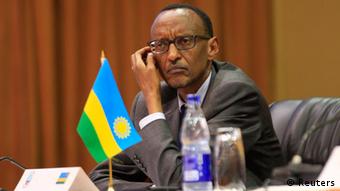 The defense believes that Germany was not the right place to pass judgment on crimes that were committed in Rwanda. "Our system is simply not suited to clearing up what really happened, even though everybody put in a lot of effort," said von Wistinghausen. She referred in this connection to the work done by others - in particular by the International Criminal Tribunal for Rwanda in Arusha, Tanzania. Magsam, who represented the victims, would also have preferred to have seen the former mayor tried by a Rwanda court.

Expert witness Gerd Hankel is more optimistic and evidently has more confidence in the German legal system. But he believes the court should have a displayed a more intense interest in Rwanda from the very beginning. "The judges should have visited the country, looked at the scene of the crime and spoken to Rwandans," he said.

Suspected Hutu extremists and their supporters are also on trial in two other cases in Germany, in Dusseldorf and Stuttgart.

Opinion: Germany must not shirk reponsibility in Central Africa

Central Africa requires military aid, also from Germany, if the violence is to be ended. Ethnic cleansing and anarchy threaten to engulf the entire region, warns DW’s Claus Stäcker. (13.02.2014)

A former Rwandan army captain is on trial in a Paris court, charged with complicity in Rwanda's 1994 genocide. It's the first such trial in France, which has been criticized for delays in prosecuting genocide suspects. (04.02.2014)

Police in South Africa have launched a murder inquiry into the death of a former Rwandan intelligence chief whose body was found in a hotel room. A Rwandan opposition group says he was assassinated. (02.01.2014)