11 of our favorite football films

Hooligans and Iranian women heading to the stadium, Maradona and Pelé showcasing their skills: To get in the mood ahead of the 2018 FIFA World Cup, here are 11 of our favorite soccer movies. 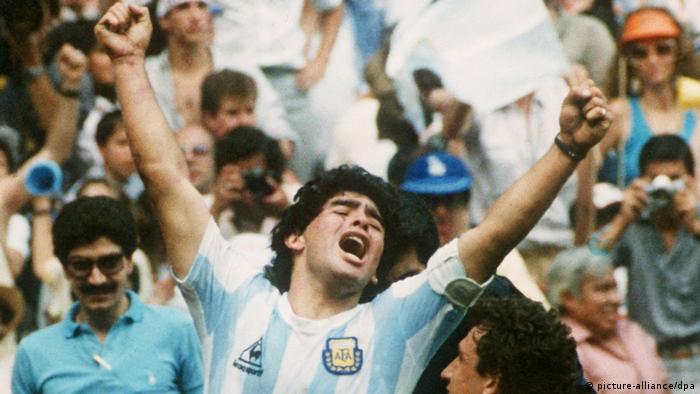 On june 14, Russia will kick off the 2018 World Cup by facing Saudi Arabia during the first match of the football competition. Meanwhile, you can get into the spirit by watching some of the best soccer movies ever made.

The Goalie's Anxiety at the Penalty Kick, by Wim Wenders (Germany, 1971) is a rather spartan film about the last man on the field. While Wenders has described the movie as his debut, it also marked his breakthrough. The story itself is quite sad: After having been thrown out as a result of a foul, a goalkeeper wanders around Vienna, where he ends up committing a murder. Adapted from the novel with the same title by Peter Handke, who also co-wrote the script, the film strikes viewers with its calmness and laconism — qualities that good goalkeepers should adopt.

There are two particularly tough films about soccer fans that shouldn't be missed.

Ultra, by Ricky Tognazzi (Italy, 1990), is a drama dealing with hooliganism. The Italian director focused on the ultras of the Rome-based club AS Roma, which give the Juventus Turino fans a severe beating. At the 1991 Berlin International Film Festival, the film was awarded a Silver Bear.

Two years later, Adolf Winkelmann received the German Film Prize for Best Director for his soccer film Nordkurve (Germany, 1993), which takes a critical look at the football scene in Germany's industrial Ruhr region, including fans and managers, players and their wives. 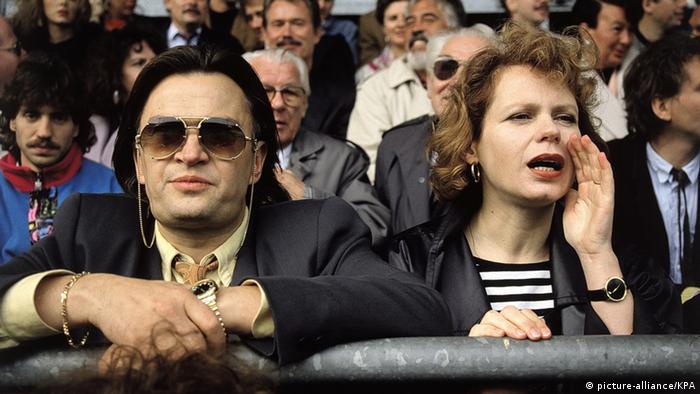 In Fimpen, by Bo Widerberg (Sweden, 1973), a little boy stirs up the Swedish national team, and enjoys more success than Zlatan Ibrahimovic has had in France.

And in Gregory's Girl, by Scotsman Bill Forsyth (Britain, 1981), a teenager is moderately successful at soccer, but also dreams of other things — namely, girls. Soccer and love do not always match up. 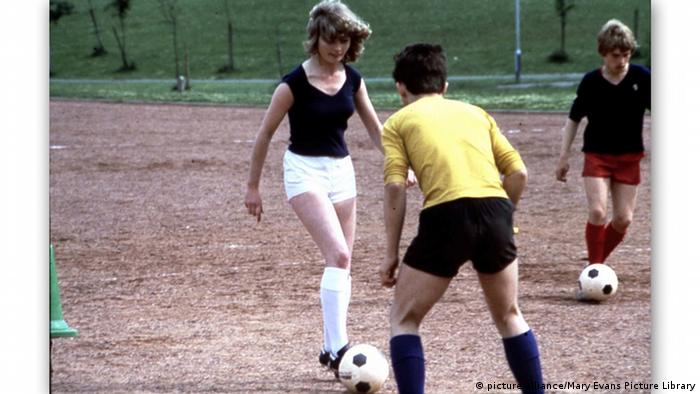 Deciding between soccer and girls in Gregory's Girl

Escape to Victory — or just Victory — by John Huston (USA, 1981, top picture) is set in occupied France during World War II. In a Nazi-run prisoners' camp, a match is organized between German soldiers, and British and American prisoners of war. While Victory is not exactly a highlight in the brilliant career of American star director John Huston, which other soccer film can pride itself in having soccer legend Pelé among its stars? 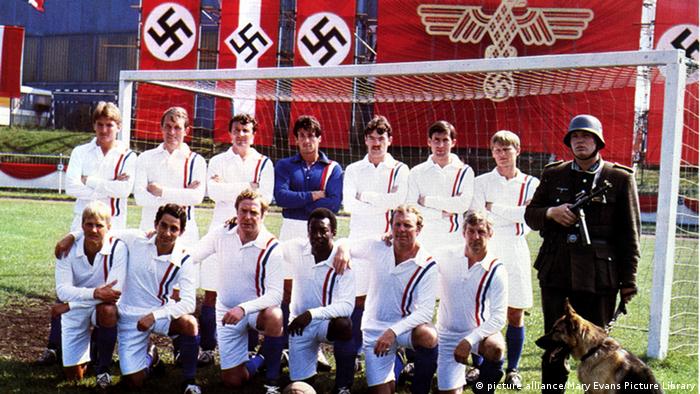 Far beyond both Pelé and Maradona, The Other Final, by Johan Kramer (Netherlands/Japan, 2003), is a rather quiet film focusing on two of the lowest ranking national teams in the world: Bhutan and Montserrat. They played against each other on June 30, 2002, the same day Germany played against Brazil during the World cup in Brazil. Bhutan won 4:0. But what certainly counted much more was that the game helped improve relations between the two countries.

Offside, by Jafar Panahi (Iran, 2006), has been banned in Iran. In the film, director Jafar Panahi shows women and girls trying to get into a stadium in order to watch a World Cup football match — which is strictly forbidden due to their sex. Panahi's film is both lovely and razor-sharp. 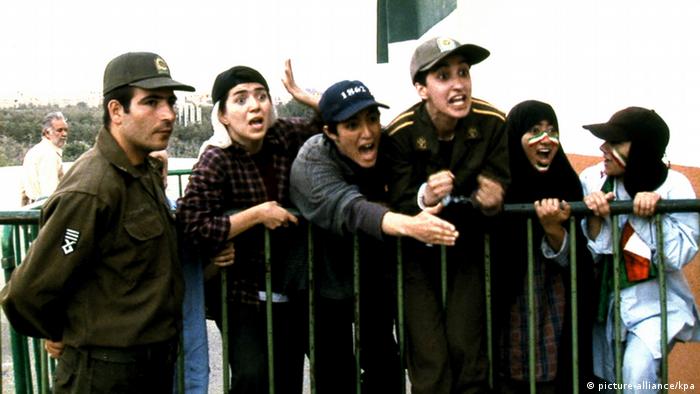 Only men are permitted in the stadium in Panahi's Offside

Another work featuring Bhutan: The Cup, by Khyentse Norbu, is a Bhutanese-Australian co-production from 1999. Norbu is not only a director, but also a monk, and shows in his film that football and spirituality are compatible with each other. His main protagonist wears a Ronaldo jersey underneath his frock. 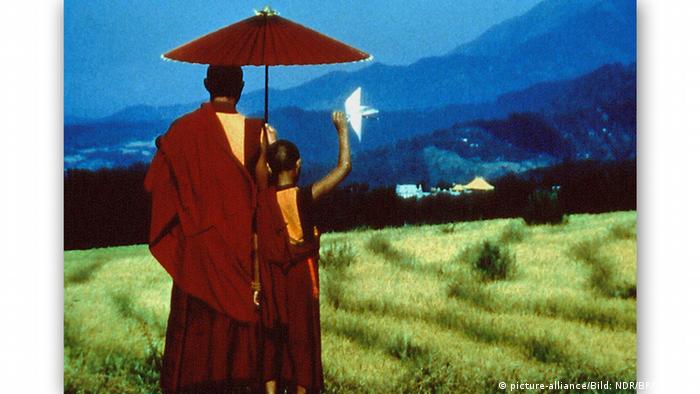 The Cup, by Khyentse Norbu, shows that meditation can be useful also in football

In Hothead, by Jean-Jacques Annaud (France, 1979), French actor Patrick Dewaere plays the luckless footballer Francois Perrin. He gets involved in the criminal ploys of a provincial club. But there is a happy end with Perrin shooting two goals, liberating himself from the bonds of the managers.

Offbeat and humorous: Artists from around the world have illustrated the players and coaches of all 32 World Cup teams, creating over 500 collectible football stickers to fill "Tschutti Heftli" scrapbooks across Europe. (11.06.2018)

Football fans love to sing, no matter what the score is - and apparently some players do, too. Here are some of our favorite classic soccer songs to get in tune for Euro 2016. (08.06.2016)

Learn to speak like a Weltmeister! With the Euro 2016 running from June 10-July 10, it's time to polish our football vocabulary. Here are 11 soccer words to help you follow along with the European Championship in German. (07.06.2016)