10 things you didn't know about Beethoven

How did a rat change Beethoven's life? Was he really a grouch? Who was his secret lover? There are enough books on the famous composer to fill a library, but there are still many mysteries surrounding his life. 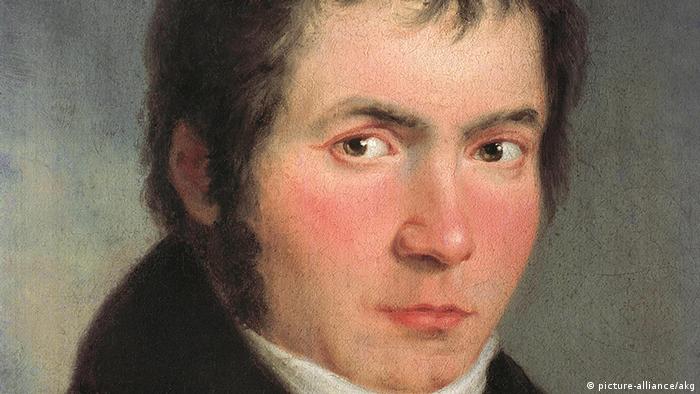 1. He wrote music for a dead poodle.

One of the first mysteries in Beethoven's biography is his date of birth. His birth certificate only states the date of his baptism, December 27, 1770, in Bonn. As a child, he learned to play piano, organ and violin. He gave his first concert at the age of seven.

When he was 12, he was already composing pieces with funny names like "Lied an einen Säugling" (Song for an Infant) and, later, "Elegie auf den Tod eines Pudels" (Elegy on the Death of a Poodle). The identity of the lucky poodle remains unknown.

2. He had a mysterious love life.

Beethoven never got married. It is said that he wrote his most famous piano piece, "Für Elise," for the German opera singer Elisabeth Röckel. He supposedly even asked her to marry him. 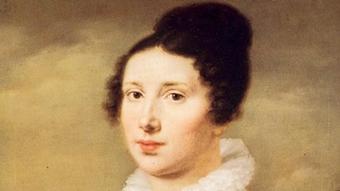 His friend Franz Gerhard Wegeler wrote: "In Vienna, Beethoven was always involved in love affairs." Among his private papers, Beethoven left behind love letters to an unknown lady, who has become known as the "Immortal Beloved." No one knows exactly who that was, but recent biographies claim it could be Antonie Brentano, who married into the famous Brentano family.

His chamber pot would remain unemptied under his piano and leftovers would be found scattered among his compositions. His face was stubby and pockmarked. This was Beethoven, too.

The cheerful young composer turned into a grouchy and ill-tempered man. He wrote in the letter now known as the "Heiligenstadt Testament" that his irritability was due to his increasing deafness. When Beethoven took custody of his nephew Karl after the death of his brother, he was so strict with him that the young man tried to commit suicide to escape his uncle's grip.

4. He was a musical revolutionary.

The era of Viennese Classicism came to an end with Beethoven. The composer with the wild mop of hair was considered a musical revolutionary and a pioneer of Romanticism. He wrote a choir into his Symphony No. 9 - that had never been done before.

He became known for his dramaturgical compositions and, instead of long motifs, he preferred short ones which were easier to recognize, as the opening of his famous Fifth Symphony illustrates.

Beethoven composed some 240 works, including symphonies, piano concertos, string quartets, and one opera. 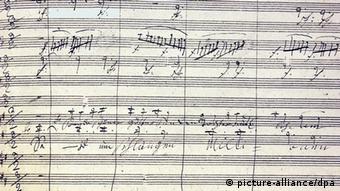 The score of the revolutionary Ninth Symphony

Beethoven was a perfectionist. He did not compose for his contemporaries, but for posterity. He would revise and correct his scores again and again, until late at night.

He achieved his goal: Beethoven is now one of the most frequently performed composers in the world. Even during his lifetime, he was able to live on his compositions. He also earned money with commissioned works for political figures of his time.

6. His only opera almost landed in the trash.

Peter Freiherr von Braun commissioned Beethoven's "Fidelio." At its opening performance in 1805, the opera was panned by critics. Beethoven successfully reworked it, producing a third and fourth version of the score.

The plot is based on an actual event of the French Revolution: A heroic woman, dressed as a man, freed her husband from the prison of the Jacobins. The interval signal used for decades on Deutsche Welle's radio programs was borrowed from an aria in "Fidelio." 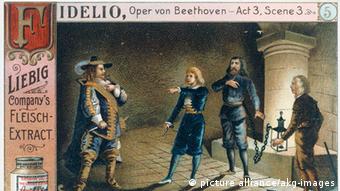 Beethoven only wrote on opera: "Fidelio"

7. He was inspired and infuriated by Napoleon.

Beethoven wasn't only interested in music, but also in philosophy, literature and politics. In the early phases of his musical career, he would pay tribute to heroism. He was a fan of the French Revolution and devoted his Third Symphony, the "Eroica," to Napoleon.

However, when Napoleon crowned himself Emperor, Beethoven furiously erased this dedication from his score.

8. Ta-ta-ta-Taaaa: He decided less was more.


The beginning of Beethoven's Fifth Symphony from 1808 is world renowned. The motif of the first movement is made of just four tones. Altogether, Beethoven wrote nine symphonies, a lot fewer than Mozart, who composed over 41.

Every respectable large orchestra has all nine symphonies in its standard repertoire. Beethoven's symphonies were so comprehensive and tremendous sounding that subsequent composers were paralyzed by the challenge of outdoing them.

The number nine also seems to have marked posterity: Gustav Mahler and Anton Bruckner never went beyond the ninth symphony either.

9. He influenced the development of the CD.

The final movement in Beethoven's Ninth Symphony is the most famous, as it served as the musical setting for FriedrichSchiller's poem "Ode to Joy." Beethoven was already deaf when he wrote it. The composer could not hear the frenetic applause when the symphony premiered on May 7, 1824.

The Ninth Symphony still influences music to this day. It served as the template of the 1970 worldwide pop hit "A Song of Joy." Since 1985, the instrumental version of "Ode to Joy" is the anthem of the European Union. The 80-minute standard for CDs established in 1982 was also influenced by the length of this approximately 70-minute symphony. Surveyed by developers of the product, the famous conductor Herbert von Karajan said that it should be possible to hear Beethoven's Ninth on just one CD.

Beethoven started becoming deaf in his late twenties. He couldn't hear anything by the age of 48, but suffered from tinnitus. According to recent studies, his deafness could have come from a form of typhus caused by a rat flea. Nevertheless, he continued to compose. 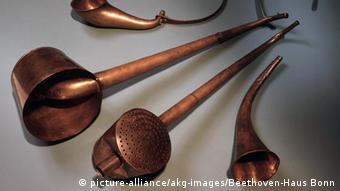 Beethoven wasn't only deaf, he was also in chronic pain

Beethoven had absolute pitch, so he could imagine the sounds and the harmony in his mind without hearing them on an instrument. It is now known that the attempts to heal him at the time were not only painful, they also contributed to additional inflammation, which only worsened Beethoven's suffering.

He became lonely and turned into a crank - which his biographers say is an unfair way to remember him.

Just as the number of classical music lovers is expanding in China, Germany's National Youth Orchestra has broken records of attendance during its tour there. Some cultural quirks can be surprising for Europeans. (28.07.2015)