Özdemir: 'Germany must do more for Iraq'

A million people have fled Islamic State militants and found refuge in Iraqi Kurdistan. But the conditions they live in are in dire need of improvement, German Greens politician Cem Özdemir tells DW from northern Iraq. 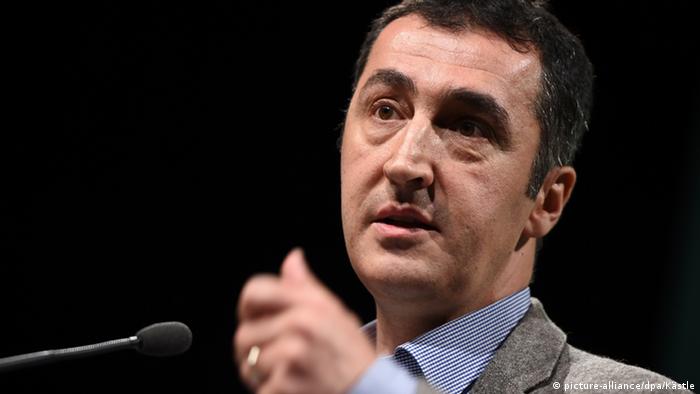 DW: What have you seen during your trip to northern Iraq?

Cem Özdemir: It is difficult to imagine the scale of the challenges faced in the northern Iraqi region of Kurdistan. Just look at the numbers: for five million inhabitants have been joined by more than a million refugees. Extrapolate that for Germany and it would be more than 20 million refugees. We'd certainly have massive difficulties as well. The government here should be complimented on its work, as should the UN organizations and many aid providers who have put up tent cities.

The largest problems are the crude buildings refugees here are living in. Many of the buildings do not have windows or doors and some are missing entire walls. Kids play and sleep on the fifth or sixth floor and when it's dark they fall because there is also no electricity. These buildings urgently need to be made ready for the winter.

Is aid from Germany and the rest of the international community arriving?

There are, of course, complaints that the aid isn't getting to the right spots fast enough. But at the same time, the size of the situation is difficult for organizers to manage. Not all the tents are ready for winter. It's important that we quickly help here and that Germany quickly increase aid. 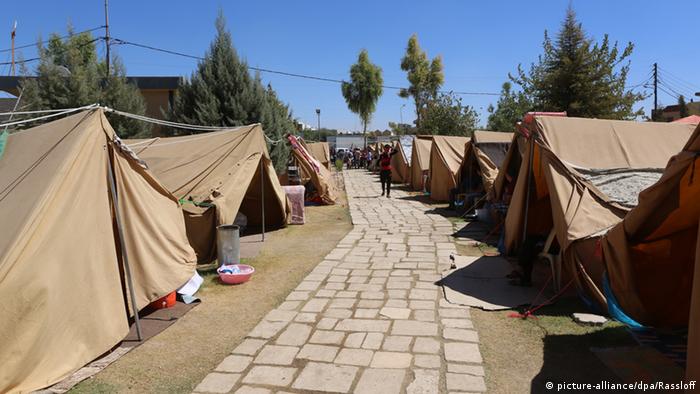 Accommodations for refugees need improvement before winter sets in

The conflict between the central government in Baghdad and the Iraqi-Kurd government in Irbil over the distribution of funding that actually belongs to the Kurds is also needlessly making the situation worse. Baghdad is using the money to pressure the Kurds.

Could Germany negotiate a solution?

Germany and others urgently have to get involved. One of the roots of the "Islamic State's" growth was that there was no strong central government in Baghdad. Iraq needs a strong army to take up the battle against IS. The idea that five army units were overrun by a few thousand IS fighters and ended up losing all their equipment is hard to swallow.

Iraq also needs a solution for its ties to Iraqi Kurdistan. We need to be actively involved. We also have to help Irbil in supporting Yazidis, Christians and Turkmen as a part of Kurdistan to be represented in the government, parliament and administration of their country.

Do you think the arms deliveries to the Kurds will be enough?

The situation for the Iraqi Kurd government has clearly improved, in part thanks to the arms deliveries. But IS fighters are fanatics and have better weapons. That means the Kurdish peshmerga fighters will continue to require support - particularly continued training. But the bigger problem is clearly for the Iraqi government. The Iraqi army has to be built up so it can also take up the fight.

Additionally, relations between Baghdad and Irbil have to be improved. It doesn't make any sense when both are fighting IS but not coordinating well enough with each other. That's a matter that certainly will be up to the Americans more than us Germans since their influence in the region is considerably larger. But the main question remains: what will happen if IS is beaten in Iraq but continues to find safe haven in Syria?

Cem Özdemir is a German politician and co-chair of Germany's Green Party.

IS has set up a complex bureaucratic infrastructure that includes health care and social benefits in territories it has seized. Secret documents obtained by German media outlets shed light on the group's inner workings. (14.11.2014)

IS terrorism: 'This is Germany's concern'

A group of experts meeting in Berlin agree that the advance of the terrorist militia "Islamic State" constitutes a threat to the West as well. So how best to meet the challenge? (07.11.2014)

Tribes still divided as 'IS' executes other Sunnis

Almost 300 members of a Sunni tribe are said to have been executed in the Iraqi province of Anbar by the Sunni militia "Islamic State." But that has not convinced the tribes to ally with the government. (06.11.2014)