Édith Piaf: The dark life of the singer of love

The French have declared her the "Singer of the Century." Édith Piaf was born 100 years ago, on December 19, 1915. Her career was legendary; her life was filled with myth and tragedy. 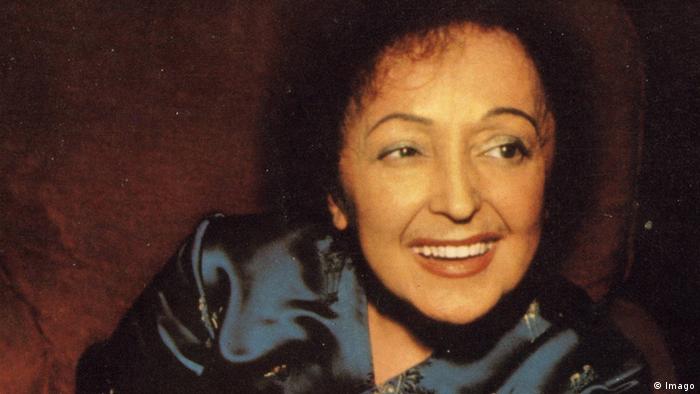 When she was buried on October 14, 1963 at the Père Lachaise cemetery, tens of thousands of people paid theirs last respects to Edith Piaf. Admirers of the great cabaret singer regularly adorn her grave with fresh flowers to this day. Piaf died on October 10, 1963 in Plascassier, or according to her the death certificate, on October 11 in Paris. Her husband Théo Sarapo arranged that - a big star like her could only die in Paris. That is not the only doctored detail in Piaf's biography.

Édith Piaf was given the name Édith Giovanna Gassion when she saw the light of day on December 19, 1915 in Paris. According to a popular version of her life story, it was at the entrance of apartment number 72 on Rue Belleville. But Édith's mother may also have actually made it to the nearby hospital before giving birth. 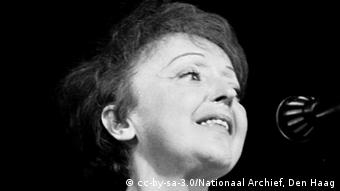 Performing passionately despite liver cancer: Édith Piaf in 1962 in Rotterdam

Her mother, the coffeehouse singer Annetta Jacqueline Gassion, was not very passionate about bringing up her daughter, so Édith Piaf lived with her grandmother, who nearly let her starve to death.

After that, her father, Alphonse Gassion, brought her to live with his own mother, who ran a brothel in Bernay - not a particularly favorable environment for a young girl, who was often beaten by her alcoholic father. After a childhood of violence and neglect, Édith Piaf found her way as a street singer.

Discovered on the street

Leaving her father at age 15, she earned her livelihood by singing in Paris. Passing by as she sung, the cabaret owner Louis Leplée noticed her voice and hired her to work at his Gerny's. Leplée gave her the stage name Piaf, and she was dubbed "La Môme Piaf" - Paris slang meaning "The Little Sparrow." By then she had already been through a violent relationship with her lover Louis Dupont and lost her only daughter Marcelle, who died of meningitis in 1934 when she was one and a half.

In 1935, Èdith Piaf recorded her first album. Shortly afterwards, her mentor Louis Leplée was robbed and murdered. Suspected of being involved in the crime, Piaf was was arrested. She was later declared innocent but decided to leave Paris for a while. 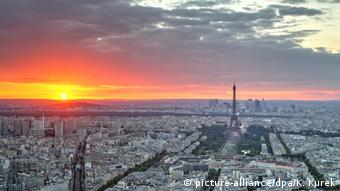 She stayed connected to this city: Paris

With the help of their new promoter Raymond Asso, Piaf not only returned to Paris but also launched an unprecedented international career, recording one album after another. Not even World War II interfered with her career. For this reason, Édith Piaf was suspected of collaboration with the authorities in German-occupied France.

For two weeks in a row in 1944, she performed at the Moulin Rouge. A year later, she conquered New York and met her true love there. Middleweight boxer Marcel Cerdan was however already married and had three children. When he died in a plane crash in 1949, Piaf's life fell apart. She compensated with alcohol, drugs and short-lived relationships, one of them with Georges Moustaki, whose career as a chanson singer she decisively influenced.

In 1959, she collapsed after a concert and had to be treated at the hospital for a perforation of the stomach. Édith Piaf was diagnosed with liver cancer but continued to perform, accompanied by nurses and morphine. In 1962, Theophanis Lamboukas approached her, wanting to become a singer. She gave him the stage name Théo Sarapo. Piaf fell in love with her young Greek protégé 20 years her junior, and they married in October.

Over 50 years after her death, Édith Piaf's glory has hardly faded - and part of the myth is certainly her eventful and sometimes mysterious life. To this day, Piaf is one of the most successful French-speaking singers, even ranking above the French-Canadian Celine Dion. Among her greatest hits are the unforgettable "La vie en rose," "Milord" and "Non, je ne regrette rien."

The master of the chanson

Long a legend, Charles Aznavour is the best known French chansonnier and arguably Armenia's most famous son. On May 22, he celebrates his 90th birthday - not at home but on stage in Berlin. (21.05.2014)

Tributes have been paid to French singer-songwriter Georges Moustaki who has died aged 79. He penned Edith Piaf's hit song "Milord" a number-one hit in Germany in 1960, among many others. (23.05.2013)