Robert Mugabe wanted to use his land reform program to eliminate the traces of colonialism by giving farms to black Zimbabweans. 15 years later the country can no longer feed itself. 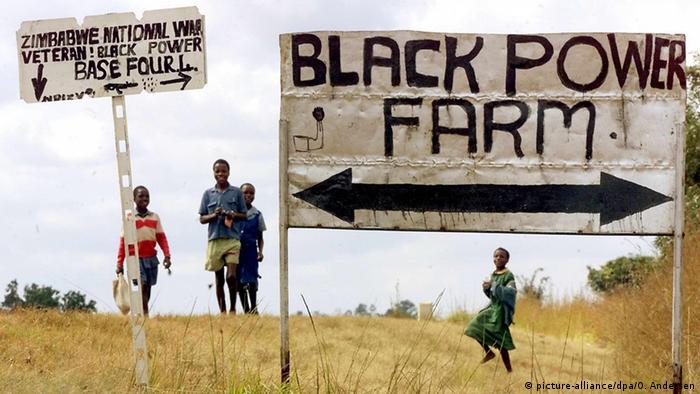 "Before the reform we had 26 agricultural products on the market, but now we have to import almost everything," says Prosper Matondi, managing director of the think tank Ruzivo Trust in the Zimbabwean capital Harare. For more than 16 years Matondi has monitored the agricultural problems of the country that once had the reputation of being the bread basket of southern Africa. The farming sector accounted for around 40 percent of Zimbabwe's gross national product and farmers also supplied neighboring countries with their produce. But today Zimbabwe imports large quantities of maize, a wide variety of fruit and other food products.

For observers like Matondi, responsibility for this reversal lies with one of the government's most ambitious projects. In 2000 President Robert Mugabe turned the agricultural sector upside down with his highly controversial fast-track land reform program. In the last 15 years more than seven million hectares (17.3 million acres) of land were redistributed. The official justification for this was that it was compensation for colonialism. Some 4,500 white farmers were dispossessed, sometimes forcibly, and a million black Zimbabweans were settled on their land. A number of new medium-sized farms were created but by and large the land was redistributed to small-scale farmers – and to people who had good connections to the Mugabe regime.

Since the reform, the farming sector has never really got back on its feet – and that is having a negative effect on the economy as a whole. According to the International Monetary Fund, the annual growth rate is only around four percent and exports are not so much food products but rather tobacco, platinum and gold.

However, analyst Matondi is reluctant to write off the fast-track land reform as a complete failure. He gives credit to the government for creating an agricultural model for smallholder farmers and he says the figures show that many Zimbabweans have actually benefited. "There has been a significant number of beneficiaries who have gained access to land."

Nevertheless, the overall picture is grim. 80 percent of Zimbabweans today live in poverty. As a result of the land reform, some 300,000 black farm workers lost their jobs. Like the dispossessed white farm owners, they received no compensation for their losses.

Matondi adds that too little attention was paid to women who, he says, are "the backbone of Zimbabwe's agriculture." Of the 70 percent of women who live in rural areas, more than half work in the farm sector. But with the implementation of the land reform, the government failed to seize the opportunity to abandon traditional hierarchies and give women more of a say in the running of the expropriated farms. 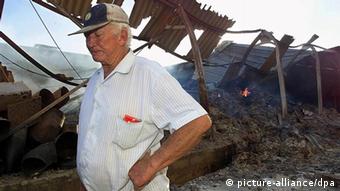 4,500 white Zimbabwean farmers lost their land under the reform

"There is massive land under-utilization," says political scientist Phillan Zamchiya who teaches in Harare and Oxford. Less than 40 percent is currently being used productively, he told DW. One reason for this is that no real work is being done on many of the new large farms now in the hands of members of the political elite. Small farmers lack the necessary know-how and do not have enough capital to purchase the equipment they need, seeds, fertilizer or fuel. They get no support from the government, Zamchiya says.

In addition, many questions remain unanswered. For example black farmers were given land but "there is no clear tenure system that guarantees that the land belongs to them," Zamchiya told DW. That meant farmers were uncertain whether they would be able to use the land in the long term or whether their wives and children would inherit on their deaths. "Tenure is hitched on the political party that you support," Zamchiya said. It is equally unclear how responsiblity is divided between the various ministries and authorities who should be able to clarify such issues.

Matondi rejects the argument that commercial large farms would be better, saying this is outdated. Since the 1990s there have been a number of studies, some by the World Bank, which have showed that smallholders work more efficiently than commercial large-scale farmers. However their potential is not being used to its full extent. 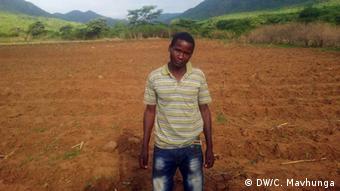 Before the fast-track land reform, there was a strong lobby for commercial farms. Unlike smallholders, they received financing "for their farm operations, for infrastructure, for irrigation development and so on," Prosper Matrondi said. Now, the small farm sector is in need of similar support.

For political scientist Zamchiya, the fast-track land reform is just a symptom of a much larger problem in Zimbabwe. "Most of the government reform programs exhibit the same tenets of patronage meant to maintain a regime in power," he said. "The way it is distributed is on partisan lines and those who are not supporting ZANU-PF [the party of President Mugabe] are left to die of hunger.”

In short, if Zimbabwe's food supply and economic problems are to be solved, corruption and political nepotism must be tackled first.

Current humanitarian crises in Africa, for example in South Sudan and Central African Republic, make it difficult for the World Food Program to tackle the long-term problem of hunger in Zimbabwe. (04.02.2014)