Current humanitarian crises in Africa, for example in South Sudan and Central African Republic, make it difficult for the World Food Program to tackle the long-term problem of hunger in Zimbabwe. 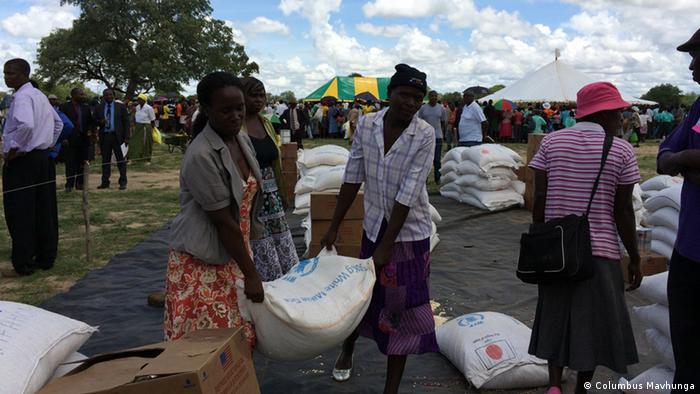 An estimated 2 million people in Zimbabwe are said to be facing starvation. The World Food Program (WFP) has been finding it hard to raise funds to ease their situation due to demands from more recent crisis regions on the African continent.

Then, at the end of January, came the news that the Japanese government was donating $4.2 million (3 million euros) to boost food and nutrition security among some of the poorest families in Zimbabwe. Japan has been funding food assistance to developing countries since 1968, with some $35 million specifically for WFP's operations in Zimbabwe.

WFP country director for Zimbabwe Sory Ouane said the donation had come at an important time since the WFP had not been able to reach its goal of assisting 1.8 million of the 2.2 million hungry people in the affected areas. 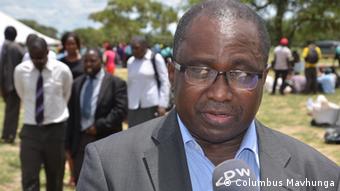 "So far we have been able to reach only 1.2 million people," Ouane told DW, adding that the WFP had only been able to give these people half the amount originally planned. Ouane warned that if more international aid was not forthcoming, the WFP would have to scale down its operations still further.

Villagers in Siphambi village, in Mavingo province, said they could only manage to have at most one meal a day. One of them, 92 year-old Tawonwezvi Masocha, who looks after his four grandchildren, said he was not sure if they would survive. "There is too much hunger. We are praying for rain and hoping for divine intervention," he told DW.

From breadbasket to food importer

Food shortages have plagued Zimbabwe since 2000 when agricultural production decreased dramatically. The government of President Robert Mugabe attributes this to drought, but critics say it is a result of chaotic land reforms. Under the "Fast-Track Resettlement Program" which began in February 2000, many white landowners were forced to leave their properties.

Zimbabwe, once the breadbasket of Africa, has now become a net importer of food. Early this year, the government announced it would be importing 150,000 tons of maize from neighboring South Africa. 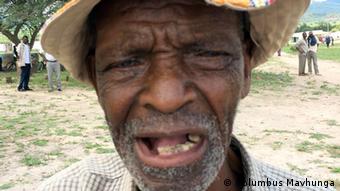 Tawonezvi Masocha is struggling to survive on the meager handouts

However, acting principal director in the Ministry of Public Service, Labor and Social Welfare, Sydney Mhishi, told parliament that his ministry had not been given enough funds to pay for even a quarter of the planned imports.

Kudakwashe Bhasikiti, the government minister responsible for Mavingo province, sees irrigation schemes as "the panacea for our recurring droughts." He said the government would engage donors over the supply of resources for irrigation, adding: "We can do it again, being a breadbasket of the region again."

But for the time being, Tawonezvi Masocha and his fellow villagers struggle to make do with one meal a day.

According to a fresh United Nations report, one-in-eight people worldwide still goes hungry. And although progress has been made in many regions, a relevant Millennium Development Goal looks hard to meet. (01.10.2013)