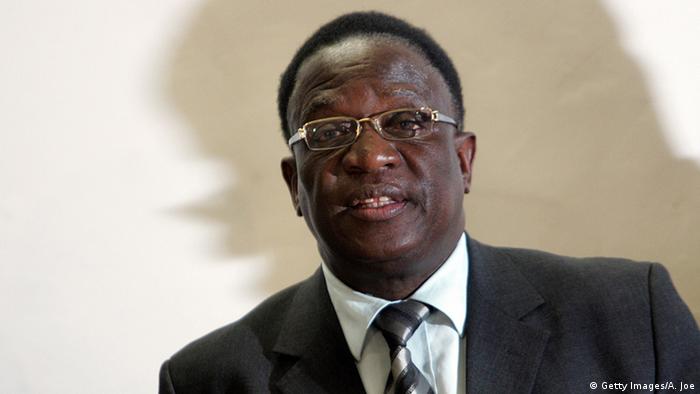 President Mugabe announced the names of his new deputies following the sacking of Mujuru and another 10 cabinet members. Mujuru had been regarded as the person most likely to replace the 90-year-old leader when he leaves the political stage. For an assessement of the new appointments DW turned to Zimbabwean journalist and blogger Vincent Musewe.

DW: Vincent Musewe, what does the news of the new appointments mean for Zimbabwe?

Vincent Musewe: I think it takes away a lot of anxiety because there was a lot of speculation about who Mugabe would appoint. But this puts paid to the anxiety and we can now focus on the economy. Initially we had predicted that Mnangagwa could be the next guy. There were rumors that when Mugabe went to China he was told that China was backing Mnangagwa as the next president. This kind of confirms that. But the good thing is that at least he is a person of substance, not just a lame duck as vice president.

DW: What should we expect from these two new figures in terms of the way ZANU-PF is operating?

It stabilizes ZANU-PF. In Zimbabwe the vice president has never really had a substantive role to play in managing the country because Mugabe does not like to delegate. But given his age and the way he acts, it's about time he retired. So we are expecting at least that more work will be given to the younger Mnangagwa who is quite aware of the issues, particularly concerning the economy and foreign investment. The only danger is that China might have an increased role in the economy which could then crowd out the rest of the West. Mnangagwa has worked with China for quite a while, for example with transactions in the mining sector. What I'm saying is that if the VP [vice president] now has more influence, that could increase the influence of China on the Zimbabwean economy and obviously that would not be good for the West. 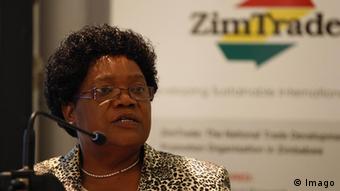 Why is that such a bad thing?

The nature of the transactions that China has been carrying out in Zimbabwe have not been to the best advantage of Zimbabwe but to the best advantage of China. We have a problem here in that we don't see China as a developmental partner. It has been more of a political partner for ZANU-PF. All the deals they do, they kind of go through ZANU-PF which crowds out everybody else in the private sector.

You mentioned the age of President Mugabe - is that why he has appointed not one but two deputies?

There is a deal between ZANU and ZAPU which came about with the unity accord many years ago that one of the vice presidents would always come from ZAPU. But we are not expecting ZAPU to really have a significant influence, they have always been the second vice president. The first VP is the one who is really in charge if Mugabe is not around. We are hoping that when he retires the first vice president - Mnangagwa - will take over.

So is it clear that Mnangagwa is the one who will succeed Mugabe?

It is never clear! Mugabe will never come out in the open. He is still the candidate for 2018 but I do not think he appointed Mnangagwa just for reasons of balance. I think he is looking ahead. I think it's anyone's guess because Mugabe has the power under the constitution to nominate a successor. That successor will not be chosen through the ballot, will not be elected. He could also nominate his wife Grace to succeed him with Mnangagwa staying on as VP. We suspect that a deal has definitely been done because Grace was also promoting Mnangagwa as the appropriate person to take over from Joyce Mujuru. There could have been a deal done there; Mnangagwa comes in now but Grace must be elevated and I think that is a deal in the making.

What about the people who were sacked, should we expect them to fight back and form an anti-Mugabe movement?

It's going to be difficult for them. For them to establish another ZANU would be good for democracy but would they gain any advantage? You must remember that these are people who have been part and parcel of the ZANU-PF problem for the last 34 years. So I don't think we as Zimbabweans will be very keen to support them because they would be basically the same people but in a different party. They have historical baggage which will not get them that support.

Zimbabwe's ruling party ZANU-PF has confirmed the wife of President Robert Mugabe as the head of the its women's wing, giving her a seat at the top table of national politics. It also reappointed Mugabe as leader. (06.12.2014)

During a ZANU-PF party congress, Zimbabwe's President Robert Mugabe has rejected speculation that he plans to step down and verbally attacked his deputy who had been widely tipped to succeed him. (05.12.2014)

Zimbabwean President Robert Mugabe has purged his one-time most likely successor, denouncing her at a party congress. The veteran leader is expected to nominate several loyalists, including his wife, to key positions. (05.12.2014)