Zimbabwe's ruling party ZANU-PF has confirmed the wife of President Robert Mugabe as the head of the its women's wing, giving her a seat at the top table of national politics. It also reappointed Mugabe as leader. 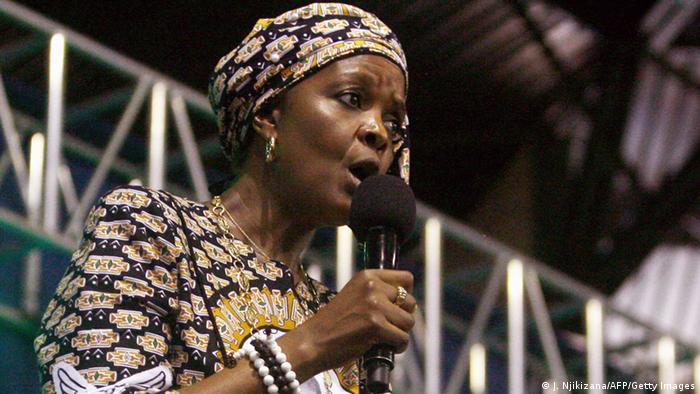 The ruling party of Zimbabwe elected Grace Mugabe as the new head of its women's division, marking an entry to top-level politics for the relatively inexperienced first lady.

Appointment to the post means the 49-year-old gains a seat on ZANU-PF's decision-making politburo, making her a leading contender in the race to succeed her veteran husband.

In the past few months, the former typist has embarked on a campaign to sideline Mugabe's Vice President Joice Mujuru, who last week failed to win a seat in the party's central committee.

"I am merely fulfilling your wish by formalizing and declaring her appointed secretary of women's affairs in ZANU-PF," Mugabe told the party congress.

Grace Mugabe won a surprise nomination to lead ZANU-PF in August, and has indicated that she would one day like to become president.

Mugabe, who has led Zimbabwe since independence in 1980, was also approved once again as party leader. "I want to thank you profoundly for once again choosing me to lead you," he told some 12,000 members at a parade ground in the capital, Harare.

On Thursday, at the opening of the party conference, Mugabe openly denounced Mujuru, accusing her of leading a group inside the party that was intent on ousting him from power.

Mujuru, who became a member of cabinet at the age of 25 when Mugabe was elected president in 1980, is now effectively out of the running. However, she remains vice president until Zimbabwe's ZANU-PF-dominated parliament votes to remove her.

A fellow contender of Grace Mugabe for the presidency, and possibly the favorite, is current Justice Minister Emmerson Mnangagwa. He was also the victim of a purge, losing his job as vice president back in 2004 after being accused of excessive ambition.