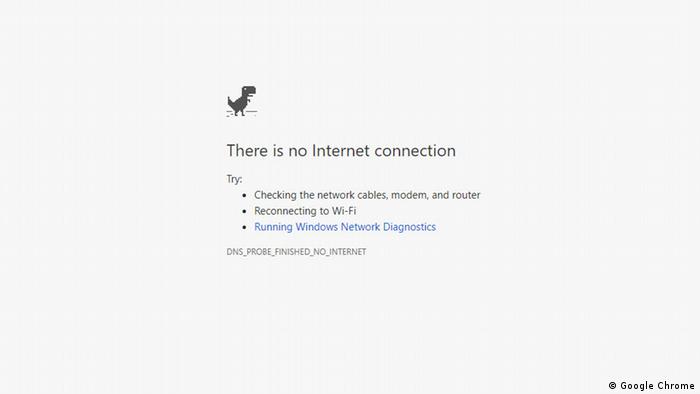 Zimbabwe's High Court ruled on Monday that the government of President Emmerson Mnangagwa had no right to shut down internet connection to parts of the country. It has ordered the immediate and full restoration of internet access, shut down in part during unrest against Mnangagwa's administration.

Some parts of the internet had been restored over the weekend after a shutdown last week, but social media and messaging apps such as Facebook, WhatsApp and Twitter remained blocked.

The capital, Harare, was slowly returning to normal on Monday after weeks of protests over a massive increase in the price of fuel, making gasoline more expensive in Zimbabwe than anywhere else on Earth. Government officials say 12 people were killed in clashes between demonstrators and police, but NGOs have put the death toll higher.

More than 600 people have been arrested, including high-profile opposition figures such as the trade union leader Japhet Moyo, who was charged with subversion on Monday for his role in organizing a general strike last week.

President Mnangagwa has announced that he will cut short his international trip, skipping the World Economic Forum in Davos, Switzerland. He is currently in Kazakhstan and had been visiting Russia when the violence erupted last week.

Mnangagwa's government has been criticized by the UN for its "excessive use of force" in cracking down on the unrest. Although many hoped that Mnangagwa, an ally-turned-critic of former strongman Robert Mugabe, would change the culture of authoritarianism in Zimbabwe, these hopes have been dashed in recent weeks.

Speaking at the funeral of Tinashe Choto, a young footballer who was shot in the head at protests, the leader of the main opposition Movement for Democratic Change party, Nelson Chamisa, said: "This is a sick government because no serious government will deploy military and live ammunition against ordinary citizens."

Zimbabweans continue to express their anger at new government austerity measures which aim to boost the country's struggling economy, as security forces crack down on protesters. But a solution may be a long way off. (14.01.2019)

Zimbabwe opposition: We are not to blame for the violence

Zimbabwe's opposition says that it is not responsible for violent protests over fuel price hikes. An analyst tells DW the government is using tactics "reminiscent of the Mugabe administration." (16.01.2019)