Zambia's election is too close to call

Thursday's election in Zambia is a tight two-horse race between the ruling Patriotic Front and the opposition UPND. President Edgar Lungu and his main challenger Hakainde Hichilema are both anxious to avoid a run-off. 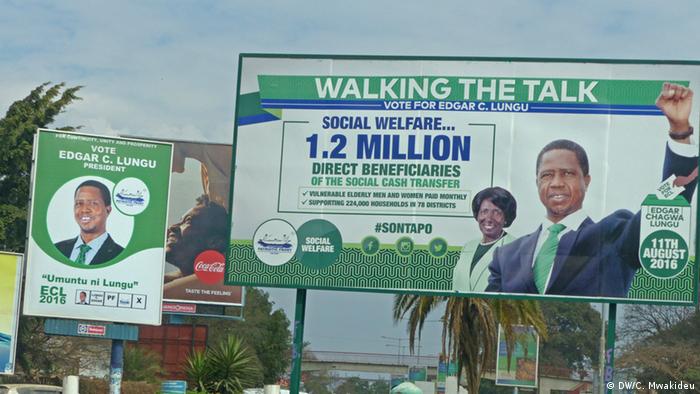 It has been described as an historic but tense vote. For the first time, Zambian voters will have the opportunity to elect their president, vice president, members of parliament, councilors and also the chance to vote yes or no on an amendment to the constitution in a referendum.

The two main political parties, the ruling Patriotic Front (PF) led by President Edgar Lungu and the opposition United Party for National Development (UPND), are scheduled to hold last minute rallies in the capital Lusaka on Wednesday as they both seek to woo voters on the eve of polling day.

The 2016 Zambia election has undoubtedly become one of the country's most contentious. Just two days before the elections, violence broke out at a rally organized by President Lungu's Patriotic Front (PF) party. His supporters reportedly attacked UPND cadres in Mtendere, a low income settlement in Lusaka. 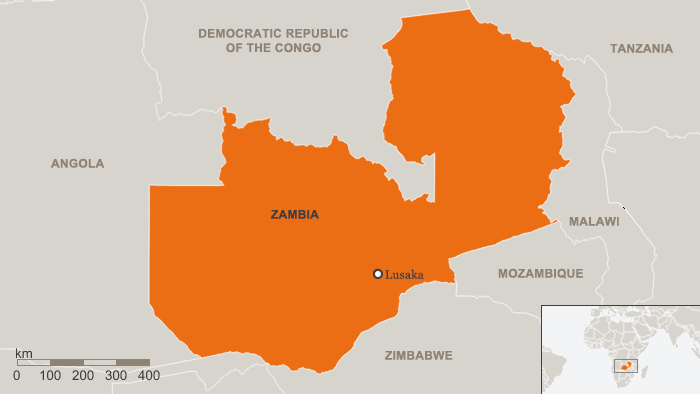 The incident took place only a day after the head of the AU Observer Mission (AUEOM), former Nigerian president Goodluck Jonathan, said Zambia's political and electoral climate was conducive to the holding of elections. Neo Simutanyi, a political analyst in Lusaka, told DW that conditions were far from ideal.

"The political environment is tense and the people are fearful that there maybe an outbreak of violence," Simutanyi said. The stakes in this year's election were very high and that was the reason behind the upsurge in violence.

"There are also issues about the fairness and impartiality of the Zambian Electoral Commission, it has taken decisions that have not been acceptable to all the stakeholders," Simutanyi added.

He also said the electoral roll was still mired in controversy because of concerns about foreign voters.

Following the death of President Michael Sata, Edgar Lungu narrowly beat Hakainde Hichilema in the 2015 presidential by-election. Only 27,000 votes separated the winner and the loser. This time, both candidates say they are confident of victory in the first round of voting.

However, a change in the constituion means that the winner must now secure more than 50 percent of the vote, making a run-off likely.

Hichilema, popularly known as HH, enjoys strong support in the south where he won nearly 90 percent of the vote in last year's election. His rival President Lungu can expect support from the north.

Observers say it is difficult to gauge which of the two main candidates is the favorite because unlike past elections, no polls have been conducted this time. 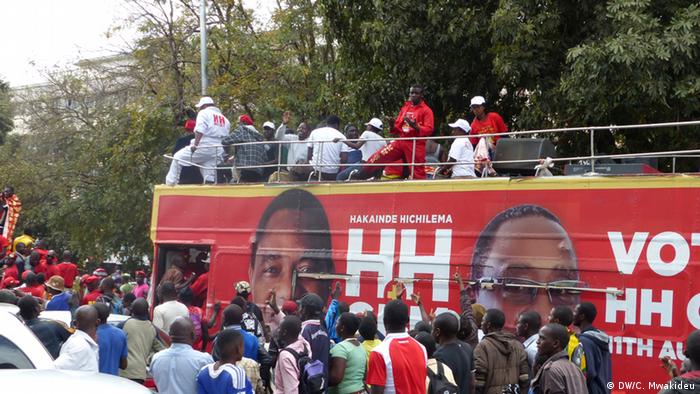 Several top members of PF have defected to UPND. They include former Vice President Guy Scott, former First Lady Maureen Mwanawasa and Mulenga Sata, the son of late President Michael Sata. Scott and Sata senior were the founding members of the Patriotic Front, but Scott fell out with Lungu after Sata senior's death.

Zambian police have charged three people including two editors of a newspaper critical of the government shut down last week. Tensions are rising ahead of elections in August. (28.06.2016)

In Zambia, a key independent newspaper has been shut down, allegedly over tax irregularities. But in an election year, critics of President Lungu's government are suspecting political meddling in media freedoms. (23.06.2016)