Yellen faces rate puzzle after one year in office | Business| Economy and finance news from a German perspective | DW | 02.02.2015

Yellen faces rate puzzle after one year in office

After ending the massive bond-buying program during her first year at the helm of the US Federal Reserve, Janet Yellen has to deal with the more difficult task of raising interest rates in her second year. 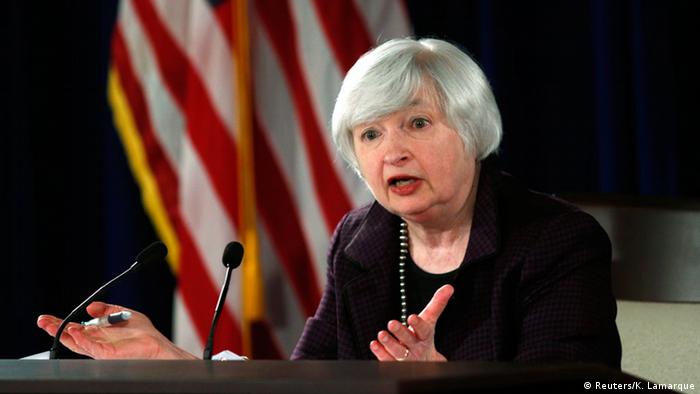 "The American people will have a fierce champion who understands that the ultimate goal of economic and financial policymaking is to improve the lives, jobs and standard of living of American workers and their families," said President Barack Obama in a statement following Yellen's confirmation as head of the Federal Reserve by the US Senate in January last year.

Yellen, who became the first woman to run the Fed in its 100-year history, took charge of the world's most important central bank at a critical juncture. At the time, the bank's balance sheet stood at a whopping $4 trillion due to the massive stimulus program it initiated, in an attempt to push down long-term borrowing costs and boost economic activity. As vice chair of the Fed under her predecessor Ben Bernanke, Yellen argued in favor of the measures to pump money into the markets.

The Fed has a dual mandate of maximizing employment and maintaining price stability. And the monetary stimulus is believed to have acted as a boon to the economic recovery; with US growth rebounding and unemployment declining. 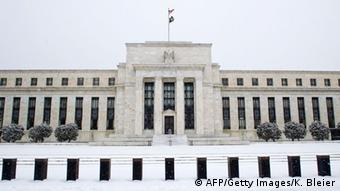 Yellen is the first woman to lead the US Federal Reserve

At the time of taking over as head of the Federal Reserve, one of the major tasks faced by the 68-year-old central banker was to end the extraordinary stimulus, which Yellen managed to accomplish without unsettling financial markets.

The major challenge waiting in the pipeline for Yellen, however, is the widely anticipated interest rate hike. The US economy has seen strong growth in recent months. Although economic expansion in the fourth quarter of 2014 fell to 2.6 percent from some 5 percent in the third, the figure is still much higher than that in other developed economies such as Japan and the euro area.

In a statement released after its latest policy meeting, the Fed said that the US economy was growing "at a solid pace," despite weakness abroad, signaling that the central bank remains on course to raise interest rates later this year.

Although the recovery in the housing sector continues to be slow, household spending and business fixed investment are increasing, the central bank said in its monetary policy statement. Indeed, consumer spending rose at an annualized rate of 4.3% in the fourth quarter, its fastest pace since the first quarter of 2006.

There was also good news on the jobs front. "Labor market conditions have improved further, with strong job gains and a lower unemployment rate," it said. 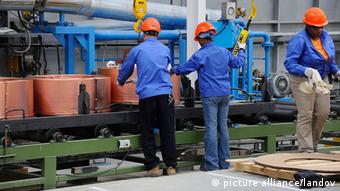 US economic growth has outstripped that of other developed economies

Nevertheless, global developments also weigh strongly on the decision to raise the Fed's key federal funds rate, which has remained near zero since late 2008. The global economy remains fragile, with the Chinese economy witnessing a slowdown, while Europe stagnates and Japan slips back into recession.

The diverging economic prospects have pushed up the value of the US dollar against other major currencies. Moreover, in a bid to revive the moribund eurozone economy, the European Central Bank recently unveiled its own bond-buying program amounting to about 1.1 trillion euro. This move caused further strengthening of the dollar against the euro, which surged by some 20% against the common currency in the past six months.

Although a stronger dollar allows the US to import more cheaply, it also has a negative impact on the country's exporters by increasing the cost of their products, thus bestowing a competitive advantage on their counterparts from other countries.

Furthermore, despite the economy picking up speed, inflation in the US continues to hover below the Federal Reserve's target of 2 percent. In fact, the Fed said recently that it now forecast inflation to fall to between 1 percent and 1.6 percent in 2015, down from a previous estimate in September of 1.6 percent to 1.9 percent. The slump in crude prices, which dropped by more than 50 percent since mid-2014, has also contributed to the lack of upward movement in prices, say economists. 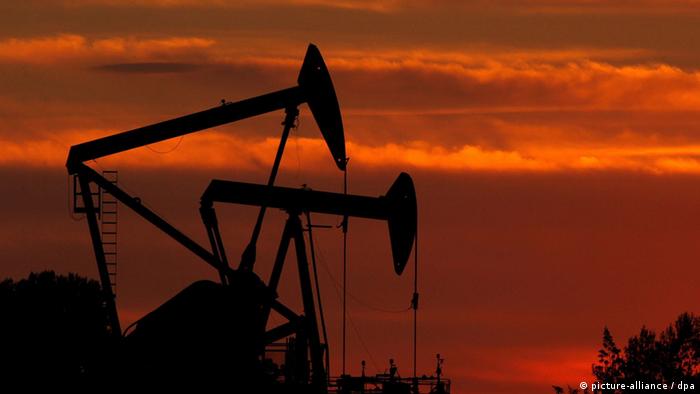 Against this backdrop, Yellen faces a stark choice as raising interest rates could lead to further appreciation of the dollar, since the move could entice investors in search of yields to pile into dollar-denominated assets. The recently released economic data showing a drop in orders for durable goods, reflecting industrial weakness, also underlined the tough task ahead for Yellen.

While she hinted last month that there wouldn't be any rate increase in the next couple of months, many analysts expect the central bank to raise its benchmark short-term interest rate by mid-2015. The decision could not only test Yellen's ability to achieve consensus among her colleagues, but also mark her term as the Fed's leader.

US economy in fourth-quarter slowdown

US economic growth slowed to under 3 percent in the final quarter of last year despite a surge in consumer spending. Analysts said the economy looked set to pick up in the current year, supported by low oil prices. (30.01.2015)

The US Federal Reserve has reiterated that it will be "patient" in raising interest rates from record lows, but is signaling greater concern about excessively low inflation. (28.01.2015)

The value of the euro has dropped to its lowest level against the US dollar since 2003. The sudden slump followed the ECB's announcement of a massive bond-buying program which it hopes will boost inflation. (22.01.2015)

The German government had hoped to avoid a second standstill of the country's society and economy. But with rapidly rising coronavirus cases, a U-turn seems likely.