The US failed to end Boeing subsidies even after the WTO ruled such measures illegal, according to the trade body. The EU declared "final victory" in the massive trade spat, but the bloc also faces issues over Airbus. 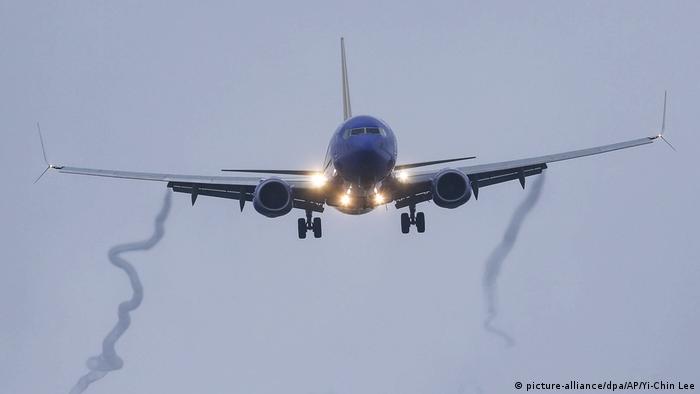 US aerospace giant Boeing has received unfair tax breaks in the US state of Washington, an appellate panel in the World Trade Organization (WTO) ruled on Thursday.

The tax break of some $100 million (€89 million) annually harmed the sales of Boeing's European rival Airbus, according to the WTO officials.

The decision, which is not subject to appeal, opens the way for the EU to claim billions in damages. The damages are estimated based on the negative impact of the subsidies and not the subsidy itself.

EU trade officials described the ruling as a "final victory" in the 15-year-long dispute.

"The Appellate Body has now settled this case definitively, confirming our view the US has continued to subsidise Boeing despite WTO rulings to the contrary," European Trade Commissioner Cecilia Malmstrom said in a statement.

However, a 2018 ruling by the WTO already found that the EU was also failing to stop its own illegal subsidies for Europe's Airbus. Washington has since claimed an unspecified amount in damages and a WTO mediator is still examining this claim.

The EU and the US have traded accusations on illegally subsidizing their respective aircraft manufacturers since 2004. The alleged subsidies vary from tax breaks and government research and development funding, to state issued loans, as both sides seek to give their companies a leg up in the global rivalry.

In 2011, the WTO found that Boeing received $5.3 billion in illegal subsidies between 1989 and 2006. The verdict was confirmed in 2012. In late 2016, the WTO found some US subsides have continued despite the global body declaring them illegal, and the Thursday verdict confirmed this decision.

While the two sides threaten each other with claims of billions of dollars in damages, both Washington and Brussels have speculated about a new deal between the US and the EU concerning Boeing and Airbus. If such a deal is passed, damage claims could be withdrawn.

The ruling against Boeing comes as the company's image is deeply shaken by the two deadly crashes of its new 737 Max 8 model.