The scale of the coronavirus pandemic could have been prevented, an independent global panel has said. Governments and the WHO have been accused of not reacting quickly enough to early warning signs. 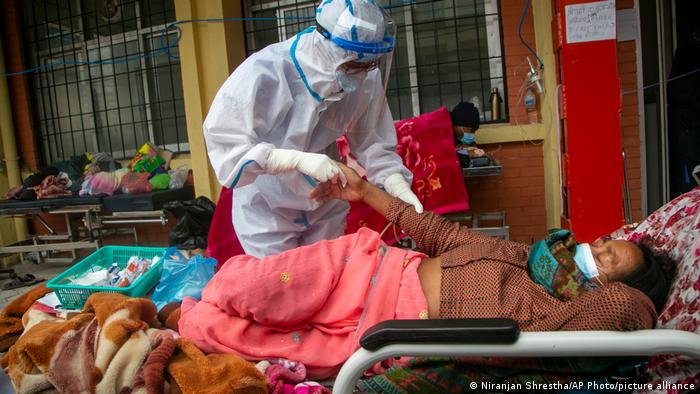 The catastrophic scale of the coronavirus pandemic could have been prevented, an independent global panel concluded Wednesday.

A combination of dithering and poor coordination provided a "toxic cocktail" that hastened the spread of the virus that has claimed more than 3.3 million lives.

"We have identified failures at every stage, and we do believe that it could have been possible to prevent this pandemic," panel co-chair and former Liberian president Ellen Johnson Sirleaf said.

Early responses to the outbreak detected in Wuhan, China, in December 2019 "lacked urgency," with February 2020 a costly "lost month" as countries failed to heed the alarm, said the panel.

What to do now?

To tackle the pandemic, the IPPPR said rich countries should donate a billion vaccine doses to poorer countries.

The panel also said wealthy nations need to provide funding to organizations that aim to prevent and prepare the world for the next pandemic.

WHO and governments 'lost' costly month

The World Health Organization (WHO), which did not escape criticism in the report, declared the outbreak a Public Health Emergency of International Concern on January 30, 2020, before characterizing COVID-19 as a pandemic just six weeks later.

The IPPPR said the WHO declared the global emergency more than a week too late, but the panel saved its biggest censure for institutions that "failed to protect people" and science-denying leaders who eroded public trust in health authorities.

To tackle the pandemic in its current state, the IPPPR called on the richest countries to donate a billion vaccine doses to the poorest countries.

German President Frank-Walter Steinmeier expressed regret that COVID restrictions have separated Muslims from their families and friends for a second year at Eid al-Fitr. However, he said hope was around the corner.