World chess champion Magnus Carlsen: 'The computer never has been an opponent'

World chess champion Magnus Carlsen will be defending his title this fall against his Russian challenger, Sergey Karjakin. The 25-year-old Norwegian tells DW how he wants to make chess more accessible to everyone. 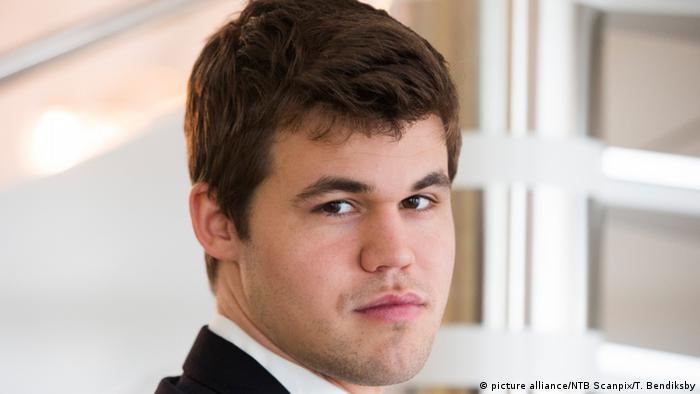 DW: Since the end of March, you've known that you will be competing against the Russian Sergey Karjakin at the World Chess Championship in November. Have you already started preparing?

Magnus Carlsen: I cannot say that I've already started my preparation. I've started thinking about it. But my main focus now is on the next tournaments that I have.

When do you plan to begin?

How important are computer programs for your preparation?

Computers are very important for sure. All the analysis I've done has been with the help of the computers. You constantly need them.

When you practice chess, do you sit in front of the computer most of the time or do you play on a traditional chess board?

My practice at home is with the computer. When I study chess with other people, we always have a chess board. But on my own, it's always at the computer.

Were you surprised that Sergey Karjakin won the Candidates Tournament in March in Moscow? 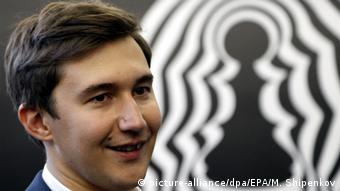 I was not very surprised that Karjakin won. While he had the most tournament wins, I always considered him one of the favorites in this tournament. He has very strong, very good nerves and he defended extremely well. So I thought he would be perfect for this kind of tournament, and also at home in Russia he had an extra advantage.

Sergey Karjakin just pulled out of the Norway chess super tournament - at very short notice. The tournament begins on April 18. Were you surprised or do you understand why he decided to do this?

I can understand that he didn't want to play the tournament after all. But I think contracts should be honored. From my own experience, I know that I don't want to agree to tournaments very shortly after such a tournament. Sometimes after such a trial you will have some positive feelings from having done well and might still have some energy left. But most of the time you will be just drained - mentally and physically - and so it's not a good idea to sign up for tournaments so quickly after such an event.

Or do you think maybe he is a bit afraid to play against you before the World Championship?

No, I mean I have played against Sergey in tournaments since we were both 13 years old. So we know each other well, and I don't think anything would happen in our games. If we played one game now, I don't think that would heavily influence how we evaluate each other as chess players.

For the Candidates Tournament, the commercial partner of the World Chess Federation (FIDE), Agon, decided for the first time to allow the online live transmission of the games from the Agon platform only. It didn't work well and of course excluded other platforms. Do you think it was the right decision?

I think in principle it's a good idea that the organizers have rights that they can sell. But yes, unfortunately this time it didn't work very well. And then it obviously doesn't look very good.

Do you expect the same exclusive online live transmission for the World Chess Championship in New York City as well?

I don't really know, but I expect them to evaluate what was happening now in Moscow and to do a much better job next time.

Both chess - and more recently the Asian game of Go - are now played better by computers than by humans, even by the very best like you. Does that take away the magic of brain games like chess?

Yes, to some extent it takes a bit of the mysticism away. But as for chess, we've known for a long time that computers are better, so the computer never has been an opponent. It's a tool to help me analyze and to help me improve at chess.

Would you participate in a public game against a computer in the near future - or is that not an option for you? The last one I remember was Vladimir Kramnik against Deep Fritz in 2006.

I personally never wanted that. I find it much more interesting to play humans. And also, of course, now that they have become so strong in a game like that, I wouldn't stand a chance.

You're quite popular among young people in Germany and elsewhere. You already do some activities to make chess more popular among children, like visiting chess classes in schools, and releasing your Play Magnus app. You also have marketing experience. Wouldn't you like to be the one who makes chess a really cool sport with a proper marketing campaign?

Yes, I try to bring chess to more people around the world, and I have very good people working with me. I guess also the most important thing for me is to continue to play well. If I cannot be the best chess player that I can be, I cannot make chess more accessible.

You do advertisements for clothes, cars and other things. You also registered your name as a trademark. When will the first products with your name and label enter the market?

We already have the Play Magnus app, and there will be more of Play Magnus coming. But if you are thinking of clothes or something - I don't think that is going to happen very soon.

Emanuel Lasker was the first and only German world chess champion so far - from 1894 to 1921. That is more than 100 years ago. Is there anything the German chess scene can learn from Norway and your career? 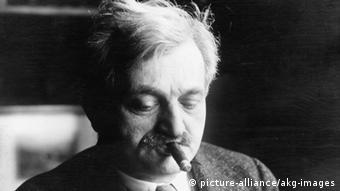 The first and only German World Chess Champion Emanuel Lasker

I think there are definitely enough chess players in Germany. There is a lot of interest. It seems to me that there is decent interest among young people. In Norway, we have a policy of letting the kids do what they want. And it's always supposed to be fun. I don't know how it is in Germany, but I think that is very important.

Germany has a long tradition of taking chess seriously as a sport. Why do you think countries like Russia, and now China and India, seem to be doing a lot better than Germany?

I don't really know. Russia always had great chess traditions. And in China there are millions of kids playing chess. In Germany, it seems to me that there are a lot of chess players, but the emphasis has always been on chess as an amateur sort of activity.

Your opponent in November, Sergey Karjakin, was born in Ukraine and moved to Russia. Do you think that the World Championship match will be seen a little bit like a Cold War match between the West vs. Russia - like Bobby Fischer against Boris Spassky in 1972?

There are certainly some political differences, but personally I've always had a good relationship with Karjakin. We have always been rivals, but we've never had any problems with each other. So for me, the political part is not really part of it.

You're a great football fan. The European Championships are coming up and Norway has not qualified. Will you be supporting Germany, the other World Champion?

Germany has a good team, but they haven't been very good recently. We'll see what happens, but I like the German team a lot. They play wonderful football.

The Norwegian chess grandmaster Magnus Carlsen, born in 1990, became world chess champion in 2013 at the age of 22 and has managed to defend his title since. The next Chess World Championship takes place from November 11-30, 2016, in New York City. Carlsen will be competing against 26-year-old Russian Sergey Karjakin, who won the opportunity to challenge the world champion in March 2016. Carlsen was considered a child prodigy. In 2010 at age 19, he became the youngest player to reach number one on the FIDE world chess ranking, which he maintained since July 2011.

A computer called AlphaGo is competing against human South Korean Go champion Lee Sedol this week. Here's how strategy games came about thousands of years ago - and where humans are weakest. (09.03.2016)

Since retiring from professional chess in 2005, Garry Kasparov has become one of the most prominent voices in Russia’s pro-democracy movement. On DW's "Interview", the youngest chess world champion in history speaks out. (23.10.2015)