Ukraine is in a worse state economically than previously thought, the World Bank assumes. It drastically lowered its forecast for the country for 2015, saying the military conflict with separatists was a huge burden. 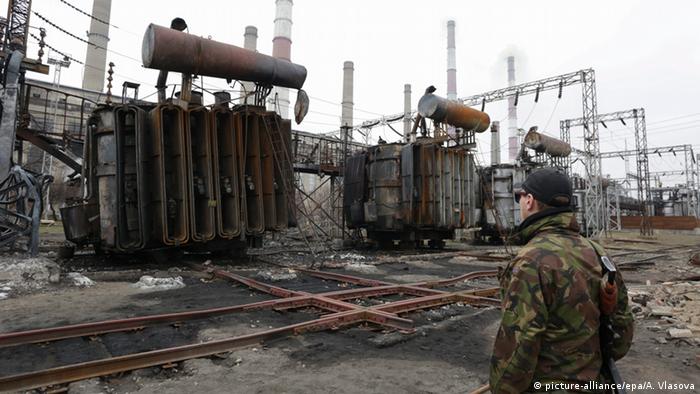 While Ukraine's economy could return to growth next year, the situation for 2015 looks rather dismal, World Bank officials said Wednesday.

They sharply cut their outlook for the conflict-torn country, forecasting a contraction of GDP that could be as big as 7.5-percent this year. That represents a major revision of the bank's earlier prediction of the Ukrainian economy shrinking by just 2.3 percent in 2015.

The World Bank's outlook was also much grimmer than recent estimates by the government in Kyiv, or of the International Monetary Fund (IMF), which said gross domestic product (GDP) would decrease by 5.5 percent this year on the back of a 6.8-percent decline in 2014.

"The conflict in the east has become the main driving force behind the fall," the report said. "Ukraine has considerable potential, but its implementation is possible only if the situation in the east is stabilized and the banking system recovers."

The IMF had agreed to a bailout deal worth $17.5 billion (15.9 billion euros) over four years, but it has estimated that Ukraine needed to raise a total of $40 billion to stay afloat.

The country's national currency, the hryvnia, has been in freefall for months. It has fallen by two thirds against the US dollar since early 2014.