Employees at the world's largest radio telescope have gone on strike after failing to reach agreement over pay and conditions. Workers say they are not sufficiently compensated for isolation and high altitude. 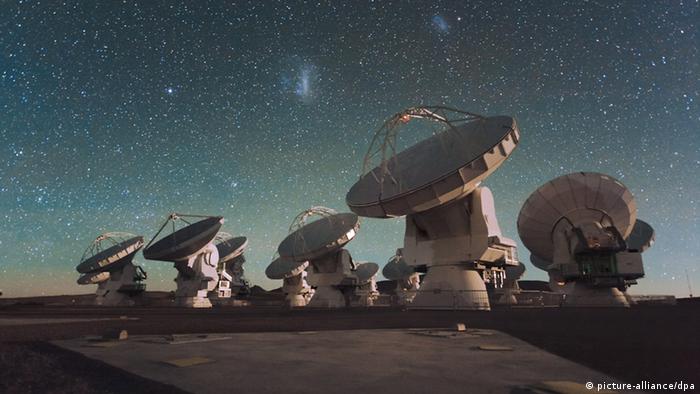 Operations at Chile's Large Millimeter/submillimeter Array observatory (ALMA) were hit by strike action on Thursday after workers and management failed to come to a deal.

Nearly 200 workers began the strike, demanding a 15 percent salary increase as well as benefits to make up for working in such remote conditions.

"ALMA regrets that it was unable to reach a mutually satisfactory agreement with its union ... to establish a new collective labor contract," the observatory said. "ALMA has activated a contingency plan that will enable it to continue basic operations."

The observatory is on the Chajnantor Plateau above Chile's Atacama desert - the driest place on earth - some 5,000 meters (16,000 feet) above sea level. Employees complain they are exposed to high winds, thin air and sudden changes in temperature.

The site's aridity and remoteness are among the reasons that it has some of the best conditions on Earth for looking at the night sky. Those taking part in the strike include technicians and administrators, rather than scientists.

Earlier this week, the observatory hit headlines with pictures of a newly-formed star 1,400 light years away in the Vela constellation.

Full-scale operation of the $1.1-billion (820-million-euro) telescope began in March this year, looking at galaxies as they expel gas; and a star system close to a black hole.

ALMA is funded by the European Union, the United State, Canada, Taiwan and Japan.