Five workers at a nuclear research facility in eastern Japan have been exposed to dangerously high levels of radiation. Authorities say a bag containing plutonium opened while the group was inspecting equipment. 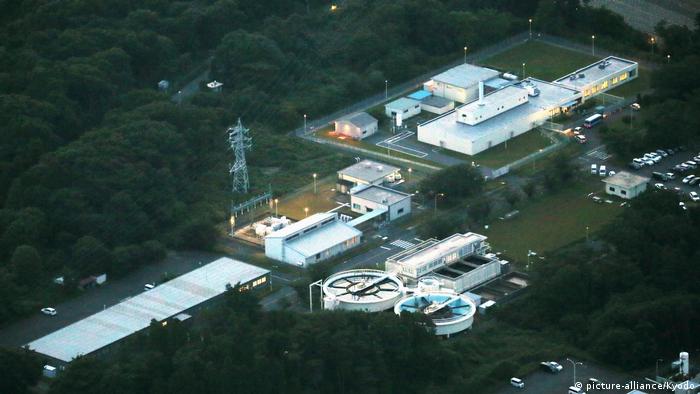 The Japan Atomic Energy Agency (JAEA) said Wednesday it was investigating what caused the accident at its Oarai Research and Development Center northeast of Tokyo.

The five workers had been carrying out a routine check on storage equipment inside one of the facility's "controlled" rooms when they came into contact with Plutonium-239 and other radioactive substances leaking from a torn bag, the agency said in a statement.

An initial survey detected radioactive materials on all five. Three of the men's nostrils were also contaminated, indicating they had inhaled toxic dust. Agency spokesman Masataka Tanimoto said one of the workers, aged in his 50s, had high levels of plutonium exposure in his lungs. The amount - 22,000 Becquerels - was nearly 1,000 times the dose found in his nostrils.

'Never heard of exposure this high'

Makoto Akashi, a doctor at the National Institute of Radiological Sciences, said that while the exposure may not be immediately life threatening, the worker would need to be monitored because the amount could add up over time. Internal contamination is considered extremely serious because of the cancer-causing risks associated with it.

Tanimoto of the JAEA said the workers did not show any visible signs of health problems and were undergoing further checks at a special radiation medical institute. He added that no radiation leaks were found outside the Oarai research building, which houses plutonium and uranium used to study new types of fuel for a fast reactor.

"There appears to have been a significant level of radiation exposure. I've never heard of exposure this high in my career," Tanaka told reporters.

Japan has held a moment of silence to honor those who were killed in the 2011 earthquake, ensuing tsunami and subsequent nuclear accident. Some 123,000 people who were evacuated have yet to return home six years later. (11.03.2017)

With communities refusing to come forward to host the by-product of Japan's nuclear energy industry, the Japanese government is drawing up a map of the most suitable locations for underground repositories. (05.05.2017)