A prominent Berlin women's rights lawyer and critic of Islam has closed her practice, saying her life is in danger and the state has failed to protect her. 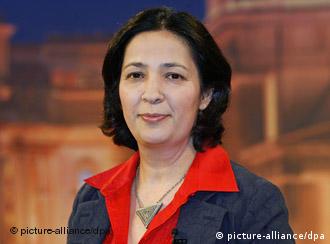 For years, Seyran Ates has been a prominent figure in Germany on account of her books and public engagements reinforcing her fight against forced marriage, headscarves, so-called honor killings, domestic violence and the subjugation of women in many Turkish and Kurdish families.

The 43-year-old German-Turkish lawyer, who was shot at by a Muslim man 20 years ago in Berlin's Kreuzberg neighborhood, has received numerous prizes over the years. Last year, Ates was named Germany's woman of the year for her unstinting battle for the rights of mainly Muslim women.

Given her reputation for toughness and bravery, Ates' recent announcement that she was closing her practice because she felt threatened has sent shockwaves through the German capital.

Berlin daily Der Tagesspiegel reported that Ates, who has been insulted and threatened by the husbands and relatives of many Turkish women she has represented over the years, decided to wind up her work after another similar incident last June. 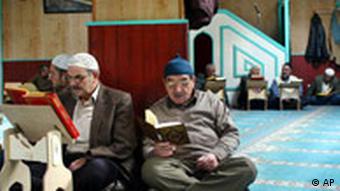 Ates has riled up the Turkish community with her outspoken criticism

The Muslim husband of one of her clients, whom Ates was representing in divorce proceedings, assaulted his wife and tried to attack Ates opposite the courtroom where the case was being heard, the paper wrote.

"I'm withdrawing from professional life as a lawyer, my client is living in a women's shelter, but the assailant is running around scot-free," Ates told the paper, adding that "my life and that of my young daughter have priority."

A statement on Ates' Web site said: "It's once again clear to me how dangerous my work as a lawyer was and how little I was and still am protected as an individual."

"A lot has to change"

Ates has also criticized both politicians and police in failing to provide her support and protection.

Der Tagesspiegel reported that Ates had applied for police protection last March after Turkish daily Hürriyet attacked her in a series of articles for her critical statements about the treatment of women in many Turkish families. But the police refused protection, saying there was no indication of a concrete threat, Ates said. The police however have rejected the allegations.

"A lot has to change there," Ates told Der Tagesspiegel. "The victim protection law has to be urgently expanded."

The German-Turkish lawyer, a member of Germany's Social Democratic Party (SPD) since 2004, has said that the SPD too hasn't paid any heed to her concerns.

"The SPD is still dominated by an immigration policy that plays things down," Ates told the paper, saying that politicians always urged citizens to show more courage. "That is right, but then you also have to protect people." 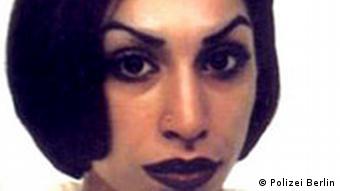 The murder of Hatun Sürücü, a Turkish woman, by her brother made headlines last year

Ates' outspoken criticism of the treatment of women in Turkish families in Germany has earned her the ire of both Turks as well as many left-wingers in favor of multicultural policies. Ates has consistently slammed politicians for turning a blind eye to problems within immigrant communities under the guise of tolerance and fostering diversity.

Ates however has said that she will continue giving lectures and interviews to highlight the plight of women in Turkish and Kurdish communities in Germany.

Ates' announcement has sparked outrage among politicians, with many calling for expanding victim protection laws to include women who feel threatened.

Berlin's interior minister, Erhard Körting called it an "alarming sign" and said he had "high respect for Ates' work."

Others have called for a signature campaign for Ates. Ulrich Schellenberg, the chairman of the Berlin Lawyers' Association, called Ates' resignation "dramatic" and said lawyers "must demonstrate solidarity."

Ayaan Hirsi Ali, a Dutch lawmaker and outspoken Islam critic, is resigning and leaving the country. Her citizenship is to be revoked after she lied on her asylum claim. But officials may back down on their decision. (May 17, 2006)

German President Horst Köhler's praise for a Turkish school girl's work in an anti-Semitism project this week may be of little comfort if the city of Berlin carries out a plan to deport her parents in April. (March 25, 2006)

Some Muslim intellectuals criticize the reserved reaction of Islamic representatives to the Taliban's power grab. Among other things, they argue that the Taliban's view of Islam is theologically untenable.