In the headline game of the weekend against Hoffenheim, Bayern Munich underlined why they will probably become champions. Meanwhile, the gulf in quality between SC Sand and the league's big-hitters grows wider still. 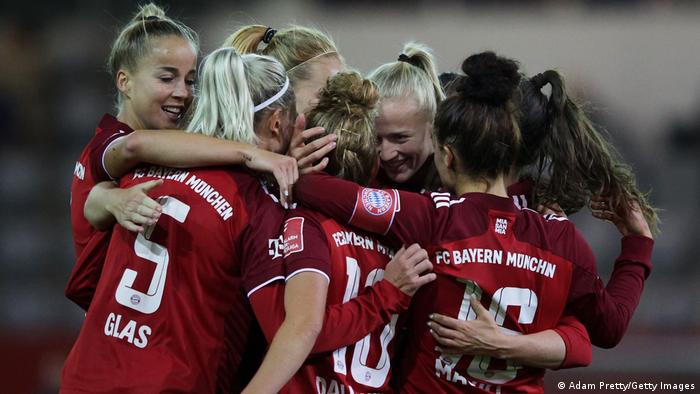 Bayern's victory over Hoffenheim keeps them clear at the top of the table.

SC Sand are used to fighting relegation every year and this year is no different. In a very one-sided match against Bayer Leverkusen, in which the underdog hardly even registered a shot at goal and torpedoed itself through impetuous defensive behavior — a red card in the 49th minute, penalty in the 66th — 0-2 was still a flattering result.

The fact that SC Sand, with only one point from five games, is nevertheless not in a relegation place again says a lot about the two-tier society of the league.

"We are still lacking a bit of coordination, we are not yet in a rhythm," captain Michaela Brandenburg told DW. "When you realise that it doesn't work like that, you get into a spiral and rue. Of course, the defeat was deserved."

Of course, Sand started the season with a mammoth programme: Frankfurt, Bayern and Wolfsburg were three of their previous four opponents. But the gap to the big ones, who are investing more and more, has also widened.

"Of course, the teams that are affiliated to men's clubs have an advantage," says Brandenburg. "We try to make up for that with our virtues, about team performance and commitment. To be a springboard, to bring in young talent. But it's getting harder and harder because the bigger clubs are now more likely to pick up talent. We keep trying to keep up, but it's not getting any easier." The two worlds of the league are becoming a tangible problem.

Faced with this, the clubs could do what German football is never prepared to do: redistribute among themselves. And thus honor the much longer commitment and serious economic management of the smaller ones, a pioneer of a league based on solidarity. Or the DFB could, as leagues in the Anglosphere do, pay part of the salaries centrally. The big clubs, of course, have no interest in any of this; they only invest if there could at least be a return at some point. They are also under high pressure from international competition. And small venues are less efficient. So, in a long hanging game, they will rather wait until finally enough men's professional clubs are up there with their teams. And the SC's hourglass runs out. 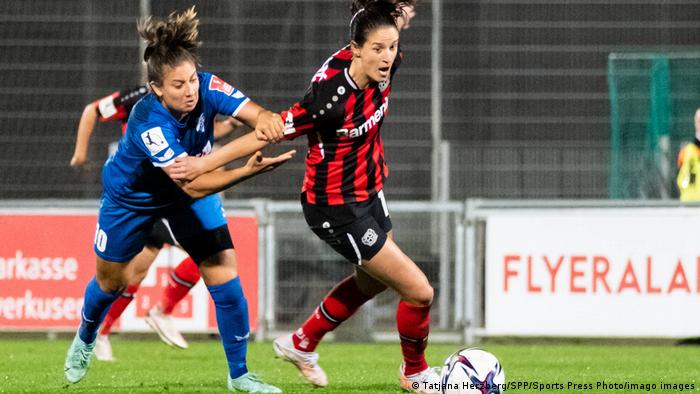 The three lungs of Dallmann and Beerensteyn

Only a miracle will stop Bayern becoming champions again this season. At least that was the feeling after their 3-1 victory against Hoffenheim. In an outstanding match, the Munich players played as if from another planet of women's football. Hoffenheim couldn't keep up with their outstanding passes, constant pressing, impressive stamina and frenetic combinations.

Linda Dallmann and Lineth Beerensteyn, who both ran as if they had three lungs, stood out from the brilliant ensemble alongside double goalscorer Lea Schüller. Hoffenheim, the self-declared title dreamers, are only likely to see the trophy in their sleep this season. Still, they played their part in a highly entertaining match that didn't disappoint, not least with a goal of the month contender by Nicole Billa and great saves by Martina Tufeković. 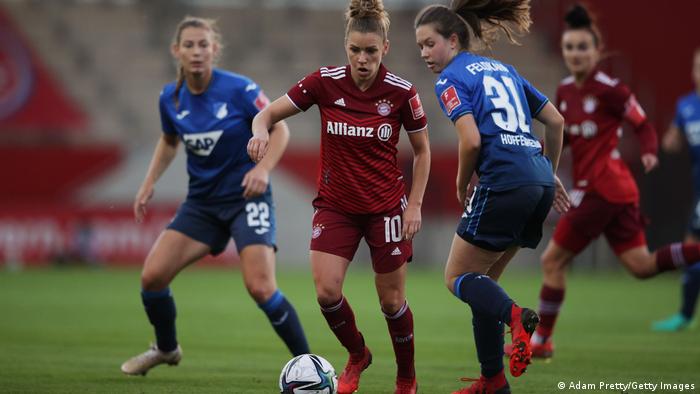 Linda Dallmann was one of Bayern's star performers against Hoffenheim

Yes, this is the topic of the spin-off. Ex-DFB boss Theo Zwanziger and the Rhineland Football Association have applied to the DFB to spin off the women's Bundesliga from the DFB. Do they seriously want to do this? They are more likely to play the game that the big men's clubs have been playing with UEFA for decades: Meet our demands or we start our own thing. The Superleague turned feminist.

At the same time, it's about equality, but in a very conventional way. Less solidarity, more money. The old cow called capitalist displacement football has its quirks, as is well known. But that hardly matters. You don't have to blame women too much for their operational blindness, it's hard to muster imagination with limited resources. 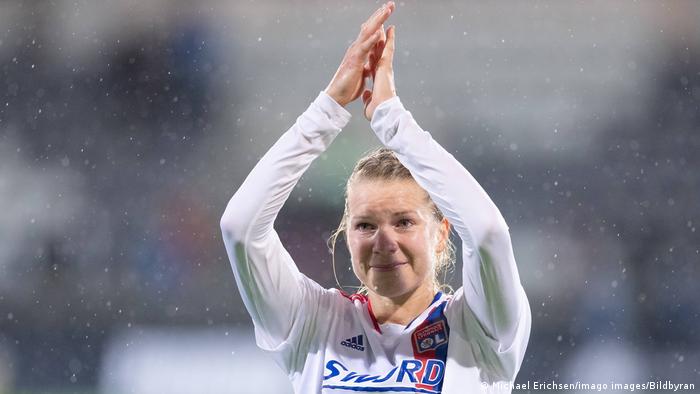 Champions League was also played, by the way, and some of it was top-class. While Hoffenheim had no trouble with a 5-0 win against HB Köge, Wolfsburg had a spectacular 3-3 draw with Chelsea. Ex-Wolfsburg player Pernille Harder, of all people, scored the equaliser in injury time. Bayern, however, only managed a draw with Benfica.

The match day went better for Ada Hegerberg. Due to a long injury misery, the former world footballer of the year has returned to the field after a 20-month lay-off. She was not yet able to play from the start, but was introduced for 10 minutes at the end in Lyon's 3-0 win.