Women are less visible in STEM: Why? 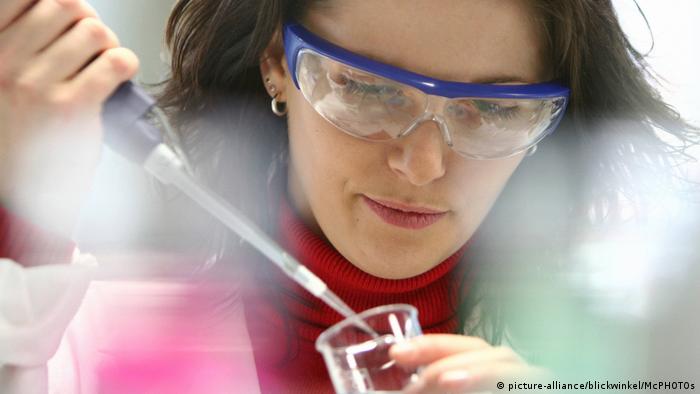 German high school student Isabel Lautesbach, 18, is just one of two girls in her 10-person chemistry class for students interested in STEM (Science, technology, engineering, and mathematics) careers ­— a ratio similar, she says, to her math and physics classes.

Lautesbach's class average is only mildly smaller than the worldwide gender ratio in STEM fields. Women make up less than 30% of the world's scientific researchers, according to UNESCO data.

They are less likely to hold senior authorship positions, make up small minorities of senior staff positions at universities and get paid less than their male counterparts, it reads, following decades of research pointing to a "gender gap" in STEM fields where women are given less representation.

Read more here: Not just for the boys! Women and girls embrace science in Kenya 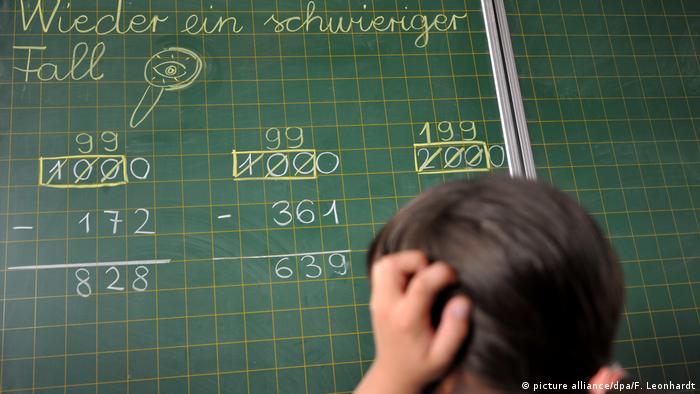 Women are often more likely to consider themselves bad at math, but good at English

Much of this inequality can be visualized by the 'leaky pipeline' theory, according to the study, which attempts to illustrate how people leave the sciences before reaching senior positions. The theory visualizes STEM careers as a series of connected pipes tracing the journey from primary school to the upper echelons of senior academic careers.

The pipeline leaks students at certain stages. For example, those who decide not to study science in university after focusing on it in high school, those who change their major out of STEM before graduating and those who pursue careers in non-STEM fields after graduating with a STEM degree.

Women are far more likely than their male counterparts to 'leak' out of the pipeline, according to the Melbourne study.

This isn't necessarily due to any specific hierarchal force, but rather the variety of factors leading women to leak out at a level disproportionately higher than that of men with the arrival of each pipe.

These factors, according to the research, could have to do with negative stereotyping and self-stereotyping, childbirth and discrimination during the hiring process.

Recent research suggests that winning major grants can help keep women in the pipeline. Last year, the US National Institute of General Medical Sciences released a study indicating that female scientists awarded a major research grant from the US National Institutes of Health were more likely to have careers with similar levels of success as males.

However, although the awarded grants indicated long careers in science, they weren't given equally, the research found. Over the studied period — from 1991 to 2010 — researchers found that only one-third of women received the grants, while half of PhD recipients in the biomedical sciences were female at the time.

Preferences — why do women choose the fields they do?

According to the National Academies of Science, Engineering and Medicine, the deficit doesn't appear because women are proportionally less interested in STEM or less hardworking in their STEM jobs.

Instead, the academy found that the lack of women in leadership roles can be attributed to negative stereotyping, which can make itself present in personal interactions, evaluative processes (such as peer review) and departmental cultures keeping women from progressing.

Often-cited research published in the Psychological Bulletin by researchers from the University of Illinois at Urbana-Champaign and Iowa State University supports the theory.

"Efforts to increase girls' interests in the STEM fields to bridge the gender gap may need to be initiated at formative years when children are developing gender roles and perceptions of appropriate careers," the study said. 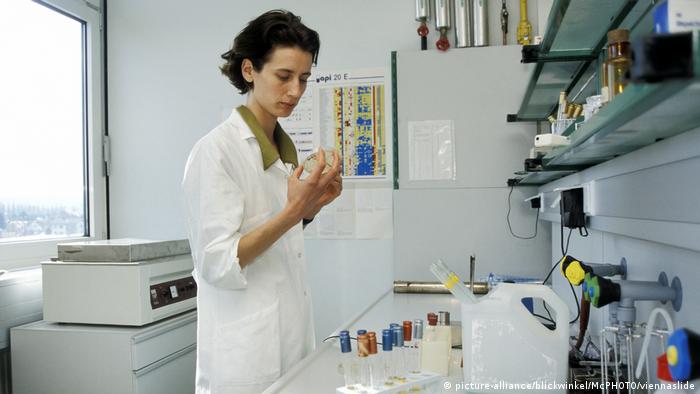 In 17-year-old German student Ekaterini Laki's classes, more boys choose to study computer science, chemistry and physics, while science-oriented girls typically choose biology, she says. She thinks these choices have to do with societally enforced stereotypes surrounding what women are supposed to do.

"People say biology is a female subject and computer science and technology are male subjects," she adds.

Lakki, who wants to study medicine, acknowledges the fear women might have of being the only female in their science classes, and says she thinks shyness can sometimes dominate women's ambitions to study STEM-related fields.

The two women are far from shy, however. They are both entering STEM fields with a clear vision of what's facing them and do not plan to succumb to gender stereotyping or leak through the pipeline.

"One can receive equal rights in their profession if they can manage to dispel these clichés and stereotypes," Lakki says.

The Körber European Science Prize has been awarded to cell biologist Anthony Hyman. Hyman discovered a new state of biological matter that may hold the keys to some of the biggest questions in biology.