Wolf Biermann, one of Germany's best-known balladeers, celebrated his 70th birthday this week -- and the 30th anniversary of his expatriation from former East Germany. He was also awarded Germany's highest public honour. 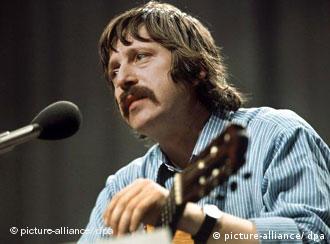 "With Germany, I suffer like everybody suffers from a relationship that has to do with love," said Wolf Biermann in a 1999 interview with the newspaper Berliner Morgenpost.

Indeed, the experiences Biermann has had in and with Germany exhaust the entire spectrum of emotions that a poet can feel for his homeland.

"I was lucky, I could write songs from my pain," he once said.

With his aggressive, provocative and ironic lyrics, Biermann criticized the social and political situation, first in the GDR and then, after his expatriation in 1976, in the Federal Republic of Germany.

He is considered to be one of Germany's most significant contemporary authors, and has 30 CDs, numerous volumes of poetry still in print and a collection of awards to his name.

German President Horst Köhler added another award to Biermann's collection on his 70th birthday Wednesday when the balladeer was presented with Germany's highest public award, the Federal Order of Merit.

A burned child in the GDR 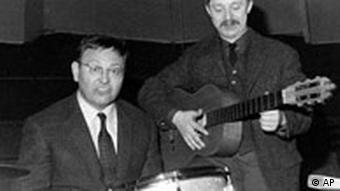 Biermann with West German cabarettist Wolfgang Neuss in Frankfurt in 1965

Born in 1936 in Hamburg as the son of a Jewish deckhand, Biermann was confronted with totalitarianism, prosecution and loss as a young child.

His father, who was active in the communist resistance, was murdered at Auschwitz in 1943. In the same year, he and his mother fled Hamburg as the Allies bombarded it.

"The center of my poetic efforts will always be here on the Elbe (River), where as a burned child I ran through the great fire of the bomb nights and out into the world," wrote Biermann in his most recent poetry anthology entitled "Heimat" (Home).

Some 300,000 people left East Germany for the west in 1953, but 17-year-old Biermann went against the flow. He settled in the socialist German state out of political conviction and, two years later, began studying economics, philosophy and math at Humboldt University in Berlin.

An artist under pressure

With the support of composer Hans Eisler, Biermann began to write songs and poems and perform cabaret. He also worked as an assistant producer at the famed Berliner Ensemble for two years.

After publishing his some of his works in East German magazines and anthologies, he endeavored to found a small theater of his own. 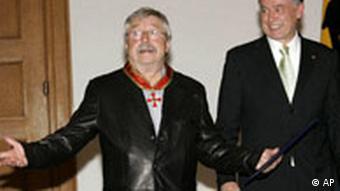 Just before the first performance, the theater was shut down by the state and Biermann was expelled from the communist party and banned from practicing his profession for half a year. The play was about the building of the Berlin Wall.

Conflict with the GDR authorities only compounded. After his first concert tour in West Germany and the publication of his poetry book "Die Drahtharfe" ("The Wire Harp") by a West Berlin publishing house, the singer-songwriter-poet was accused of being a traitor and banned from performing, publishing and traveling abroad.

The balladeer returns to the public eye

For 12 years, Biermann sang for himself or for small, private audiences in his East Berlin apartment on Chausseestrasse. Some of his albums, however, were smuggled over to the west and his songs became more popular there than in the east.

In September 1976 Biermann was finally permitted to perform publicly again in the GDR and two months later he was given a visa to go on tour in West Germany.

Three days after his legendary concert in the Cologne sport arena, he was expatriated by the East German party leaders for his "hostile performance" and not permitted to return to the GDR. 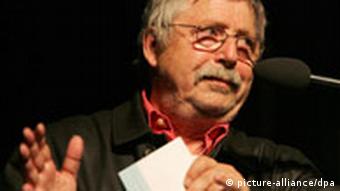 Over 100 artists, writers and actors in the socialist German state staged public protests. When the authorities responded with intimidation, jail sentences and bans, masses of intellectuals picked up and left the GDR.

Biermann saw his expatriation as a catastrophe. "I thought it was all over with my life as a singer and poet," he said later.

Indeed, the first years in exile weren't easy. Nevertheless, the "Troubadour of inner German conflict," as the "Süddeutsche Zeitung" called him in a 1987 article, carried on with his career. He published several volumes of lyric and prose and settled old scores with both East and West Germany on concert tours at home and abroad.

Biermann was enthusiastically received at his first performance in eastern Germany after the fall of the Berlin Wall in 1989. He'd already broken with the socialism his former homeland was shedding.

In the 1990s he began exploring his Jewish roots more extensively and was active in politics and media. He campaigned against the Party of Democratic Socialism, the successor to the East German communist party and became head cultural correspondent for the daily newspaper Die Welt in 2003.

Today, Biermann is still an uncomfortable and controversial coeval. He's not afraid to stick his finger in open wounds and stir up discussion. Even if not everyone likes his message, at least it comes across.