When the American men take to the ice in their first game of the ice hockey tournament, one player will make history. Jordan Greenway is to become the first African-American to represent the US in Olympic ice hockey. 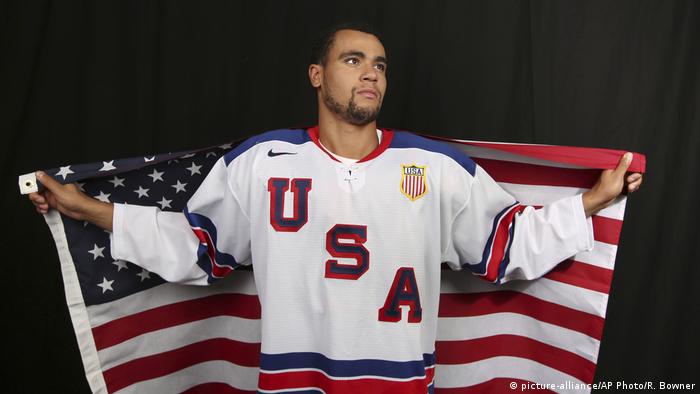 Although this will be his first Olympic Games, 20-year-old Jordan Greenway is no stranger to US hockey. Greenway, who plays college hockey for Boston University, has already represented the United States at the World Junior Championship, and last May, he was part of the senior American team at the World Championship in Cologne and Paris.

At 6 feet, six inches (1.97 meters) and 227 pounds (103 kilograms), Greenway is the biggest player on the US team that will compete in Pyeongchang. However, the left winger has also put up some decent numbers in the East US college conference, scoring 15 goals and chipping in with 42 assists over the past two seasons.

Greenway, who grew up in New York State, just across the St. Lawrence River from the Canadian border, is property of the National Hockey League's Minnesota Wild, who made him the 50th overall pick of the 2015 NHL Entry Draft.

Pursuing a college education instead of turning professional has worked in his favor. Had he actually made it to the NHL, he would have been barred from playing in Pyeongchang.

Greenway is clearly excited to have the opportunity to represent his country at the Olympics, describing his selection to the team, which he learned of in late December, as "the best Christmas present ever."

However, at first, becoming the first African-American to play hockey for the US at the Olympics was lost on him.

"To be honest, I didn't know I was breaking that color barrier, I didn't find out for a while," he told US news broadcaster CNN in a recent interview.

He also credited his mother, who is white, with making it possible for him and his younger brother JD to play the game they love.

"My mom has made a lot of sacrifices and has allowed me to do a lot of things that other kids coming from single-parent households wouldn't be able to do," he said.

Despite growing up in a small town, where the overwhelming majority of the population is white, Greenway feels he rarely suffered from discrimination in a sport that relatively few African-Americans turn their hands to. Now he is hoping to inspire other young African-Americans to take to the ice. 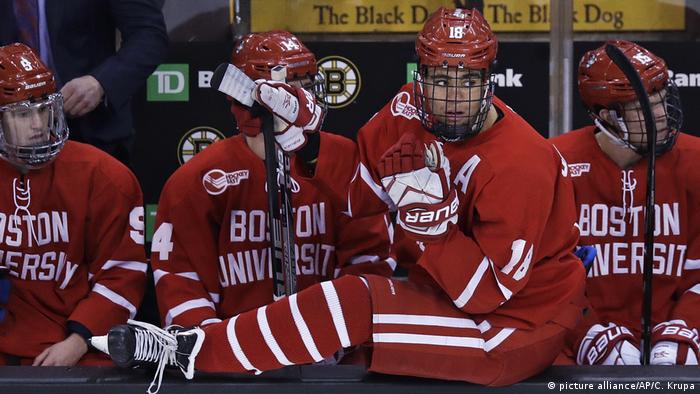 "I am the first African-American to be able to play hockey for the United States at the Olympics, but hopefully I am the first of many," Greenway said.

His first ice time should come in the American's opening game of the preliminary round, against Slovenia on Wednesday.

African-Canadian stars of past Games

However, while Greenway is the first African-American to play for the US at the Olympics, he is not the first black player to play at the Winter Games.

Jerome Iginla, whose father emigrated to Canada from Nigeria, represented his country at three Olympic Games. Iginla twice beat the United States in the final, helping the Canadians to their first gold medal in half a century in Salt Lake City in 2002, as well as winning gold in Vancouver in 2010.

Four years ago in Sochi, the Nashville Predators' star defenceman PK Subban, whose parents moved to Canada from the Caribbean, was part of the 2014 team that won the gold medal, beating Sweden 3-0 in the final.

A Frenchman has been elected as the new president of the International Ice Hockey Federation (IIHF). Luc Tardif takes over from Rene Fasel, who stepped down after 27 years in office.