Winnetou: Why so many Germans fell in love with the unrealistic 'Indian'

Generations of young Germans have been fans of Indian Winnetou and his German friend Old Shatterhand - even Adolf Hitler. Now that the Karl May story has been refilmed, DW's Susanne Spröer gets to the bottom of it. 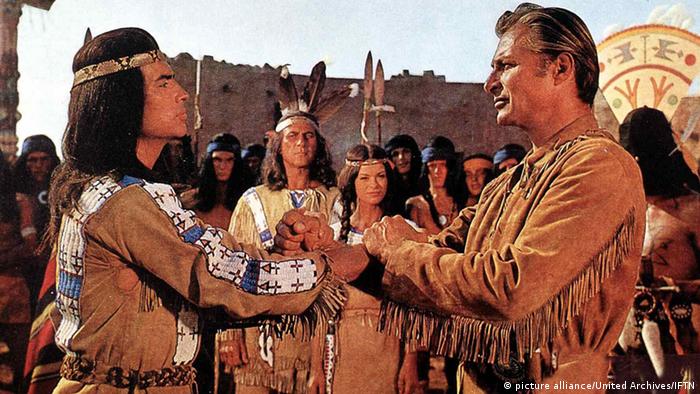 It was Christmas Eve, and I was eight or nine years old. I'd just opened the small gifts under the tree when my father said there was a surprise in the basement. Finally! It must be Winnetou's Silver Gun, at the top of my wish list. But I didn't understand why I had to go down to the basement to get the toy weapon.

Cowboys and Indians in 1970s Germany

I had been a Winnetou fan ever since I first heard the audio version of the Wild West stories by Karl May. I would sit at the record player and listen to how the character Karl May, aka Old Shatterhand, came to the Wild West. In the story, he's a German engineer who wanted to build a train line through Apache country. But then he got to know the Apache tribe and became "blood brothers" with Winnetou, fighting at his side for the rights of Native Americans. 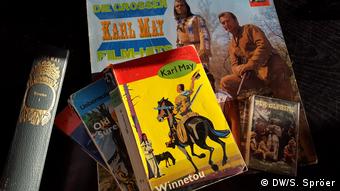 Winnetou books and records were particularly popular in the 1970s

When we played cowboys and Indians as children, I always took the part of Winnetou, who preferred to knock his enemies down rather than kill them, in line with the blood brothers' code of honor.

My best friend and I would cut our hands at the base of our thumbs to become blood brothers. We loved the Winnetou stories, just like the generations before us.

"Christmas 1962 saw the premiere of 'Treasure of the Silver Lake,'" recalled Michael Petzel, author of the "Karl May Lexicon" and director of the Karl May archive in Göttingen. "That went over so well with young people in a way that's hard to imagine today. For three years, before The Beatles and James Bond, the films defined the youth scene in Germany. They were very modern for the time. For us viewers, it was a departure into an unknown world." 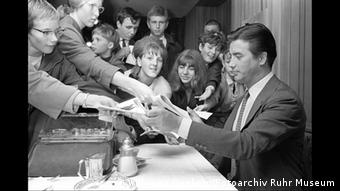 The world of Karl Friedrich May (1842-1912), who dreamed up Winnetou's Wild West, had little to do with reality. The first Winnetou story was published in 1875, although he'd only read about the United States in books.

Partly autobiographical and told in the first person, May as Old Shatterhand (known as Kara Ben Nemsi in the books set in Asia) dreams up an escape from his own dreary life. Accused of fraud and theft, he'd been fired from his job as a teacher and sent to jail.

Thanks to Winnetou, May, the son of a poor weaver (10 of his 13 siblings died shortly after birth) became Germany's most successful youth author.

What he called his "travel reports" fit the zeitgeist. "In the 19th century, there were many emigrés and great interest in North America," said Michael Petzel. "Many people had relatives who'd moved there." But for those back in Germany, the fact that May's fantasy world didn't line up with reality didn't bother anyone.

Karl May's "travel reports" sold over 200 million copies. Though the books have been translated into over 40 languages, they remain most popular in Germany. 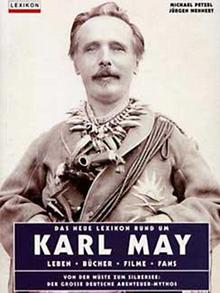 Was Hitler a Winnetou fan?

Adolf Hitler, the German dictator and mass murderer, also enjoyed Karl May's books. According to a newspaper report from 1933: "On his bookshelf there are political and government publications, brochures and books about health and breeding German shepherds. And then - listen up, German boys! - a series of books by - Karl May!"

No photo exists to prove what was on Hitler's bookshelf, and by that time, the press was already under Nazi control. But in his Hitler biography, historian Joachim Fest wrote that the dictator had in fact read Karl May's books. It has often been said that he also recommended the novels to his generals, although that hasn't been confirmed.

"Karl May's status among the Nazis was disputed," said Michael Petzel of the Karl May Archive. "He also wrote other books that expressed hope of peace, but true Nazis were suspicious of those."

Post-war Germans wanted to be the good guys

Admittedly, as I child I found the peaceable and often kitschy stories from May's later books quite boring. I wanted to fight the bad guys. When it comes to deciphering good and bad, children need clear orientation. 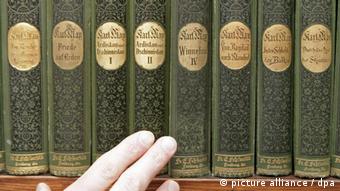 Even after growing out of my Winnetou phase, I remained interested in Native Americans. I studied their history and read personal accounts written by Native Americans about the horrible oppression and persecution they face.

When I traveled to the US in the mid-1990s to do a report on the Smithsonian Institution, I visited the National Museum of the American Indian in New York. A woman there told me that Germans often came with a positive image of Native Americans - thanks to Winnetou. It doesn't matter that his world couldn't have been further removed from real life.

Karl May is practically unknown in the US. The Winnetou trend in 1960s Germany could have something to do with German history, says Michael Petzel. "After the war, Germans wanted to be the good guys. And the German Old Shatterhand was a good guy. He traveled to a foreign country and brought justice.

"That wish goes all the way down to today's Green party, which campaigns on behalf of persecuted minorities. To a certain extent, we are all heirs of Karl May and Winnetou because we stand with those who are persecuted, and we want to do good."

The Winnetou story is a modern fairy tale - the German counterpart to "Harry Potter" or "Lord of the Rings." The myth has endured a lot over the years - even as a parody. The 2001 comedy "Der Schuh des Manitu" (Manitou's Shoe) is one of post-war Germany's most successful films. The heroes were the Apache chief Abahachi (which sounds like the German onomatopoeia for sneezing) and Winnetouch, his gay twin. 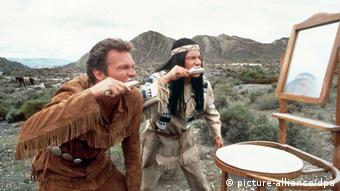 This Christmas, German private broadcaster RTL is releasing a remake of the three Winnetou films - at a budget of 15 million euros ($15.6 million). It remains to be seen whether they will go over well with the next generation.

But this year, children all over the country will unwrap their presents as I did that Christmas before I followed my parents and brother down to the basement in anticipation of Winnetou's Silver Gun. When I got there, I found a wooden crate covered with a cloth. I pulled back the fabric and found a black rabbit.

Having lived through the war, my parents didn't like toy guns. Instead, they preferred to teach us how to take responsibility. We named the rabbit Mucki and continued to watch "Winnetou" on television.

How convincing will Albanian actor Nik Xhelilaj be as the new Winnetou? DW has spoken to him about his role, and also about refugees streaming into Germany from his native Albania. (04.09.2015)

Pierce Brice, the French actor who fascinated German fans of Western films in his role as Apache chief "Winnetou" has died. He was the hero of 11 films based on German author Karl May's tales of America's colonization. (06.06.2015)