Pierce Brice, the French actor who fascinated German fans of Western films in his role as Apache chief "Winnetou" has died. He was the hero of 11 films based on German author Karl May's tales of America's colonization. 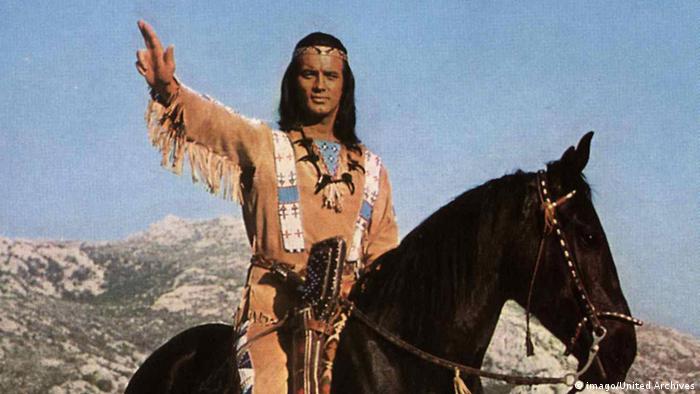 Brice, a favorite of German audiences in the 1960s, died in a clinic near Paris, according to his management.

Spokesman Thomas Claassen told the news agency AFP that Brice, 86, was admitted to hospital on Friday with a high fever from a lung infection and died early on Saturday in the arms of his wife, Hella Krekel.

The pair, who lived for three decades in a country house 60 kilometers (40 miles) from Paris, had long been planning a return to her home state of Bavaria.

Brice was born in Brest in 1929, served as French soldier in Indochina and Algeria until 1951, before quitting to train as an actor in Paris. 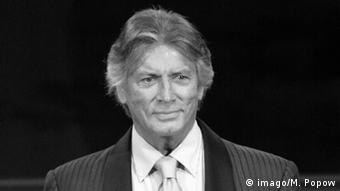 At the Berlin film festival in 1962, he was recruited as Apache chief "Winnetou" for the German filming of the Wild West novel "Treasure of the Silver Lake" by the prolific adventure writer Karl May who died in 1912.

Brice at the time reportedly knew nothing about either the late Karl May nor his fictional character and took lessons in horseriding from Western specialist Lex Barker who played "Old Shatterhand."

The televised film was a hit among German-language audiences, drawing 10 million viewers, and surprising Brice, who initially was skeptical because the script gave him few words in the dialog.

In hindsight, his stoic physical presence, memorable facial expressions and third-person speech, turned "Winnetou" into a strong figure of identification for Germans with the plight of America's indigenous peoples and the ideal of untamed wilderness.

The fictional chief's death scene in "The Desperado Trail" in 1965 prompted unprecedented audience protests including threatening letters. The production team headed by Horst Wendland brought "Winnetou" back to life.

The series ran to 11 editions before finishing in 1968, with Brice a cult figure in divided Germany, Austria and neighboring Czechslovakia, alongside Americans Barker and Steward Granger as the cowboys.

He went on to take leading roles in Italian and French feature and television films, including appearances alongside Sophia Loren and Marcello Mastroianni.

In 1995, Brice accompanied a humanitarian aid convoy to war-torn Bosnia-Herzegovina. He later campaigned against landmines in Cambodia. In France, he remained relatively unknown as an actor.

Aside from the Winnetou films, Brice also played the fictional Apache role at popular open-air Karl May festivals in the 1970s and 1980s, including Elspe in western Germany.

Each year, hundreds of thousands of visitors were drawn to the performances. 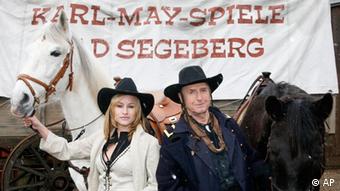 "As lead actor and scriptwriter from 1988 to 1991 he laid the groundwork for today's success," she said. "His whole aura enthused the Segeberg audience."

German actress Uschi Glas, who played alongside Brice in one of the Winnetou films, expressed shock at his passing on Saturday. 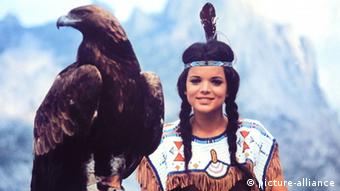 "He could have comfortably lived another 10 years," Glas told the German magazine Focus. He was a "very fair, collegial actor," she said.

Fans behind the Wall

Gregor Gysi, a veteran leading figure in Germany's Left party, said Brice as Winnetou was also an "idol of a whole child and adult generation" in the former communist East Germany.

"Pierre Brice embodied a truly good and clever Indian, " Gysi said. "In his films were lots of good Indians, only a few bad Indians. lots of bad white villains, but also a few good whites." 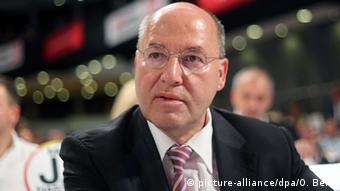 "All that contradicted the official [East German] portrayal of the USA," Gysi said on the fringe of his party's convention in the western city of Bielefeld on Saturday.

Thomas Claassen, the actor's spokesman, said Brice had hoped to be buried in Germany.

Before his death, his wife Hella told the Münchner Merkur newspaper that her husband wanted to remain near his German fans.

Germany is wrestling with the legacy of author Karl May, whose fictional Native American hero, Winnetou, embodies the Germans' love affair with the Wild West.