Its critics said it wouldn't last but the online encyclopaedia Wikipedia has gone on to become one of the world's most popular websites. Founder Jimmy Wales spoke to DW-WORLD about the secret of its success. 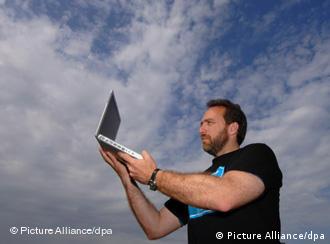 Jimmy Wales was born in Alabama, USA, in 1966. He studied finance and worked as a research director at the Chicago stock exchange. In 2001 he founded Wikipedia which is a multilingual, Web-based, free content encyclopedia project. It is written collaboratively by volunteers. The vast majority of its articles can be edited by anyone with access to the Internet.

From 2003 to 2006, Jimmy Wales was headed the Wikimedia Foundation, Wikipedia's non-profit parent organization. In 2004, he founded the for-profit internet portal Wikia, which is now supposed to carry on his newest project, the search engine Wikia Search. Jimmy Wales lives in Florida with his wife and his daughter.

DW-WORLD: A famous American magazine has chosen you as one of the 100 people who shape our world. How does it feel to be a world shaper?

Jimmy Wales: I thought that was sort of funny. I enjoyed it of course, but Tyra Banks -- the supermodel -- was also on the list. So I don’t know how meaningful it really is. But I feel a real sense of responsibility that I am in a position where I can have some influence and I can say something people listen to. I try not to say very much because of that. Because I want to make sure that what I do say is something that I can really believe in.

That is pretty much my philosophy. A lot of Wikipedia reflects things that I believe in very strongly. Sometimes people think if you believe that everyone should participate then you think right and wrong don‘t matter and everybody’s opinion is as good as everyone else’s. It may seem paradoxical to them, but, no, I think that some people are really not that smart and that they are not that useful. But leaving open the possibility for participation means that we are able to get a lot of great ideas from lots of different places.

Wikipedia owes its success to the community, to all the people who write articles every day without getting paid. Why do they do that for Wikipedia? 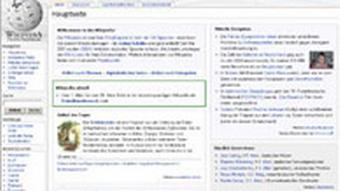 I think there are two reasons. One reason is that the charity of our mission is inspiring a lot of people. But I think that’s a fairly limited reason. The main reason is that it’s fun. The people just enjoy the process, they enjoy meeting other intellectual people, it’s a great hobby. We know that intuitively if we think about people plying football on the weekends. We don’t say: "Gee, gosh, you're going to play football and you don’t get paid for that?” That’s silly, right? Obviously people are doing it because they enjoy it and they have fun. It is a similar thing with Wikipedia. Some people earn a lot of money writing but others can do it just for fun.

You seem to do it just for fun too. Because although Wikipedia is very successful you are not earning any money because it is a charitable project. Do you sometimes think that you did something wrong?

I always joke that when I registered Wikipedia as a non-profit organization, it was either the dumbest thing or the smartest thing I ever did. The dumbest for the obvious reason that I get to hang out with billionaires but I don’t have any money. The smartest, though, because I don‘t think it could have been nearly as successful as it is and also because I think it will be remembered in the future. 100 or 200 years from now people will point to Wikipedia and say: That was a really good thing that did something beneficial for the world. So that is something I am very proud of.

Why wouldn’t it have worked out as a commercial organization? 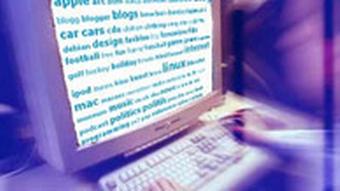 The new era of user generated content and social networking is often referred to as Web 2.0

I think that for an encyclopedia that is really attempting this very grand ethical mission of sharing knowledge with everyone, being a non-profit organization is really the right approach. It means that, as a community, we have the luxury of doing things the right way rather than doing things in a way that is dictated by current economic circumstances.

The internet video platform You Tube was sold for $1.65 billion (1.23 billion euros). How much would sell Wikipedia for?

I don’t know what it’s worth, it’s really interesting. It has very low revenue. But I guess you could slap ads all over it and make some money. I think the Wikimedia Foundation -- the owner of Wikipedia --could in fact sell it. Nobody’s interested in doing that, but certainly if there was an offer of $3 billion, I think the foundation would have to seriously think about what could be done for the charitable purposes of the foundation in distributing free knowledge if we outsourced the community or something.

Your new project, the search engine Wikia Search, which will launch at the end of this year, will be commercial. Why did you change your mind? 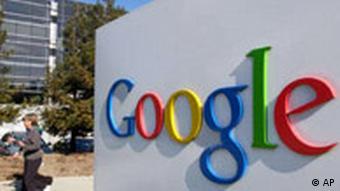 For some types of projects -- if you think about running hospitals or the Red Cross -- the charitable model works well. People are willing to donate money, enough to make it last. But for other things like running a chain of grocery stores, there have never been very successful charities that have done such things. I think different kinds of work demands different kinds of organization.

There are so many search engines on the internet already. Why does the world actually need another one?

The search engines we have right now are black boxes and not transparent. They are not community controlled and the quality is ... well, it's pretty good but it stagnated the last two or three years. There are lots of ways in which searches have not improved as much as a lot of us would have liked. I don’t know how to improve search beyond what already exists. But I do think that a broad community of people and an open scientific dialogue about how to do that can probably make some progress. Anyway it’s fun. I always do the most fun thing.

And what will be the next big thing coming up on the internet?

I don’t know. I always remind people that five years ago, I was just this guy sitting at home in my pajamas typing on the Internet. And now I get asked deep questions about the future. The trend I see right now is that we are very much at the beginning of free licensing of culture. And we are still very much at the beginning of the design of communities for producing good quality work. So I think that there is still a lot of room in those areas.

"The Synapses of a Collective Brain are Growing"

According to Tim O’Reilly, the founder of O’Reilly Media and a major proponent of the Web 2.0 movement, the concept of artificial intelligence will become a reality. In many ways, he says, it is already here. (27.06.2007)

The Future is Now

The World Wide Web as an interactive, collaborative platform for data exchange -- best known as Web 2.0 -- has become, in industrialized countries, at least, a part of everyday life. (27.06.2007)

The EU in Search of a Second Life

Bureaucracy in Brussels, strife in the Balkans and a disinterested constituency in most places in between -- that's reality in the EU. Now the bloc thinks a parallel existence in cyberspace might be preferable. (13.03.2007)