Publishers have announced the death of Sarah Kirsch, one of Germany's best, politically astute women poets of modern times. Kirsch quit former East Germany for the West in 1977 after criticizing its communist rulers. 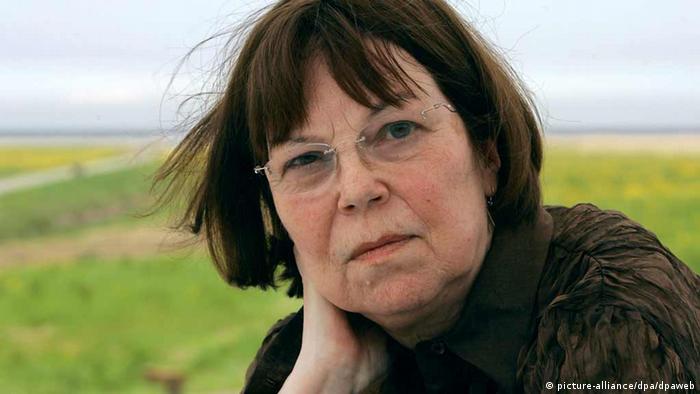 German states minister for culture Bernd Neumann paid tribute on Wednesday to the late poet Sarah Kirsch, describing her as an exceptional German lyricist who fought with her prose for democracy and human rights.

The 78-year-old Kirsch died on May 5 at her home in the northern German state of Schleswig-Holstein after a short illness.

Her death was announced on Wednesday by the Munich-based publishing house Deutsche Verlags-Anstalt (DVA), a Random House subsidiary.

DVA director Thomas Rathnow said German literature had lost "one of its most important, headstrong and poetically powerful voices."

Themes of separation and love

Kirsch's works dealt mainly with love, separation and loneliness and included the lyric volume "Katzenleben" [Lives of Cats] and Märzveilchen [March Violets], published respectively in 1984 and 1991.

She also translated and wrote childrens' books, including "Hans my Hedgehog."

She won numerous prestigious German-language literature awards, including the Peter-Huchel Prize in 1993 and the Georg-Büchner Prize in 1996.

In the same year she was appointed to a professorship named after the storytelling Brothers' Grimm in the central German city of Kassel.

Born during the Nazi era in 1935 as Ingrid Bernstein, she changed her first name to Sarah in protest against anti-Semitism. Her surname Kirsch resulted from a short marriage in the 1960s.

In communist East Germany, Kirsch studied biology and literature. Pressure grew on her to leave after 1976 when she joined protests against the expulsion of the outspoken singer-songwriter Wolf Biermann by East German authorities.

From the early 1980s until her death she lived, wrote and painted in an old school house behind a dyke in Schleswig-Holstein. State premier Torsten Albig on Wednesday said Kirsch had done much to promote the region's beauty abroad.