As right-wing parties gain popularity in Europe and the US, fears of xenophobia grow. "The Man in the High Castle" is a provocative thought experiment on how institutional racism impacts ordinary people. 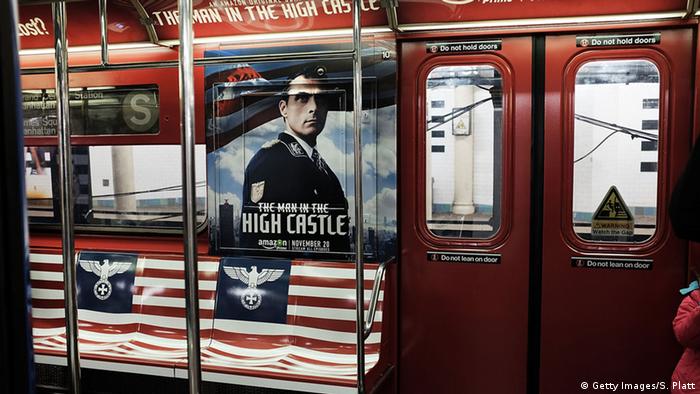 US Republican presidential candidate Donald Trump called Monday (07.12.2015) for a "total" ban on Muslims entering the country, while a number of other Republican candidates have appealed for a halt on accepting refugees from Syria. Meanwhile in Europe, Marine Le Pen's at times Islamophobic National Front won regional elections in France on Sunday. Recent headlines seem uncomfortably reminiscent of the darkest chapters of 20th century history.

That might help explain why the TV series "The Man in the High Castle," about life in an imaginary US ruled by Nazi Germany and Imperial Japan, has provoked strong reactions. The company that released the series, Amazon Studios, learned how far it can push the premise of the show when an outcry prompted New York's Metropolitan Transportation Authority to remove promotional ads displaying Nazi insignia on subway seats last month.

Once you get over the shock value of "High Castle," in which hundreds of scenes over 10 episodes juxtapose familiar Americana with menacing symbols of totalitarianism, the series offers fascinating insights into today's headlines - and how xenophobia can become the status quo before we even take notice.

In separate interviews, Inkoo Kang, the TV critic for New York City's influential alt-weekly "Village Voice," and Ilya Somin, who blogs for "The Washington Post," both said "High Castle" shows how people can get used to just about anything. 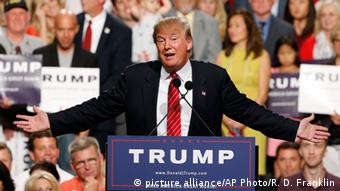 Parallels can be drawn between current rhetoric and the past

In the alternative reality of the show, Nazism reigns on the US's East Coast, Imperial Japan controls the West, and Americans are left to struggle with totalitarian institutions including ethnic cleansing. In one scene that has caught US critics' attention, ash floating onto a highway from a crematorium prompts an affable policeman to remark, "Tuesdays they burn cripples, the terminally ill. [They're a] drag on the state."

Discussing how constant horror can become the norm, Kang said, "It's quite possible to say we don't have state-sponsored violence in the sense of institutional eugenics, but we have massive injustice all over this country and we're kind of okay with it."

Somin, a law professor who has written about the politics of sci-fi and fantasy, said "High Castle" seems to contend that "People in virtually any society in the right circumstances could go along with an oppressive and unjust regime."

"High Castle," based on a novel by Philip K. Dick, follows heroine Juliana Crane's (played by a statuesque Alexa Davalos) foray into an underground resistance movement and the consequences for her friends and family. The racist regimes she is fighting against reminded Somin of Donald Trump's presidential campaign, in which the leading Republican has also called for a wall to keep Mexican immigrants out of the US and a database to track Muslim-Americans.

"There's a resonance with events in real life in the US and Europe," he said, pointing to Trump, Le Pen and Hungary's anti-immigrant Prime Minister Victor Orban. But Somin took exception with how rapidly some characters in "High Castle," which is set 12 years after the end of World War II, come to accept the occupying regimes, saying he would expect resistance to last longer.

While the authoritarian regimes of "The Man in the High Castle" evoked Trump's campaign to Somin, Kang actually saw similarities between the controversial presidential candidate and the resistance movement in the show.

Throughout the program, the group obsessively hunts for mysterious films that seem to depict a world in which the Allies won, a source of hope that inspires Juliana to give up her normal life. 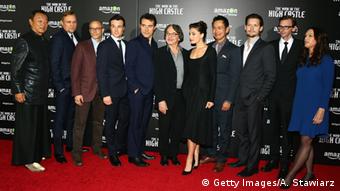 Kang said that fervor, and the American characters' sense of "racial defeatism" when they compare themselves to German and Japanese people, reminded her of Trump's message that voters have to "Make America great again" in the face of the supposed threat from non-white immigrants.

"There's a sort of romantic fantasy that the show is spinning out - you can sort of change everybody's minds very easily,” Kang said of Juliana's reaction to seeing an underground film. "It's not like the show is bad or anything. It almost wants to be an inspirational example for how people might become better thinkers and therefore better voters."

Since "High Castle's" release this fall, numerous articles have appeared in US, German and other media dissecting the show's meaning. Like rival streaming service Netflix, Amazon does not disclose how many people watch its shows. It is not yet clear whether "High Castle," which is available in Germany with German subtitles starting on December 18, will see a second season.

Either way, the show, with its profound exploration of the effects of totalitarianism and xenophobia on ordinary people, already seems to have made an impact.

Kang said, "I think it implicitly is a greater call to compassion, and we certainly need a lot more compassion when we're talking about events today."

Berlin's 'moment' has arguably come and gone, but in the US people are flocking to an exhibition of art from a relatively obscure time and place: Berlin between the world wars. (09.11.2015)

In the film, "Look Who's Back," Hitler is "resurrected" and sent to the streets. He's met with cheers and selfies. Finally a film with black humor, says Sarah Hofmann, that shows how Germans have dealt with the past. (09.10.2015)