Why tattoo ink is less cool than you think

Whether you like tattoos or not may be a matter of taste. It may be about fashion, or a thing of conviction. But the chemistry in tats is unambiguous, with experts warning some ink may cause cancer. 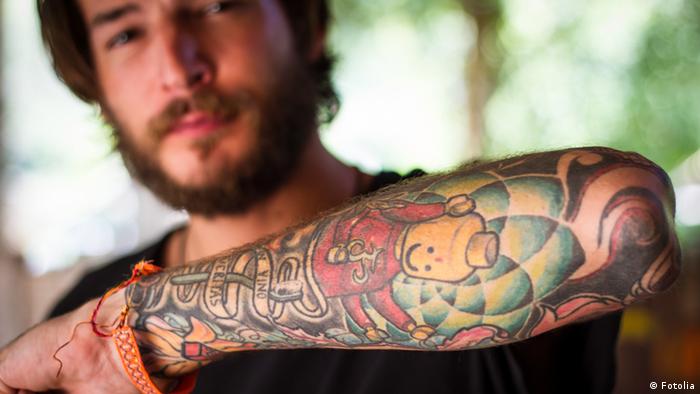 Would you let someone inject a few grams of car polish under your skin? Or soot produced by burning crude oil?

Obviously not. But this is basically what you might get if you choose to have a tattoo done.

"The substances used to create these lasting and high-contrast tattoos were developed for printers and cars," says Wolfgang Bäumler, a professor in the department of dermatology at the University of Regensburg. "And the chemistry remains the same."

Not for internal use

Smaller companies buy the pigments and make tattoo ink out of them.

"The chemical industry says these substances have never been tested for injection under the skin," says Peter Laux of Germany's Federal Institute for Risk Assessment (BfR). "They are simply not made for that."

The colors used in tattoo ink need to be absolutely water-insoluble, Bäumler adds. That alone makes them a health risk.

Recent US studies have also shown that only two thirds of the ink used in a tattoo stays in the skin. The other one third spreads through the body.

"It migrates into the blood, the lymph nodes, the organs," Bäumler says. "Nobody knows where exactly or what happens with it." 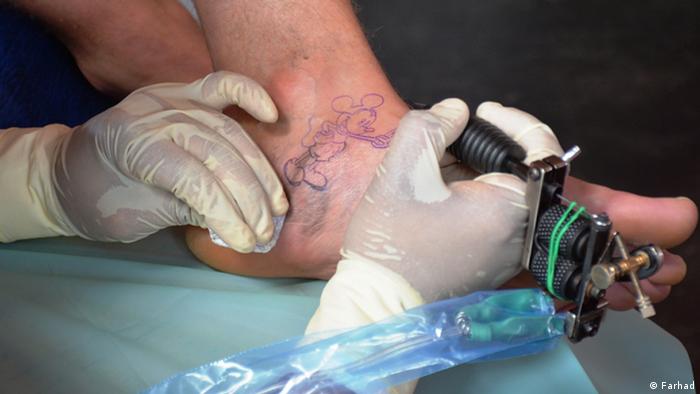 Colored ink is injected under the skin

A rainbow of chemicals

The chemicals responsible for red, orange and yellow colors are azo compounds, organic substances which have a reputation of being problematic.

They often cause allergic reactions.

Some of them - for example, the red pigment 22 - may decompose when a tattoo is brought into sunlight, Bäumler says. The resulting compounds are toxic and can cause cancer.

They often contain metals such as copper and nickel. Brown inks made out of iron oxides also contain nickel.

Nickel can cause an allergic reaction and is prohibited in cosmetics. But it is common in tattoo ink.

Carbon black is produced by burning crude oil or other products, such as tar and rubber.

Polycyclic aromatic hydrocarbons form during the production of carbon black - and they can cause cancer. 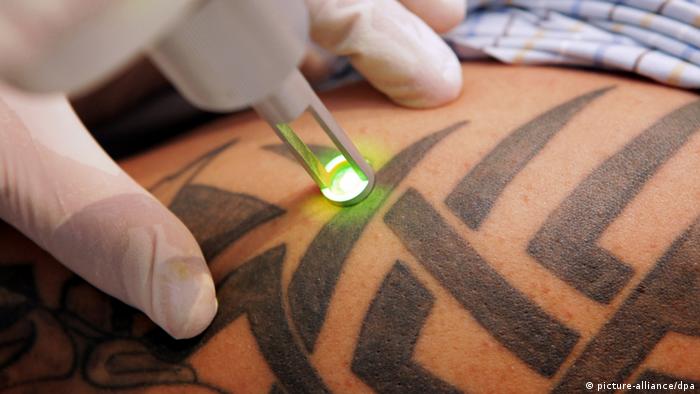 When tattoos are removed with a laser, the color pigments are released and spread even more through the body

But the health risks are not down to pigments alone.

"Tattoo ink can contain other substances," says the BfR. "For instance, solvents, thickener, preservatives, as well as multiple contaminants."

Laux says "there is tattoo ink on the market that is contaminant-free." But it is hard for consumers to know which ink is good and which is not.

In Germany, as in many other countries, tattoo inks are neither regarded as drugs nor as cosmetics - and this is where part of the problem lies.

Drugs and cosmetics need to be approved for market.

Safety tests for drugs are required to show what happens to the substance when it enters the body - how it is metabolized and what other substances can form as a result.

With tattoo inks, no such regulations or tests exist. But experts say they should.

In 2008, the Council of Europe called for stricter regulations on tattoo ink.

Some countries passed laws, but Laux says all are insufficient. 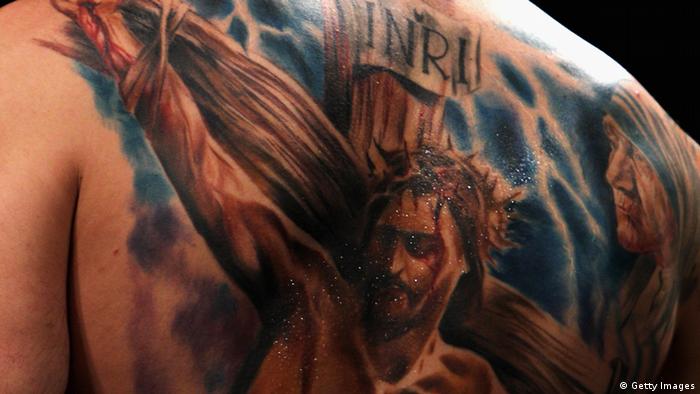 According to the US Food and Drug Administration, about 25 percent of all Americans have tattoos

And the situation is similar in Europe and in the US.

Even professional tattoo artists agree things should be better.

"Tattoo colors are not really safe at the moment," said Andreas Schmidt, vice chairman of the German association of professional tattoo artists, at a symposium in Berlin.

"Tattoo artists buy colors in good faith because they have no way of analyzing them," he said.

Back at the University of Regensburg, Professor Bäumler says he had once planned an animal experiment to find out what happens to tattoo ink inside the body, but that the experiment was stopped when a court decided animal experiments were unnecessary as "people get tattooed voluntarily."

"If somebody asks me whether it's dangerous to have a tattoo, all I can say is, We don't know yet," Bäumler concludes.

So who knows? Tattoos may cause cancer - or they may not.

For some it may be enough warning to note that, as the BfR's Peter Laux points out, "there is no guarantee that tattoo ink is not a health risk."

Getting under the skin of tattoo cultures

Cultural tradition, fashion trend, therapy or drunken mistake - tattoos symbolize a breadth of different meanings. In Germany, people of all ages, professions and backgrounds are taking the plunge and getting inked. (12.02.2013)

Regulation for tattooes in Germany (German)

Risk assessment and regulation of tattoo inks in the EU (pdf)

Regulation of Tattoo Inks in the US (pdf)