Why Taiwan's single people are a national security threat

Lydia from Taipei and almost all of her friends are single. Sociologist Wen-Shan Yang explains why Taiwan's single culture is putting the welfare of the whole country at risk. 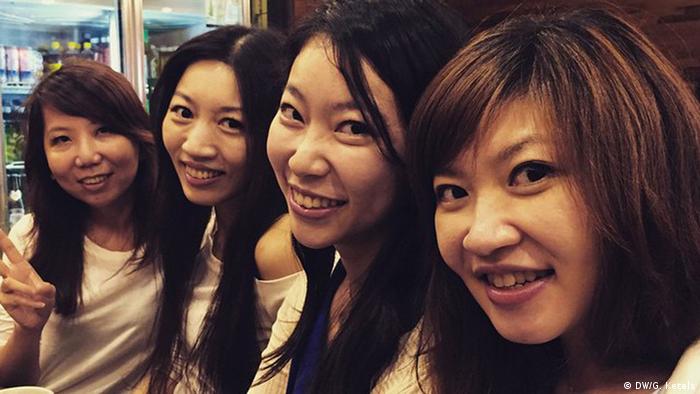 Whether you're in a relationship or not - that's your own business, right? Well, true, but in Taiwan, it's something in which both researchers and the government are very interested. Taiwan's growing single culture means that fewer people are marrying early enough to have children. And as a result, demographers estimate that by 2035 Taiwan will be the world's oldest society. That would lead to a huge increase in the number of nursing homes needed, but not enough people working to pay for pensions and health care.

It's such a big concern for the Taiwanese government, that it hosts parties for single people looking for love - although there is very little success.

Wen-Shan Yang is a sociologist studying Taiwan’s ageing society at the Academia Sinica in Taipei. Our reporter Gönna Ketels met with him to find out why so many Taiwanese people are choosing to remain single - and what could convince them to opt for a relationship and children.


Why are there so many single people in Taiwan?

One reason is the expansion of higher education, there are more women in universities and colleges. After that, they go into the job market and they work on their career. So they delay marriage further and further.

It isn’t like before: Marriage used to be a fulfilment, but now it has become a risk. Just like the German sociologist Ulrich Beck said – we are living in a risk society. Your career, all your life becomes a risk, and people want to avoid this risk. People have more choices now - to have a family, to bear children, it's not a priority anymore.

And statistics are not helping. I’m researching sexual imbalances in Taiwan. By year 2020, there will be 500,000 more men than women at a marriageable age. So actually, women will have a better chance on the marriage market. Women who want to find a partner will have many options, they can choose. But not men – so they have a problem.


Is there a gap of expectations between the two genders? 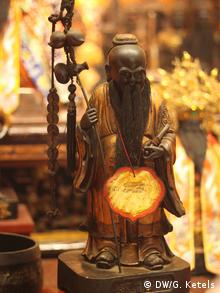 Tradition is very important to people in Taiwan: Men "are still thinking like their fathers". This patriarchal view collides with the well-educated, career-orientated young women.

Yes, women today are better educated than their mothers, so they expect more from their relationships. To them, marriage is not just about having children, they want self-fulfilment. Taiwanese men are slower than women in that regard. Women are more independent, more ambitious; they work harder to enhance themselves.

Taiwanese men on the other hand are very traditional, they are still thinking like their fathers. They want to control the family, control the relationship. But even the women are caught up in traditional views: Women marry up, not down. So for them it’s now hard to find a good match if they want to marry up. That gap of expectations between men and women is large and Taiwanese men need to catch up.


I got the impression that there are so many single people here, there isn’t a whole lot of pressure to find a partner. The people I talked to seem to enjoy the single lifestyle...

Now there are many other avenues to a satisfied life. Before, marriage was the only way to have a happy life. Now, it may not be the best option for young people anymore, so they delay marriage. That’s a very common practice in Taiwan. But eventually, most of them still get married. So the unmarried rate is actually very low here. After age 40, only about 10 percent of women and 15 percent of men are still unmarried.

#lovelinks: 'Mr. Right is out there, I just haven't met him yet.'

Lydia: 'Mr. Right is out there, I just haven't met him yet.'

Lydia still lives with her parents – and so do her three siblings and they are all in their thirties. Is that a typical case in Taiwan?

Parents always tend to keep a close eye on their children. And the situation is different from that in, let's say Germany or Sweden. In Sweden, there's good government policy to provide housing for single people, but in Taiwan we have no such facilities. If you want to rent and move out from your parents, that is very expensive.

Our society is a very patriarchal society, parents still have some authority maybe not to control, but to monitor their children. So the consideration is: If you can save some money, have a good life, have your clothes washed by your mother and a meal prepared why don't you take this advantage? Your parents will not collect money from you, so for many it's a good deal.


Would you say Taiwan's traditional society has an effect on the number of single people and also the fertility rate?

Yes, the cultural constraints are still very important in Taiwan. Single people in France or Germany are not afraid of getting pregnant without being married, but single women in Taiwan don't dare to do that. 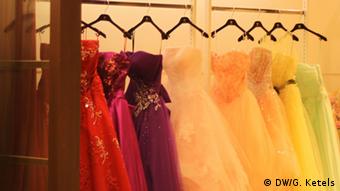 Having a child without being married to its father? Unthinkable in Taiwan.

If we want to change the fertility we probably should encourage people to have children outside of marriage and give them a free choice. In European countries like France there is a very high proportion – 55 percent – of births out of wedlock. In Taiwan it’s only 4 percent.

This hasn't changed for 20 years. People are not supposed to have children outside of marriage. A couple may cohabitate, but once a woman falls pregnant the next step is marriage. Our culture hasn’t changed much in that respect.


The fertility rate has changed so rapidly in Taiwan. Can you explain what happened here over the last decades?

Our family planning program was too successful. We used to have this slogan, "Two kids is alright, but not three". People have now got used to this smaller family size. And what happens is, since many women delay their marriage after the age of 35, they cannot bear a second child anymore. So after one child they stop.

Also raising a child is too expensive in Taiwan. We've done some studies and we've found that out of the total expenditure on a child, 65 percent is on education. In comparison, in Sweden it's only 3 percent. Even if you want to have more children, the cost of education and other expenditures is too high. So people cannot afford to have children. Many of my friends tell me that they spend one parent’s entire salary on their children's education.

We found out in studies that the ideal family size for people in Taiwan is still two children. People still think a good family has two children, one girl and one boy, but they have to compromise.


The government has done something about population policy, though. What measures have they taken?

In Taipei City, there's a 20,000 TWD (about 600 euros) subsidy for having a child – and then up to the age of five, parents receive around 2,000 TWD (about 60 euros) per month as a subsidy. But that's actually too low because the cost of raising children is so high that you will not have children just because of a one time subsidy. We are mostly lacking a good child care system.

What we find from our studies is that for most professional women in Taiwan subsidies are not even that important – having child care facilities close to their workplace is. Money doesn't work here. I still think the government needs to spend more on subsidies. If you stop the subsidies, people will think the government doesn't care. So while the subsidies are still important, their effect is very minimal.


So what should be done in your opinion?

It's most important to make Taiwanese women understand that this is not only a fertility issue, but also an issue of national security.

The loss of fertility will mean that within about 20 years, Taiwan's population and labor force will shrink to a very dangerous level. By that time, programs like pension schemes will be in danger.

So the government should invest more resources not only into subsidies, but in encouraging women to have children and providing good facilities to take care of the children, like nurseries and more educational opportunities for the kids.

That's the only way to convince Taiwanese women to bear more children. I don't think that the policy intervention has been very effective here in Taiwan.


When you talk about a “national security threat” what exactly do you mean by that?

We know that in terms of total fertility rate, the minimal requirement is 1.3 (children per woman). If it's lower than that, there is a serious problem for the future development of the national economy. 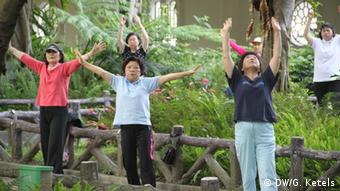 We estimate by today's standard, that by the year 2018 the economic development will decrease by 0.56 every year provided the fertility remains at a similar level. In only 10 years time, Taiwan will be a super-ageing society. One fifth of the population will be elderly, above 65 years of age. Our pension and health care systems will be in danger because we cannot support such a big elderly population without young people entering the labor market. It will be a big problem for our society.