A new Adolf de Meyer photography retrospective sheds light on a storied and innovative fin-de-siècle artist who paved the way for the likes of Helmut Newton — and whose life reads like a gossip column. 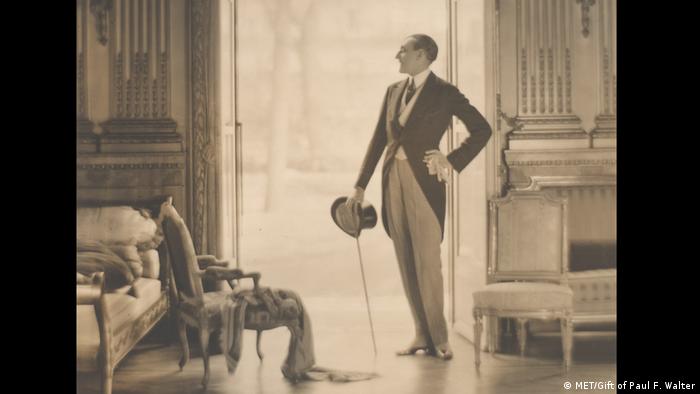 Though lesser known than German photography icons Helmut Newton or Karl Lagerfeld, de Meyer was both a storied international jet setter and influential artist who captured reality but distilled it into fanciful imagination.

Indeed, British photographer and designer Cecil Beaton called de Meyer the "Debussy of the Camera," adding that he "had not been placed high enough in the hierarchy of photographers."

"Quicksilver Brilliance," a new exhibit at New York's Metropolitan Museum of Art that opens December 4, refocuses de Meyer's innovative fashion photography, but also the portraits that brought to life models, celebrities or even athletes of the time. 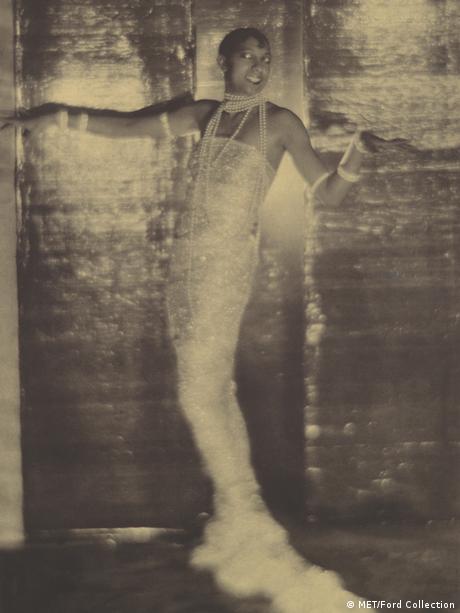 Josephine Baker was one of Adolf de Meyer's celebrity subjects

De Meyer artfully colored the picture of his own past. "De Meyer's life is something of a fable. He invented so much of his personal history, and many of the accounts of his biography have a gossipy tone," Beth Saunders, Assistant Curator at The Met who curated this exhibit, told Deutsche Welle.

He was born in Paris, spent some of his childhood in Dresden and was educated mostly in Germany. Born to a Scottish mother and German father by some accounts, he was also half Jewish and homosexual during a time of rampant homophobia and antisemitism — he fled Europe for the United States on the eve of two world wars.

De Meyer even changed his name: Adolf was sometimes Adolph, and von Meyer became de Meyer. The Baron title in his name spontaneously appeared around 1898. Based on the advice of an astrologer, de Meyer changed his first name to Gayne in 1916.

"He was known for his elegance, and often showy personal style — for a time his hair was dyed blue and he drove a car to match it," said Saunders. "Working on this project, I tried to peer through the veneer. But in the end, I learned that the fanciful stories were all part of his persona as an artist."

In 1895, de Meyer moved to London, and mixed in fashionable circles of the era. A year later, he met his future wife, Olga Alberta Caracciolo, a fellow aesthete who was the goddaughter — and rumored to be the biological daughter — of the Prince of Wales (who later became King Edward VII in 1901). It was a marriage of convenience as Olga de Meyer was believed to be bisexual.

During the first decade of the century with the Prince-now-King, de Meyer embraced two passions: mingling with the Edwardian elite and dedicating himself to the art of Pictorialism, a prominent movement in photography from the 1890s to the First World War where photographers attempted to bring their images to the level of fine art. 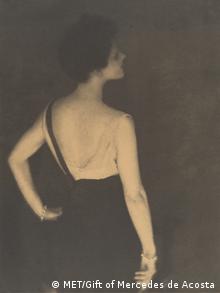 The glamorous socialite Rita de Acosta Lydig in March 1917, an image that appreared in "Harper's Bazaar" and was typical of de Meyer's high society portraiture

De Meyer initially engaged in amateur photography and later built his reputation as a leading figure of Pictorialism. The American photographer and exhibitor Alfred Stieglitz showed de Meyer's images in his Little Galleries of the Photo-Secession.

At the beginning of World War One, de Meyer fled Europe for the United States and applied his pictorial style to fashion photography, which led to his appointment as the first fashion photographer at American Vogue and later worked for Harper's Bazaar and Vanity Fair.

When Conde Nast hired de Meyer to shoot actresses, models and society for Vogue in 1913, this was the first time photos were printed on its pages, and de Meyer was one of the first to merge artistry with commerce via photography. He was simply the first staff photographer for a fashion magazine, and he ran with the position and made it his own. Some historians rightly see de Meyer as the founder of fashion photography.

De Meyer's signature style included a soft focus on his models who often posed like they were statues. He manipulated light and shadow, and sometimes veiled his lens in gauze. Even beyond his technical skills, he possessed a natural ability to capture the personality of anyone who stood before his camera.

The exhibition at The Met includes de Meyer's innovative fashion photography as well as captivating portraits of well-known individuals of his time including the iconic entertainer Josephine Baker. Here, de Meyer's focus is Baker's eye-catching, emotive face with a beaming smile, rather than her body — for which she was known as a dancer.

A standout piece in "Quicksilver Brilliance" is one of only seven known copies images included in a photography book documenting Vaslav Nijinsky's 1912 ballet, "L'Après-Midi d'un Faune." Considered a breakthrough in the history of photography, this album shows de Meyer's extraordinary skill in capturing dance choreography. 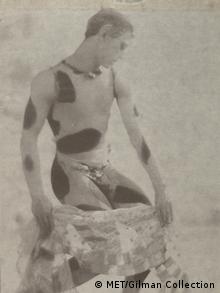 Saunders was keen to showcase  the evolution of de Meyer's singular photographic style for the Met retrospective. "I wanted to show his development as a photographer, and also to demonstrate how his interests in effects of light, exoticism, and strong sense of the pose were explored in different ways throughout his career," she told DW.

"Quicksilver Brilliance" is well-timed, with 2018 marking the 150th anniversary of de Meyer's birth. Saunders is sure he would be an equally fascinating personality if alive today, and when asked which current-day subjects de Meyer might photograph, she replied: "I don't know about specific names, but if he was alive today, I would certainly follow him on Instagram."