Why it doesn′t matter whether the long-lost Nazi gold train is ever found | Culture | Arts, music and lifestyle reporting from Germany | DW | 23.08.2016

According to legend, the Nazis packed a train with gold at the end of World War II. It has never been found. A German-Polish excavation team is convinced it will find it. But for local residents, the legend is enough. 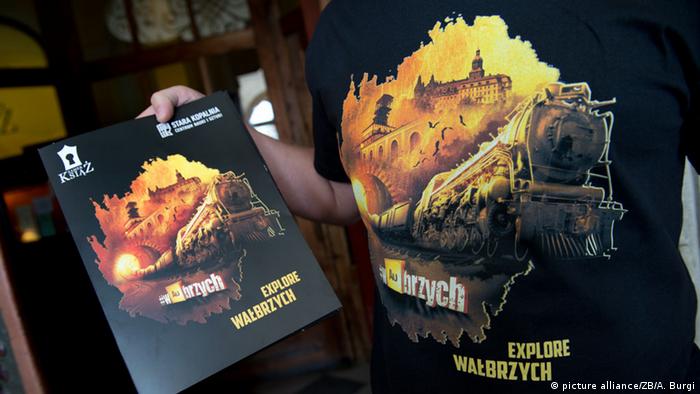 "What are they digging for over there?" A group of residents has gathered at the fence. An elderly lady in a light blue tank top grumbles loudly. Not much can be seen through the trees and bushes - except for two excavators that are digging. 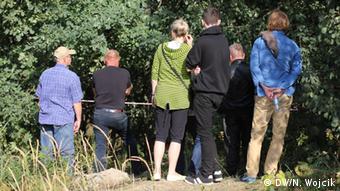 Curious visitors come to the site every day

In Walbrzych, Poland, digging has been going on for centuries. People used to dig for coal, but now they are looking for the legendary gold train of the Nazis.

"I wouldn't mind finding a gold bar. It would help me renovate my house," jokes a pensioner. "The Germans are already waiting to finding out what happened to their treasures." The bystanders laugh.

Again and again, cars drive up to the digging site. Residents and tourists have been standing there for hours - even if nothing can be seen. Everyone brings their own theory to the fence, keeping the legend of the special train alive.

The Nazis are said to have sent the train from Wroclaw to Walbrzych, which was then known as Waldenburg, in the last days of the war. Supposedly packed with gold and art treasures, the train never arrived.

According to a legend, the train disappeared into a mountain tunnel between Wroclaw and Walbrzych as the Germans fled the area at the end of World War II. Geologists have doubted the claim, but some Polish officialshave supported the dig.

Daily updates for locals and tourists

Shortly before 6:00 p.m. a lot of cars arrive at the empty parking lot next to the excavation site, where a press conference is to be held. While no one is allowed to enter the premises, the German-Polish historian team Piotr Koper and Andreas Richter, together with a spokesperson, come to present the latest results to the Polish and international press three times a day.

Today they have brought various chunks of rock in a plastic bag. "We have hit seven meters below the surface and have found material that is not natural." Most likely it was mud coal used to seal the tunnels, they theorize. 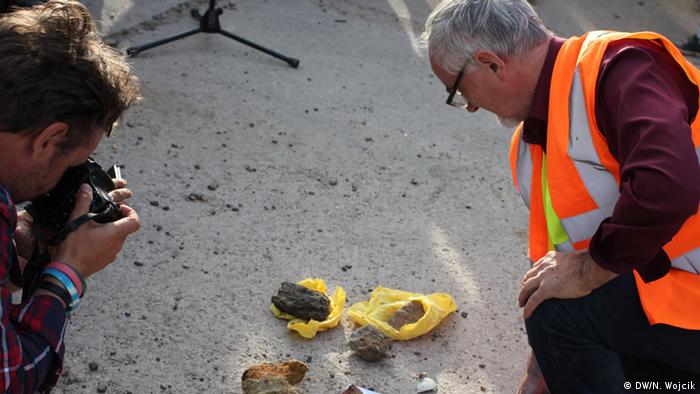 The dig is being financed by private sponsors, they explain. And a small local restaurant brings food for up to 40 workers daily.

There have not yet been any signs of the tunnel where the train is said to have disappeared, let alone the train itself. What will they do if they don't find it? "Then we'll know that this is just a myth," reply Koper and Richter.

The excavation is taking place in three areas that were previously determined using ground penetrating radar. Besides rocks, a bit of porcelain has been found, but there has been no sign of a tunnel let alone the mysterious special train.

Nevertheless, the amateur historians are not giving up that easily. "We are not as interested in the gold train as in the story behind it," says Christel Focken, the spokesperson for the private excavation.

Focken explains that "165 cubic meters have not been explored yet. The garage of the train is where we suspect the train."

The historian is new to digs, but has probably spent far more hours in tunnels, galleries and bunkers than many others. She also offers guided tours around Walbrzych and the nearby area where another yet unfound Nazi legend is said to be located: the Führer's headquarters. 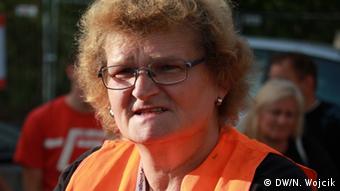 The tunnel where the train may be could serve as an entrance gate to the headquarters. "Of course you'd expect to find a set table, which was left when people had to flee," says Focken.

However, it is more likely that everything is under water. The National Chairman of the Association of private historians estimates that up to 40,000 forced laborers had to work on this construction project. "Maybe we will find some bodies, which could finally be buried."

'We have already found the train'

Anna Zabska has already found her gold train. She is the director of the cultural park "Stara Kopalnia," which was opened in 2013, and says its revenue has increased by 30 percent. The park includes an artfully revitalized mine.

Walbrzych was one of the most important mining centers in Poland, but the mines here, like in the Ruhr area in Germany, have been gradually closed in recent decades. Today the region has one of the highest unemployment rates. "Stara Kopalnia" honors the regions history, provides office spaces for non-governmental organizations and conferences, and invites the city's residents to major events several times a year.

"If one gold train were found here, we would love to exhibit it. The tracks run directly here," says Zabska. She already ordered t-shirts, bags and mugs with an imaginary image of the gold train on it. "Online orders are now coming from all over the world," she says. 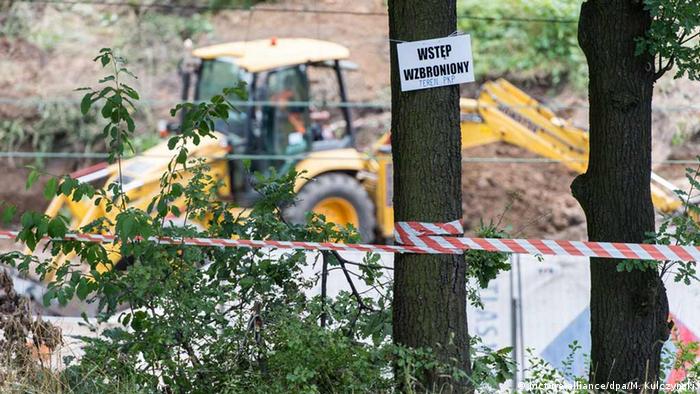 The excavation is subject to weather conditions

A new identity for Walbrzych

Exactly one year ago, the amateur historians had announced that they knew the location of the lost train. Since then, scientists at the University of Krakow have visited the site, conducted tests, and concluded that the train is not there.

Zabska sees no problem in that: "In our region, there is so much that can be discovered. It does not matter where you start digging, you will always find something."

Whether the gold train is found or not doesn't matter that much - for the people of Walbrzych it has already become a part of their identity.

Click through the gallery below for more legendary treasures that have never been found.

Dig for Nazi 'gold train' kicks off in Poland

Amateur historians have begun digging for a legendary Nazi train in Poland, said to be full of gold. It's just the latest in a long line of legendary treasures. (16.08.2016)

Explorers in Poland have resumed their search for Nazi German train laden with treasure and armaments. They're apparently undeterred by previous fruitless searches and scientists' declaration that no such train exists. (16.08.2016)

Geologists have said that technical examinations of the alleged "Nazi gold" train site show no evidence of its existence. The announcement follows a tourist rush to Walbrzych after explorers said they had discovered it. (15.12.2015)