Geologists have said that technical examinations of the alleged "Nazi gold" train site show no evidence of its existence. The announcement follows a tourist rush to Walbrzych after explorers said they had discovered it. 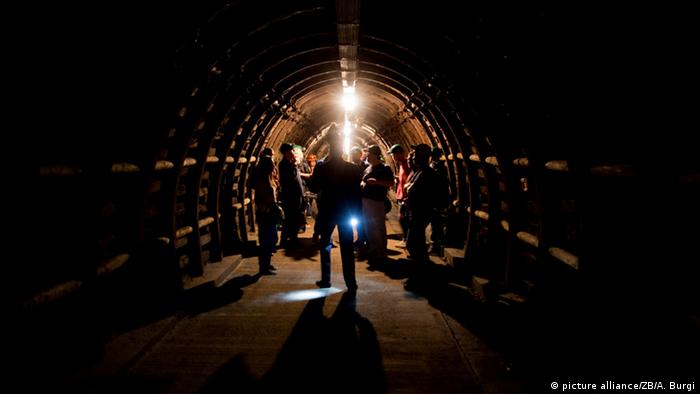 Polish geology experts from the University of Science and Technology in Krakow said Tuesday that they discovered no traces of a train allegedly filled with gold in a secret tunnel, dismissing claims made by explorers earlier this year.

An unclear picture of a Nazi gold 'discovery'

Treasure hunters claim they have found a Nazi train 70 meters, or about 200 feet, inside a mountain in Poland - using something called georadar. German geophysicists have their doubts.

"According to our examination, there might be a tunnel there but there is no train there," said Janusz Madej, who led the investigating team, during a press conference in the city.

In November, the group of experts examined the site in the southwestern city of Walbrzych using magnetic and gravitation equipment.

German and Polish lore claims that the Nazis hid a train filled with up to 300 tons of gold in a secret tunnel near Walbrzych as they fled Soviet forces in 1945.

In September, explorers Piotr Koper and Andreas Richet claimed that their geological readings indicated the location of the train carrying the Nazi gold, prompting a rush to the Polish town.

"We have evidence of its existence," the two explorers said in September while being interviewed on Polish television channel TVP.INFO.

Speaking before geologist Madej on Tuesday, Koper reframed his statement on the discovery, noting that his geological examination of the site showed there was a secret tunnel.

However, the explorer added that prior readings might have suggested the existence of the train, indicating that the alleged "evidence" may have been dubious.