Who′s on the slate for the UK Conservative Party leadership? | Europe | News and current affairs from around the continent | DW | 05.07.2016

An ex-journalist with an intellectual bent, a hawkish interior minister who plugged "Remain," a doctor who quit the front bench, a man raised by a single mom on a council estate, and a fiery political "wife and mother." 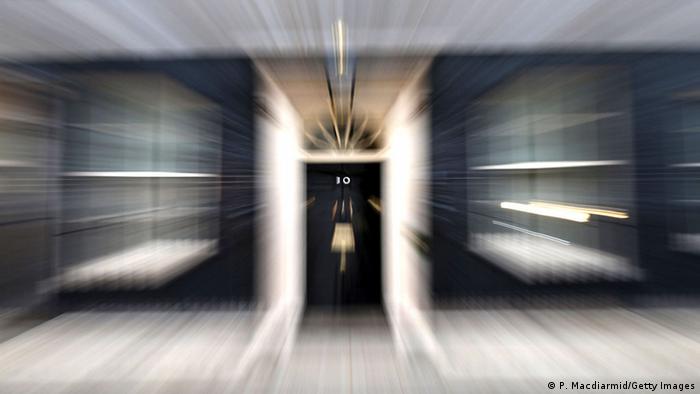 Boris doesn't want to move in here, at least not yet - so who does?

Less than two weeks since UK Prime Minister David Cameron announced he was stepping down from office, the race for the Tory leadership is underway. The PM's resignation last month was prompted by the result of the UK's EU referendum, which saw 52 percent of the electorate vote in favor of a "Brexit."

Tuesday marks the first in a series of twice-weekly ballots which will be held by the Conservative Party's 330 MPs until only two candidates remain. The finalists will be put forward to the entire party, with the new Tory leader expected to be announced on September 9.

Five candidates have thrown their hats into the ring for the Conservative Party leadership, seeking to become the prime minister who leads the UK out of the European Union. Rather surprisingly, presumed front-runner and former London Mayor Boris Johnson is not entering the race - the Conservatives' first in 11 years.

Theresa May - a hawk for 'Remain'

Remain supporter, at least in theory, 59; was positioning herself as the Tories' tough talker on immigration prior to the referendum.

May is now trying to take up the guise of a moderate, unifying voice from the front-bench. A remain supporter who's willing to work with both sides of the divided party, and who has said of the referendum results: "Brexit means Brexit." She intends to appoint a "Leaver" to head up a new special Brexit committee if chosen. 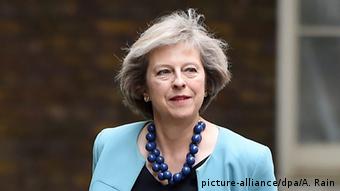 This new persona is quite a switch from her six years as interior minister, categorized by tougher controls on non-EU immigration and plenty of tough talk aimed at wavering Tory voters considering a vote for euroskeptic party UKIP instead.

It's conceivable that her support for remain was lukewarm in any case, but that she was keen to be on Cameron's side, and the side that seemed more likely to triumph.

She also threw a spanner in the works of the Remain camp this April, when she said she believed the UK should leave the European Convention on Human Rights - forcing the campaign to stress that this was not amongst its aims.

Leave supporter, 53; worked in the London financial sector before politics, styles herself as a "wife and mother" speaking hard truths.

A leading leave campaigner, the energy and climate change minister took a tough stance on immigration during several of the televised "Brexit" debates, clinging to the "VoteLeave" campaign's favorite catchphrase: "Let's take back control."

On the right flank of the Conservative spectrum, Leadsom has also held the "City" portfolio - overseeing London's crucial financial sector. She enjoys positioning herself, rather like former UKIP leader Nigel Farage, as a politician who also has experience in "the real world." 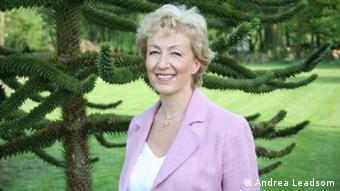 Thanks to Johnson's public support, Leadsom has established herself as serious rival to frontrunner May.

"Andrea Leadsom offers the zap, the drive, and the determination essential for the next leader of this country," Johnson said in a statement.

"She has specialized in the EU question ... and will be therefore well-placed to help forge a great post-Brexit future for Britain and Europe," he said.

Should her outright leadership bid fail, some consider her a potential Brexit-friendly candidate for the influential role as Chancellor of the Exchequer, or finance minister.

Leave supporter, 48, a former journalist, once amongst Cameron's closest allies, until the referendum campaign. But that's not the only ally he's recently let down.

Everybody assumed Michael Gove would be Johnson's strong second on a leadership ticket. Except for Gove's wife, Sarah Vine, that is. A leaked group email, "accidentally" sent to a member of the public as well as Gove and his advisers, urged her husband to seek specific assurances from Johnson before agreeing to run with him: "Do not concede any ground. Be your stubborn best. GOOD LUCK," she wrote. 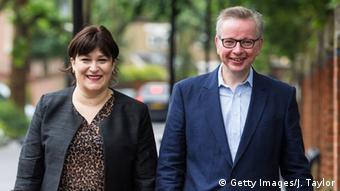 Johnson last week ruled out entering the race, however, after Gove unexpectedly announced his own candidacy, claiming he didn't think the former London mayor could provide leadership to the UK.

Gove arguably brings the gravitas that Johnson's persona so often lacks. His wife Vine seems to think this will make him more palatable to conservative media barons Rupert Murdoch and Paul Dacre, "who instinctively dislike Boris but trust your ability enough to support a Boris Gove ticket."

The justice minister, formerly the bane of many state school teachers as education minister, fancies himself as a member of the Tory intelligentsia. In the past, however, he had ruled himself out of contention for party leadership, saying he lacked the level temperament and thick skin a prime minister requires.

Having gone back on his word last week, however, Gove said: "I have repeatedly said that I do not want to be prime minister. That has always been my view. But events since last Thursday have weighed heavily with me."

Remain supporter, 43; close ties to Wales, Scotland, and to Cameron; known for a hesitant stance on gay rights. 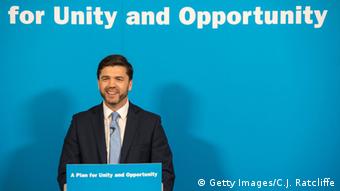 Crabb was a high-flyer from humble roots under Cameron, although his time as Welsh secretary was not easy

Crabb said he was disappointed at Cameron's resignation, praising the outgoing prime minister for "completely understanding" the concept of "compassionate Conservatism."

Now the work and pensions minister, Crabb has also served as secretary of state for Wales, he is one of the Tories' few MPs in Wales. His father was Welsh and his mother Scottish, they separated in his childhood and Crabb was raised on a Scottish council estate with his two brothers. He's seen as a left-leaning Conservative on many issues, but is a committed Christian who has been criticized for his past ties to religious charity CARE - which argues that homosexuality can be "cured."

Crabb has Sajid Javid, a former banker who worked all over the world - including for Deutsche Bank - on his ticket as finance minister (Chancellor of the Exchequer). He could prove to be a feather in Crabb's cap.

Dyed-in-the-wool euroskeptic, 54, a doctor before entering politics, perhaps best known for quitting the defense minister's post in disgrace in 2011. 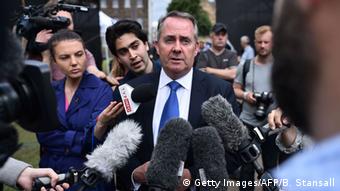 Liam Fox remains an influential Conservative voice, despite his 2011 resignation as defense minister

Following allegations that that he allowed a personal friend and lobbyist improper access to government, Fox became the first Conservative cabinet member to resign during Cameron's first term as prime minister.

The general practitioner also ran for the party leadership in 2005, losing out to Cameron. A Roman Catholic, Fox voted in favor of the 2003 Iraq war and is a strong supporter of Israel. He opposed Cameron's successful bid to legalize gay marriage.

Why do Britons not want to belong to the European Union any more? Three days after the Brexit referendum, DW's Volker Wagener is annoyed. (27.06.2016)

Brexit reminder: Six things Europeans like about the EU

Though the demise of the European Union may not immediately be in the offing, Brexit has shown that nothing can be ruled out. Christoph Hasselbach looks at six important things the EU has done. (27.06.2016)