WHO Director General Tedros Adhanom Ghebreyesus says universal health coverage is his ultimate priority - however it will require enagement with political leaders. 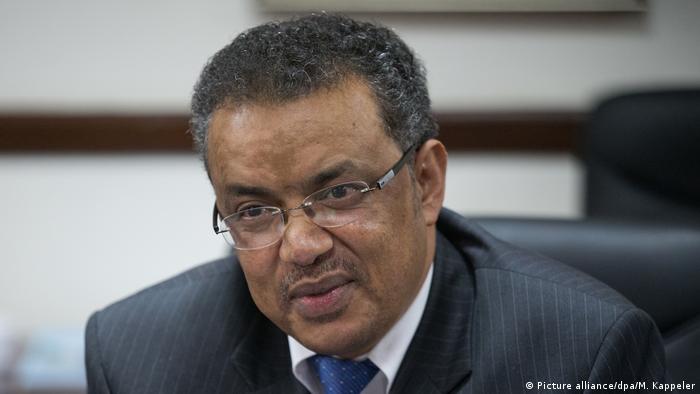 60 days after taking office in July, Ghebreyesus has held meetings with several leaders. In an interview with DW, he said he believes a lack of political will to transform struggling health systems will be a major challenge during his tenure.

DW: As the first WHO Director General from Africa, what is the vision for your term?

Tedros Adhanom Ghebreyesus: I think the vision has already been stated, actually – even in the 1940s when the WHO was established. Just one phrase: health for all. For anyone to have access to quality health care wherever and whoever he or she is.

You have hinted at possible reforms. What might these be?

Within the vision there are five priorities which I have identified. The first is universal health coverage, the second is an emergency response program, the third is a focus on women, children and adolescents, fourth is the link between climate change and health and fifth is to transform the WHO in order to make these things happen. So these are the areas which reforms will be focused on.

Health minister meetings like this one [in Zimbabwe] can be easily held, but the main problem is implementation. How do you intend to shift the content of these meetings from rhetoric to reality?

In our discussions with the ministers we also raised this issue. What we have agreed on is to engage finance ministers, heads of states, heads of governments and other important sectors because health reform cannot be achieved by the health sector alone. It requires the mobilization of other sectors, too. So what you said about the rhetoric, it is because we are not reaching out to other stakeholders to ask them to help or do their part. That is why we have agreed that WHO is not just technical organization, but also a political one. So we will explore political mobilization.

There is a widening gap between the haves and have-nots in terms of access to health. How do you intend to bridge this gap and allow healthcare to be accessed by everyone in Africa?

Tedros Adhanom Ghebreyesus is the Director General of the World Health Organization and Ethiopia's former health minister and foreign minister.

This interview was conducted by Privilege Musvanhiri.