WHO agrees on contingency fund to speed up crisis reaction

The World Health Organization has said it will adopt a number of reforms, including creating a contingency fund to respond to crises. The moves come amid criticism of its slow response to the recent Ebola outbreak. 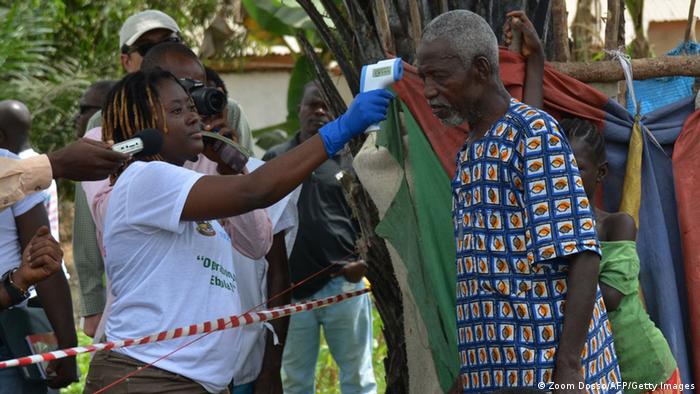 Among the measures in the resolution adopted at the rare emergency session in Geneva were the establishment of a contingency fund to fight future epidemics and the creation of a rapid-response workforce.

Others included the development of "quality, safe, effective and affordable vaccines and treatments" and naming a WHO special representative to coordinate the fight against Ebola.

The resolution was brought by the United States and South Africa.

Speaking at the meeting, WHO head Margaret Chan acknowledged criticism that the agency's response to the recent Ebola epidemic in West Africa had been slow and shoddy.

"The world, including WHO, was too slow to see what was unfolding before us," she told delegates to the meeting - only the third emergency session in the history of the agency.

"Ebola is a tragedy that has taught the world, including WHO, many lessons also about how to prevent similar events in the future," she added.

She said the outbreak showed that it was necessary to enhance crisis management at the agency and to make it easier to recruit frontline workers.

The recent Ebola outbreak, the worst in history, has killed nearly 9,000 people since last year, almost all in the three West African countries of Liberia, Guinea and Sierra Leone.

Chan said the outbreak was now ebbing, but warned against complacency, adding that cases of the virus could surge if hygienic burial procedures were not followed or if communities violently opposed measures to combat the spread of the disease.

The Ebola virus, which is thought to have spread from fruit bats, is transmitted from human to human by body fluids. WHO puts the average fatality rate among those that contract the disease at around 50 percent.

Symptoms of the disease include fever, vomiting, diarrhea and, in some cases, internal and external bleeding.

WHO calls for revamp after 'too slow' Ebola response

The head of the World Health Organization, Margaret Chan, has called for reform amid criticism of the body's response to the Ebola crisis. She warned against complacency despite progress in fighting the epidemic. (25.01.2015)

'Victory is in sight' in the fight against Ebola