When the Met combines fashion and Catholic imagery

Religious relics and Bible stories have long influenced the art world; it's no surprise then that objects of devotion have likewise sparked fashion's imagination, as the NY Met Gala and the museum's new exhibition show.

What started as a fundraiser for the Costume Institute at New York's Metropolitan Museum has turned into an unparalleled fashion event. Hosted by Vogue editor-in-chief Anna Wintour, the Met Gala is considered the Oscars of the East Coast, with an invite-only list of celebrities adorning designs inspired by an annual theme.

In 2018, that theme coincides with the museum's latest exhibition: "Heavenly Bodies: Fashion and the Catholic Imagination."

The exhibition, which was previewed at the gala, opens at three Met locations on May 10, 2018. Conceived and coordinated by Andrew Bolton, head curator of the Costume Institute at the Metropolitan Museum of Art, the exhibition includes not only designer wear but also artifacts on loan from the Vatican. 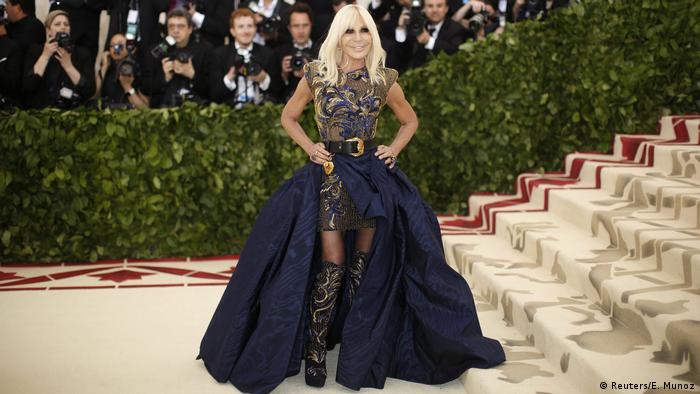 With Couture wear from Cristobal Balenciaga, Jean Paul Gaultier, Thierry Mugler and Elsa Schiaparelli as well as the Italian luxury house Versace, co-sponsors of the event, the contemporary fashion world is well-represented in the exhibition. On display are evening gowns inspired by either religious relics or by a designer's own religious upbringing – such as garments created by Coco Chanel, who was educated by nuns. Or pieces from John Galliano's Fall 2000 Haute Couture collection for Christian Dior, which raised eyebrows after a figure dressed in papal-like garb replete with miter swung incense down a Parisian runway.

Most of these designers, Bolton notes in a blog post on the Met's homepage, were raised in the Roman Catholic tradition. "While many of them no longer practice Catholicism and their relationships to it vary considerably, most acknowledge its significant influence over their imaginations," he writes. He goes on to note that the influence is felt both on the metaphorical level and through the use of explicit symbolism, such as crosses or a crown of thorns.

These high fashion undertakings inspired by Catholic narratives appear alongside sacred artifacts and holy garments on loan from the Vatican, such of which have never before been seen elsewhere. 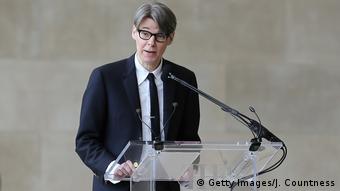 Curator Bolton was able to secure some 40 Vatican vestments spanning 15 papacies as part of the show, including such items as Pope Benedict XV's white silk cape embroidered with gold thread and the pointed bishop's hat of Pope Leo XIII. Papal robes and accessories from the Sistine Chapel sacristy will be on display in the Anna Wintour Costume Center.

The loans created quite a bit of controversy when first announced and Bolton has traveled to Rome a dozen times since the idea was conceived to steady the controversy while securing the Vatican's approval for the loan. There, he defended his curation at a press conference by saying, "Some might consider fashion to be an unfitting or unseemly medium by which to engage with ideas about the sacred or the divine, but dress is central to any discussion about religion. It affirms religious allegiances and, by extension, it asserts religious differences."

By showing these gowns alongside the sacred artifacts that may have inspired them, the exhibition allows viewers to draw parallels and witness for themselves how the artistry found in church relics like bejeweled gold crucifixes might have inspired the rich tapestry of a particular textile. Or they can bear witness to the garments and robes worn by nuns and priests and see how these modest designs have inspired designers through today.

While some relics may be of different media, from wood and stone to gold and ivory, their resonance is felt in the silks, brocades and laces used in the designers' wares. The stories and narratives told in the artifacts carry over into the gowns themselves, which can be seen as a consequence of divine inspiration by some.

"The Catholic imagination in all its many manifestations . . . tends to emphasize the metaphorical nature of creation," Bolton writes, citing sociologist Father Andrew Greeley, who wrote The Catholic Imagination. "Everything in creation, from the exploding cosmos to the whirling, dancing, and utterly mysterious quantum particles, discloses something about God and, in so doing, brings God among us."

Including, if the thesis of the exhibition and gala rings true, fashion.

Heavenly Bodies at the Met Gala

New York's Metropolitan Museum of Art opened "Heavenly Bodies: Fashion and the Catholic Imagination," featuring sacred artifacts on loan from the Vatican, with the Met Gala Monday. A look at the celestial celebrities. (08.05.2018)