When Politics Get Personal

Why do people vote the way they do? According to a German study, people's personality traits have an effect on their voting behavior. DW-WORLD talked to the man behind the project to find out more. 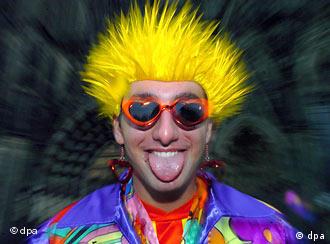 The perfect candidate for some?

Siegfried Schumann is a political scientist and works at the University of Mainz.

DW-WORLD: The current situation seems pretty clear: Many people who have voted for the Social Democrats will desert them because the party hasn't managed to bring down unemployment. They'll vote for someone else in protest. Mr. Schumann, you think that's not enough of an explanation. What do you mean when you say personality also plays a role? 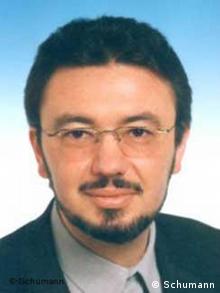 Siegfried Schumann: Our study doesn't do away with conventional explanations. Let's take the party identification model, for example. It lists three main factors that influence people's decisions. Sympathy towards top candidates, views about political issues and identification with a party. These factors remain in place. What we have shown is that personality characteristics have an influence on these factors. That means that my personality has an effect on which candidates I find likeable, for example. In many cases, they influence my positions in political disputes and they play a role in deciding which party I identify with.

What kind of personality traits are most relevant? 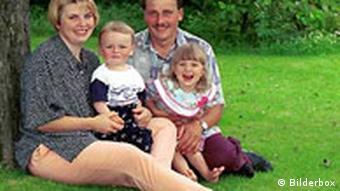 The perfect Green voters? Probably not.

There's two: A readiness to experience new things -- having various interests, being imaginative, profound and visionary -- and conscientiousness concerning planning, organizing and conducting tasks. Two parties are at the opposite end of the spectrum: Supporters of the Greens are by and large open for new things and not very conscientious. On the other side are those voting for the Christian Democrats: They are very conscientious and lack openness to new experiences.

What about the other parties, the Social Democrats, for example?

The SPD tends towards the Greens, but not quite as clear. But there's another family of parties that has quite a striking profile: right-wing extremist parties, such as the Republicans, the DVU (German People's Union) and the NPD (National Democratic Party). They exhibit a lack of openness to new experiences and a lack of social compatibility.

Does this distribution of personality factors remain the same over time or has it changed? 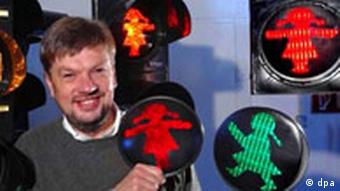 Many Germans still pride themselves in not crossing the street when the light is red.

There are clear indications that it's changing. Since the 1970s, a change of values has been empirically proven. There's a consensus that values such as duty and endurance are dwindling while self-development is increasing. That's nothing new. But what we've shown is that these values are very closely connected to personality traits. Duty and endurance correspond with conscientiousness while self-development goes along with openness to new things. If you accept that personality is more profound than values, then you can conclude that the change in values is based on a change in personalities. That means that openness is increasing while duty and endurance is becoming less important. And that has consequences f or the political climate.

What caused this change?

We haven't studied that. We're planning a second project that will address this question.

Is it possible for politicians to use your study for their own purposes? 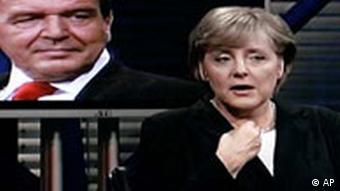 Still working on the perfect look.

Sure, but it's debatable whether it's ethically acceptable to do so. If I'm running an election campaign, I focus on a specific group of people as clients. If I have information about their personality traits and if these traits are different from those of other people, whom I don't want to address, I'm very tempted to say: "I'll tailor the image of my candidate to fit my clients." That way I could increase sympathy for my candidate and increase the chances of my party to win.

With five days to before Germany elects a new government, both Chancellor Gerhard Schröder and opposition frontrunner Angela Merkel are confident they can gain a majority and avoid a so-called grand coalition. (Sept. 13, 2005)