What happens when theater minds meet

Part conference, part festival, Berlin's annual Theatertreffen brings together the best and brightest in the theater scene to discuss industry challenges and features 10 of the best German-language stage productions. 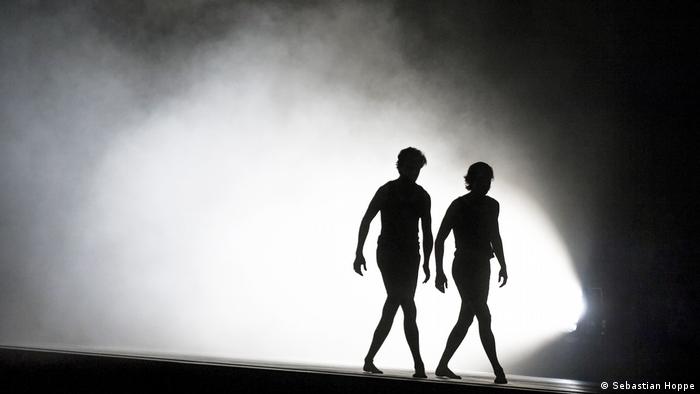 Actress and drama teacher Raghda Mouawad has a hunger for the stage. She wants to see great productions, and to learn what makes a production "remarkable" in German-speaking countries.

Over the next two weeks, her hunger will likely be sated, since the young Lebanese theater-maker is one of 35 young artists fellows from around the world who have been invited to Berlin to participate in the International Forum part of the festival.

The "Theatertreffen" which roughly translates to "theater meetup," has been presenting thought-provoking contemporary German theater since it began in 1964. During the two-week festival, performances of 10 German-language plays take place alongside workshops and conferences with theater professionals from around the world. There's time for celebration, but also for debate during workshops with renowned experts who discuss the form, content and aesthetics of tomorrow's theater.

A seven-member jury of independent theater critics selected the 10 works to be presented at Theatertreffen — and their job was not an easy one. Jury members visited a total of 418 productions in 65 German-speaking cities before creating a shortlist of 39 productions.

After an eight-hour debate, the jury settled on 10 works deemed to be the best. Of these, nine can be seen in the German capital. Unfortunately, director Ersan Mondtag's Das Internat (Boarding School) cannot be performed in Berlin for technical reasons. Yet, with 31 hours and 20 minutes of high-powered theater pieces, which include a mix of artistic forms, there's still plenty to enjoy. 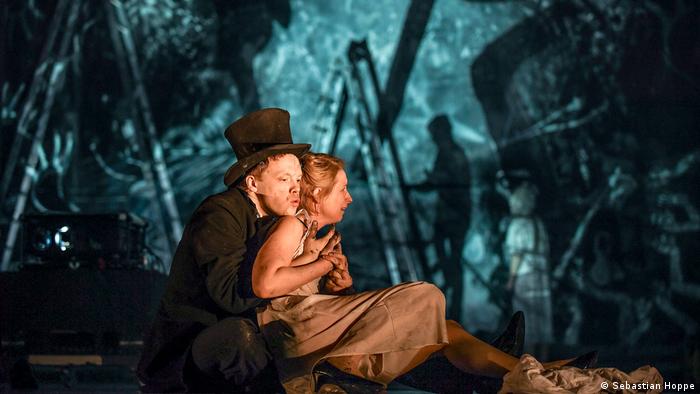 "Erniedrigte und Beleidigte" (The Humiliated and Insulted), based on the novel by Fyodor Dostoevsky, directed by Sebastian Hartmann

In Sebastian Hartmann's production from Dresden, Erniedrigte und Beleidigte (The Humiliated and Insulted), an artwork within an artwork is created. The actors duplicate the narrative by painting a mysterious jungle portrait, where the linear narrative forms diverge from one another at times.

Other works showcase unique elements and techniques. Hotel Strindberg, for example, uses well-crafted, multi-perspective sets to depict the complexity of life. Unendlicher Spaß (Infinite Jest) presents dense narratives in which the actors effortlessly slip into a multitude of roles.

The productions also experiment with everyday life and sometimes include the audience, such as in Oratorium, where the actors engage in choruses with the public. In the 10-hour-long Dionysos-Stadt (Dionysos City), director Christopher Rüping aims to tell the story of mankind while reviving ancient theater as a celebration for the people.

In addition to the productions showcased, the world-renowned Theatertreffen in Berlin boasts a wide variety of other events, including public discussions and debates on the current challenges in the industry.

Perhaps unsurprisingly, there is plenty of room for improvement when it comes to diversity in the theater scene. After criticism that the majority of 10 plays to be performed were directed by men, festival organizers issued a statement saying that beginning in 2020, at least 50% of the 10 selected productions must be directed by women or predominately female collectives.

A conference called "Burning Issues Meets Theatertreffen" held between May 17 and 19 will discuss gender equality, or lack thereof, in the industry.

A lack of racial diversity in the profession is likely to be a topic of discussion, as well. German-born performer and director Miriam Coretta Schulte, who currently works in Switzerland, discusses "problems of representation" in Swiss theater, which are similar to those in German theater. "It's a very white theater, which no longer reflects society." 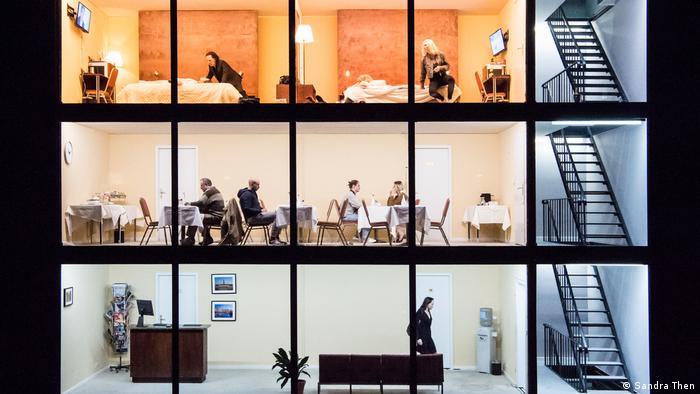 A lot of enthusiasm

With approximately 150 publicly funded theaters and 150 independent theaters, Germany has one of the richest theater scenes in the world. As a result, Germany's foreign office submitted an application for "Germany's Theater and Orchestra Landscape" to be placed on UNESCO's list of immaterial cultural heritage in 2018. A decision is expected by the end of this year.

Yet, Germany's theater scene is not without its problems. There's a lack of theater engineering experts, for example, as well as the persistent question of how to get more young people interested in theater.

This year's Theatertreffen will most certainly lead to interesting insights related to the differences in theater scenes around the world.

In South Africa, theater is reinventing itself, according to choreographer, teacher and theater-maker Kieron Jiena of Johannesburg. It is addressing the country's most relevant political topics and increasingly featuring more black actors in productions, which address the stories of black South Africans.

Meeting and exchanging ideas with the young international scholarship recipients in Berlin may certainly help. After all, their passion for new forms of theater and contemporary content is infectious. "I want to hear stories," says fellow Kieron Jina. "That's why we go to the theater. To hear the stories about other people!"

Ku'damm theater closes its doors, signalling the end of an era

Located in the heart of historic West Berlin, the Art Deco Kurfuerstendamm Theater and Comedy building will soon be demolished. The last performance in the original building to take place at the end of May. (22.05.2018)

Unconventional and provocative: As the artistic director of Berlin's Volksbühne - the "People's Theater" - Frank Castor wrote theater history. Here's why his productions were so unusual. (29.06.2017)