Many western countries are currently considering imposing further sanctions on Iran after a new IAEA report confirmed their suspicions about Iran's nuclear program. Iran maintains that the program is only for energy.

The United States said Wednesday it is looking at ways to put "additional pressure" on Tehran after the United Nations released a report hardening suspicions that Iran is seeking atomic weapons. A spokesman for the State Department said Washington and its allies were considering "a range of options" against the Islamic republic.

Britain and France said in a joint statement they wanted new and strong sanctions to be imposed on Iran if Tehran does not cooperate on its nuclear program. 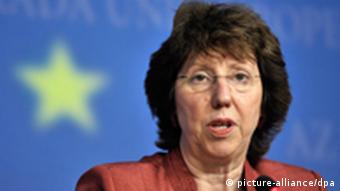 Ashton is leading negotiations with Iran that are currently stalled

"The new report confirms the continuous expansion of the Iranian enrichment activities, in violation to UN Security Council and IAEA board resolutions, where the increase of capacity to enrich uranium to 20 percent is of particular concern."

Berlin echoed the EU's concern. "The German government has been concerned for a long time about the progress of Iran's atomic program and its possible true character," said government spokesman Steffen Seibert. "The content of the report natually reinforces these worries considerably."

Most of the report consisted of summarized findings that had already been partially revealed by the agency. But there was new information as well, including evidence of a large metal chamber at a military site, which could be used for nuclear-related explosives testing.

The UN Security Council has passed four sets of sanctions against Iran over the issue, but on Wednesday veto-wielding Russia ruled out support for more.

"Any additional sanctions against Iran will be interpreted by the international community as a means of changing the regime in Tehran," Deputy Foreign Minister Gennady Gatilov was quoted as saying by the Interfax news agency. "That approach is unacceptable to us, and the Russian side does not intend to consider such proposals." 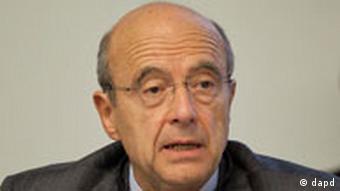 Moscow even expressed anger over the publication of the report, saying it could damage efforts to restart stalled talks with Iran. The foreign ministry said it was "gravely disappointed and bewildered."

Israeli officials have remained tight-lipped on the report's findings and Israeli's military radio reported that Prime Minister Benjamin Netanyahu had ordered his cabinet not to comment.

Over the weekend and ahead of the report's release, however, Israeli leaders appeared on domestic and international media outlets to campaign for increased international pressure on Tehran. Israel is reportedly debating whether it should carry out an airstrike on Iran's nuclear facilities.

"Iran is the greatest danger, both for Israel and for the entire world," Israeli President Shimon Peres said on Sunday.

Iranian President Mahmoud Ahmadinejad said Wednesday the country won't retreat "one iota" from its nuclear program, which he maintains is for civilian purposes.

In a speech broadcast by state television, he said the IAEA was discrediting itself by siding with "absurd" US accusations.

"The Iranian nation is wise. It won't build two bombs against the 20,000 you have," he said in comments apparently directed at the West. "But it builds something you can't respond to: ethics, decency, monotheism and justice."

Ashton has sent Iran a letter offering to resume negotiations if Tehran comes to the table without pre-conditions. Talks have been suspended since the beginning of the year over Iranian demands that broader nuclear disarmament in the Middle East and economic cooperation be discussed.

The International Atomic Energy Agency says Iran has worked on developing nuclear weapon designs and on testing components. It comes amid rumors that Israel is preparing to attack Iran's nuclear facilities. (09.11.2011)

IAEA: 'credible' evidence that Iran has worked on nuclear weapons

The International Atomic Energy Agency (IAEA) has indicated in a new report that Iran has been developing a nuclear weapon. Evidence detailed in the report suggests Tehran's nuclear program has a military dimension. (09.11.2011)

A new report from an independent research organization that analyzes international security suggests that forecasted levels of nuclear weapons spending by the world's leading powers could lead to a new arms race. (08.11.2011)

What is Iran's nuclear program for?