IAEA: ′credible′ evidence that Iran has worked on nuclear weapons | World | Breaking news and perspectives from around the globe | DW | 09.11.2011

IAEA: 'credible' evidence that Iran has worked on nuclear weapons

The International Atomic Energy Agency (IAEA) has indicated in a new report that Iran has been developing a nuclear weapon. Evidence detailed in the report suggests Tehran's nuclear program has a military dimension. 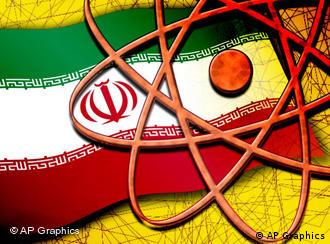 Iran claims its nuclear program is for civilian purposes

The UN's nuclear watchdog gave its clearest indication to date on Tuesday that Iran's nuclear program has a military dimension. A report published by the International Atomic Energy Agency (IAEA) claimed it had "credible" evidence that Iran has worked on developing a nuclear weapon design and had conducted experiments on components.

The Vienna-based agency said it had "serious concerns" after finding that Iran had worked on using uranium metal in a nuclear warhead and on computer-modeling of nuclear explosions.

"The information also indicates that prior to the end of 2003, these activities took place under a structured program, and that some activities may still be ongoing," the keenly awaited report said.

The IAEA called on Iran to engage with the agency without delay for the purpose of providing clarification. In the past, Tehran has asserted that its nuclear program was peaceful, dismissing "falsified information" in the report even before it was published.

The United States could try and use the report as grounds to increase sanctions against Iran.

Russia, on the other hand, was angered by the publication, saying it was "extremely dangerous" and could result in a "catastrophe."

"Russia is gravely disappointed and bewildered that the report is being turned into a source adding to the tensions over the problems connected to the Iranian nuclear program," the Foreign Ministry said in a statement.

The publication came amid media speculation that Israel might be about be about to launch a pre-emptive military strike against Iranian nuclear sites.

A new report from an independent research organization that analyzes international security suggests that forecasted levels of nuclear weapons spending by the world's leading powers could lead to a new arms race. (08.11.2011)

Iran has warned Israel and the West against a military strike, after Israeli leaders had been discussing for a week the possibility of a strike against Iranian nuclear facilities. (07.11.2011)

UN diplomats have said fresh evidence of Iran's nuclear capabilities will be released this week, amid Israeli warnings of a possible pre-emptive strike if Iran is found to have nuclear weapons. (06.11.2011)