Africa's ECOWAS soldiers are supporting France in the fight against Islamists in Mali. But doubts have been expressed about their overall fire power and the level of training among the troops. 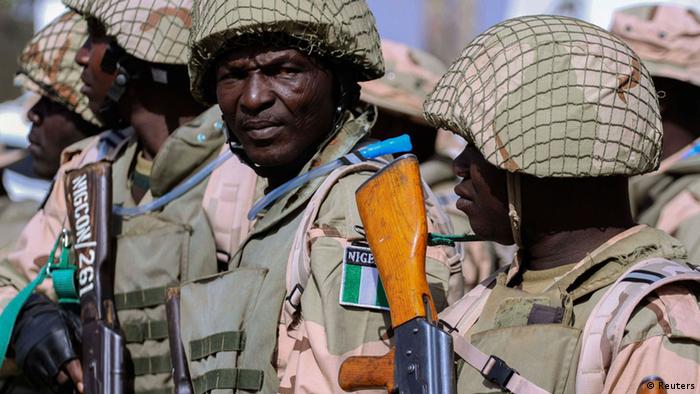 The military mission of the Economic Community of West African states (ECOWAS) began with the arrival in Bamako of 40 Togolese soldiers. 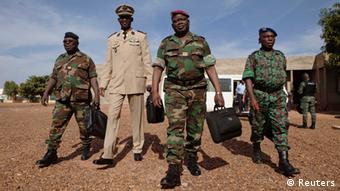 They were welcomed at the airport by French and Malian officers. The ECOWAS force will ultimately number 3,000 men.

In an interview with DW, non-commissioned officer Camille Jonas Wassite said he was proud to be part of the mission. "Life is hard for people in northern Mali. The international community must help these people. Our intervention is a necessity," he said. 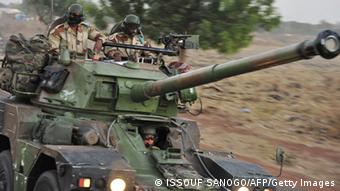 French troops leave for deployment in the north

In addition to the soldiers from Togo, troops from ECOWAS states Nigeria, Niger, Burkina Faso, Senegal, Benin, Guinea and Ghana will be fighting in Mali. Chad, which is not an ECOWAS member, also plans to participate. The intention is to join forces with the French and Malian armies in order to push back the Islamist rebels from the north of the country. Since January 11, 2012, the French army has fought the Islamists with air attacks and ground troops. This followed rebel advances to the south.

"We are not afraid to confront the Islamists," Togolese Lieutenant-Colonel Mawoute Bayassim Gnamkoulamba told DW. "We are professionals who have been trained for this. I am certain our intervention in northern Mali will be successful." 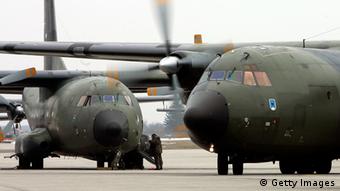 This optimism is not shared universally. Marco Wyss, a security expert at the Swiss Federal Institute of Technology in Zurich, says ECOWAS has weaknesses. "Be it equipment, training or troop morale, the ECOWAS states' military capabilities are not sufficient to defeat such an opponent," he said in an interview with DW. That is why previous military interventions by ECOWAS in other conflicts had also not been crowned by success.

In the early 1990s, ECOWAS troops intervened for the first time in Liberia. They were later accused of taking sides in the civil war there. In addition, individual ECOWAS soldiers were alleged to have used excessive force against the civilian population. There were also accusations of rape. Later missions in Sierra Leone, Guinea-Bissau and Ivory Coast were also not without criticism.

"In the Ivory Coast civil war ECOWAS wanted to assume responsibility, but found itself having to rely on France at both the operational and material level," said Wyss. This could happen again in Mali. But, said Wyss, France would probably use ground troops only sparingly and would concentrate more on air attacks and reconnaissance. "The ground offensive would then be carried out by the African troops."

Germany will not participate in the military intervention but has provided two transport planes to help ECOWAS get its soldiers to Mali.

On Saturday January 19, 2012, military leaders of the ECOWAS states are due to meet at a summit in Abijan, Ivory Coast. In an interview with DW, Ivory Coast President Alassane Ouattara, who is also the chairman of ECOWAS, said the main issue would be the coordination of troop movements. However, conflict resolution remained a priority. "We must ensure that the ECOWAS negotiators take up their work with fresh energy, in order to find a political solution to the Mali crisis," he said.

French troops are at war in northern Mali, but it's not clear what is actually happening because journalists have been denied access. For many years, Mali had been a model of African press freedom. (18.01.2013)

German military transport planes have flown to Mali to assist French-led efforts to combat Islamist rebels. The aircraft will transport West African troops being scrambled after Paris embarked on an air offensive. (18.01.2013)