German business software maker SAP has reported a decent rise in operating profit for the first quarter. The company said the result was helped by a weak euro. The firm expected flat growth for the full year. 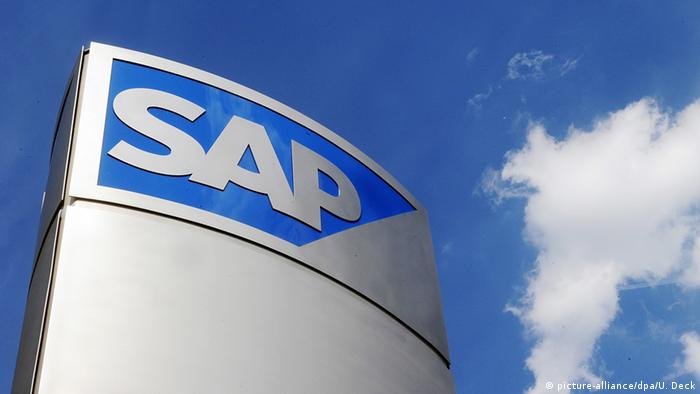 The result was boosted by a weak euro, making German exports cheaper abroad. Without the currency effect, earnings dropped, as SAP continues to implement its new business model of selling Cloud-based products rather than offering software that is directly installed on clients' servers.

The transition is costly, and the new business model delivers less money up front, which is affecting profitability for now.

Physicist Klaus Tschira, a member of the ex-IBM quintet that went rogue and founded what became Europe's largest software company, has died aged 74. After stepping back from SAP, he turned to philanthropy. (01.04.2015)

Dietmar Hopp: 'No team in the Bundesliga gets by without injections of money'

After 25 years of unofficially running Hoffenheim, billionaire Dietmar Hopp is finally being allowed to take ownership of the club. Soon he won’t only be paying the bills, he’ll be calling the shots. (24.03.2015)