"We have to talk about problems"

Ruth Weiss fled from the Nazis in 1936 and headed for South Africa, where she later campaigned against apartheid. She now lives in Germany. DW spoke with her about racism in Africa and multicultural interaction. 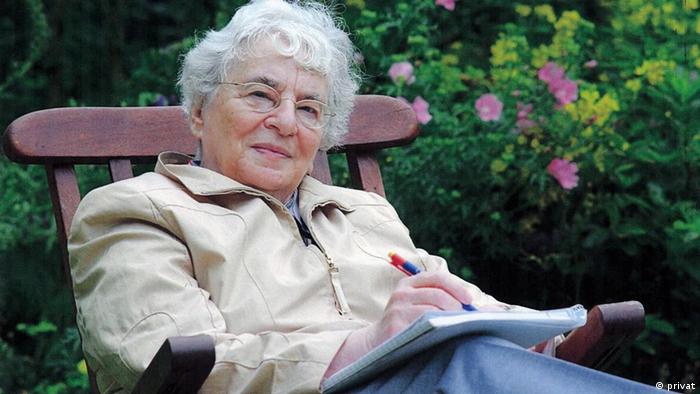 As an opponent of apartheid, Ruth Weiss was expelled from South Africa in 1966 and later, from Rhodesia - which is today Zimbabwe. During the process of decolonization, Weiss supported Robert Mugabe, Zimbabwe's first president, and conducted mediation talks between black and white people.

DW: How did you experience racism as a young girl in South Africa?

Ruth Weiss: I felt it right away. My mother was once speaking with an African woman, who was carrying a little child on her back. The woman did not mind when my sister and I said we wanted to play with her child. So my mother took the child in her arms, which our neighbors immediately condemned. That was just the beginning. After that, I said to my mother: "In Germany, the German kids weren't allowed to play with me, and now I'm not allowed to play with a black child."

Is that what ultimately prompted you to oppose apartheid?

We lived in a so-called poor white suburb. That meant that the first kids I went to school with were underprivileged white people. They were really quite poor. Yet every family I knew had at least one black servant, who was also not treated as a human being. He or she was not allowed to use the same toilet, or drink from the same cups. Those are not major events, but they're details which I noticed and which were unacceptable to me. And when apartheid was laid down by law about twelve years after we arrived, I simply couldn't accept it.

What gave you courage, confidence and hope during this politically turbulent time? Did your Jewish faith play a role? 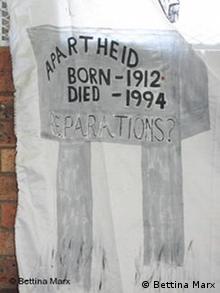 I think so. Judaism says all human beings are equal before God. I internalized that belief as a child, and I still believe that we are all of one God. But there's more to it. I have met a lot of friends who think similarly - who knows where that comes from. It doesn't really matter. There are so many people who not only say "we are all equal," but who actually offer their hand and say: "We must be friends because the world needs peace." The fact that there are people like that has always given me faith.

If we take a look at South Africa nowadays, how do you explain the introduction of the new Protection of Information Bill, which aims to regulate the dissemination of state information? How will that affect democracy in the country?

It's part of the stealthy corruption that began almost immediately in South Africa. When a government's hands are no longer quite clean, of course it's in the interest of that government that it is not discussed in the media. If that's the reason - and that appears to be the reason for this restriction of the media - then it's unacceptable. I recently received a letter from the writer Nadine Gordimer, who wrote: "I am incredibly outraged over this law and am in the process of expressing and opposing that publicly." I think one can only support that.

You accompanied and supported Robert Mugabe during decolonization in Zimbabwe. How do you view the situation there now?

Zimbabwehas been in a deep crisis for the past ten years due to Mugabe's politics. It was supposedly soley his party that brought about liberation for the black majority. Now Mugabe and his party are asserting that only they may make the decisions concerning the country. In addition to that comes the openly racist stance toward whites. Mugabe has managed to banish most of the white people from Zimbabwe. That is likely not possible in that way in South Africa.

With a view back toward Germany, how do you view multicultural interaction here?

When I first came back here, I visited many, many schools. And I came to discover that migration had created a whole new generation that was not only trying to integrate themselves here, but simply trying to become a part of society. German kids did not make it easy on them. But what I think is a good thing is that this rejection of the migrants has become a publicly debated topic for many Germans - and that people don't just talk about it, they take action.

For instance in Lüdinghausen, where I live, there's a group that was started about a year ago that regularly meets with the intention of helping foreigners or Germans with immigrant backgrounds to integrate themselves. They do that by meeting together, speaking openly about problems, and inviting each other to their homes. That's important. That's a process that has to develop very slowly over time, because the people who have immigrated here also of course have their doubts. Living together is something that has to be practiced over a long period of time. But I think it's a wonderful thing that that's happening.

Ruth Weiss was born in Fürth in 1924 and reported for many years for European and African business media. She first started writing literature at the age of 78, and has meanwhile written 13 novels, including "My Sister Sara" and "Wege im harten Gras" ( "Paths through Tough Grass"). Her books discuss life between cultures - between Africa and Europe - and the search for peace and justice. Weiss was nominated for the Nobel Peace Prize in 2005.

Parents fear their children drifting to the far right

Swastikas and far-right music in the bedroom, hate-speech against minorities - a child who drifts into the far-right scene is a nightmare for many parents. (23.03.2012)