"We Are Interested in the Bad, the Wrong and the Ugly"

DW-WORLD.DE spoke to Hans Joachim Neyer, director of the Wilhelm Busch Museum and expert on the work of Germany's best-known satirist, poet and caricaturist. 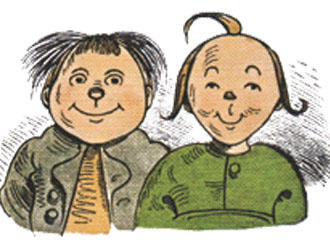 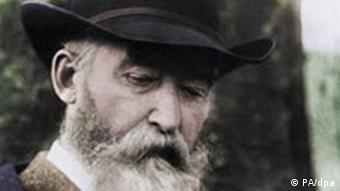 Often lionized as the "grandfather of comic strips," Wilhelm Busch (1832-1908) is a household name in Germany. His irreverent stories, grotesque drawings, black humor and macabre anti-heroes have captured the imagination of his readers to this day.

Busch's most popular characters are Max and Moritz -- 19th century pranksters par excellence who get a kick out of pulling stunts on unsuspecting grownups, until they are punished for their mischief by being thrown in a sack, ground to bits in a mill and eaten by ducks.

Max and Moritz as such may be less known in the English-speaking world, but the two German hell-raisers served as an inspiration for Rudolph Dirk's comic strip "Katzenjammer Kids," which debuted in 1897 in the United States and is today the oldest comic strip still in syndication.

This year, Germany is celebrating the 175th anniversary since Busch's birth.

DW-WORLD.DE: Why did Busch become so popular in Germany at the end of the 19th century? 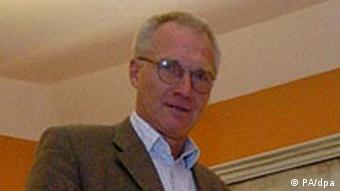 Hans Joachim Neyer: In their modern way, his works were something sensational, something that many official representatives of the clergy, for instance, felt offended by. The problem was that Busch did not adhere to the rules of classical esthetics, he didn't write about the true, the beautiful and the good, the way Goethe or Lessing did. He went in the diametrically opposite direction by focusing on the bad, the wrong and the ugly. And that was what the new middle class in an emerging, industrial, capitalist world wanted to read about. They wanted new characters.

Max und Moritz are probably Busch's most famous characters. They have their bit of fun, but are in the end brutally punished for their mischief. Did Busch use brutality as a kind of moral or pedagogical tool?

All Busch's stories end brutally, but that's exactly what his readers have always enjoyed about them. Bush was neither a teacher nor a pastor. He had to convince people to buy his books and he did that by catering to their needs. We're talking here about popular literature: his books were sold at train stations. You know, people had the choice: they could either buy a beer or a book. Many chose to buy the book, which is why Busch was by the end of his life a millionaire.

Busch is often described as "the grandfather of the comic strip." As such he has also made his influence felt outside of Germany.

Yes. We have here in the museum the original issues of Rudolph Dirk's "Katzenjammer Kids." The first ones appeared in 1897. Interestingly enough, in the beginning of the twentieth century, there was a significant German-speaking minority in the US. Starting in 1905, "Katznejammer Kids" were actually translated into German and published in the States in German under the title "Max und Moritz." This went on until 1916.

Was there something particularly German about Busch's humor? Is it Schadenfreude? 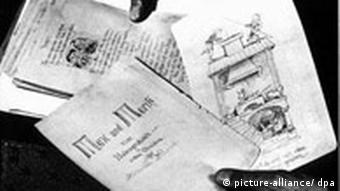 "Max and Moritz" was translated in more than 30 languages

I think that Germans are federalists. We were always and above all Bavarians, Prussians etc. Germany became one country in 1871 as a consequence of Prussia's military, expansionist thrust. So I wouldn't say that there even was such a thing as a German sense of humor at the time.

But if you think about it, German Gemütlichkeit (cosiness, leisureliness) is the culture of the Biedermeier. It was prevalent until around 1850 and then destroyed -- first by an industrial boom, and later by the rise of unemployment. Schadenfreunde can be seen as a reaction to the destruction of that Gemütlichkeit.

You read Busch as a kid and you studied him as a grown-up. Has your perception of Busch changed over time? 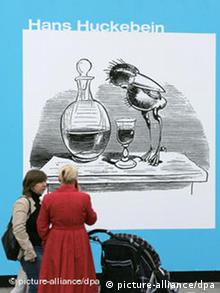 I am now 60 years old. In the fifties, I read Busch with my parents. We had a big Busch album -- the most important book in the house next to the Bible. I remember I was always fascinated by the way Busch portrayed death and by the ambiguities, which he always left for the reader to resolve. Today I am fascinated by Busch's ongoing relevance. The basic need to let out one's aggression is still there, perhaps even stronger than before.

Back then, when there was no TV or radio, Busch's texts and pictures, his rhymes and alliterations, were enough to set one's imagination free. Nowadays, kids who play video games are satisfied by blood on their computer screens, but that is, in my mind, somehow flat and not exciting. Not to mention that video games, unlike books, produce addicts.

A Bridge Between Literature and Cinema

How do you turn a book into a movie? While organizers of the Berlin film festival may not have the ultimate answer, they've at least come up with a way to give producers and publishers a chance to size each other up. (13.02.2007)

A record 127,000 visitors browsed the titles at this year's Leipzig Book Fair. The fair offers intimate book browsing and prides itself in connecting readers of all ages to their favorite authors. (26.03.2007)