Women from India’s poorest regions tell their stories every week on Khabar Lahariya, a local news website. This year, it won the DW Best of blogs (The Bobs) Global Media Forum Award in Hindi. 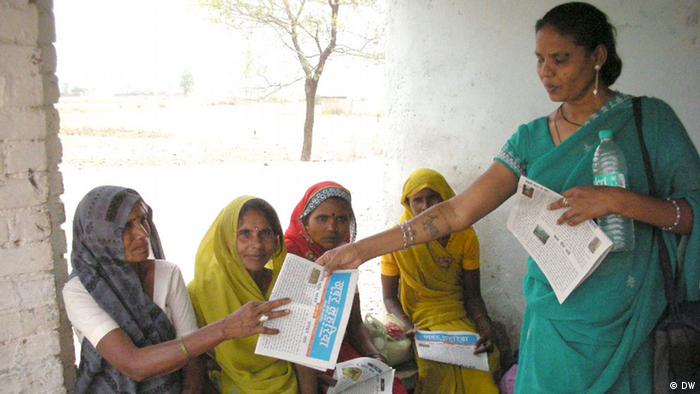 Kavita was barely 16 when she got married. She was still in school at the time. Her married life was not a happy one. Her husband's family was not very supportive and there was a lot of pressure on her to have children. Kavita was very young and, as a result, most of her pregnancies miscarried.

She decided to end her marriage and get back to her studies. She joined a literacy campaign organized by an NGO in New Delhi called Nirantar. Once the camp was over, Kavita and several other participants said they wanted to continue reading and writing. This is how Khabar Lahariya - which means "waves of news" - was born.

Poorvi Bhargava, Khabar Lahariya's editorial coordinator in New Delhi, recalls the days of the literacy camp. "As part of the camp, they started a small activity where they wrote stories about issues in the village - whatever they felt was close to their hearts. This became quite popular in their community.

So they said, why can't we do this as something more formal and more concrete and why can't we have a two-page or a four-page newspaper that just talks about the problems in the village?"

Initially, the women working as reporters with Khabar Lahariya faced a lot of resistance from their own families, especially those who are married. Women were constantly cross-questioned by their husbands if they had to stay back to print the newspaper.

Khabar Lahariya's Bhargava says, "The husbands would think, how is it that women from our house are spending the night elsewhere? Or, how is it that for a woman, there is some other work that is more important than tending to household chores?" 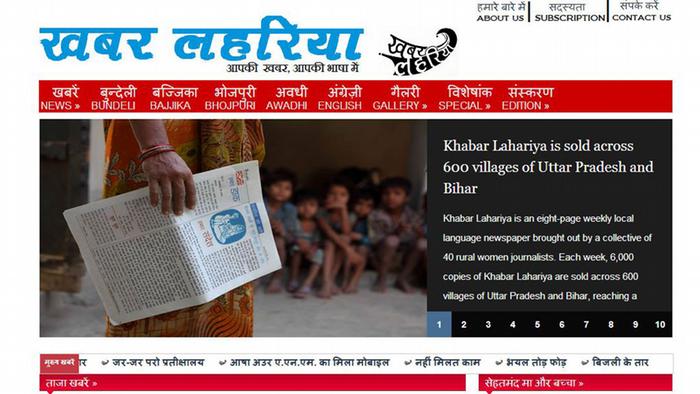 Luckily, it has changed. Team members from Khabar Lahariya regularly go and explain their work to the women's families so they understand and cooperate with female members who work as reporters.

Even now, the local administration proves to be a hindrance for many women working as reporters. "People in the administration are usually men and there is a certain way they talk to women, even if you'd introduce yourself as a journalist," Bhargava explains.

"They have a certain way of interacting with you or not taking you seriously." In several areas in Bihar and Uttar Pradesh, finding transport is very difficult for women reporters who have to often travel to far-flung villages to get news.

Today, Khabar Lahariya has graduated to a weekly newspaper that is published in the Indian states of Uttar Pradesh and Bihar in the local languages of these regions. Most of its readers and editors come from what are considered backward classes in Indian society. The reporters, editors and the printing experts, all are women, with varying levels of literacy.

The Bobs' jury member for DW Hindi, Rohini Lakshane says that "a lot of neo-literate people in these regions read Khabar Lahariya.The women journalists are also neo-literates, people who learnt how to read and write late in their lives. So Khabar Lahariya also spreads literacy."

Khabar Lahariya is now a very successful online and newspaper project and the website puts the number of readers at around 80,000. The online edition also offers an English version. Its readers include farmers, village council members, government employees, social workers, journalists and housewives.

Khabar Lahariya is the perfect example for interaction between society and the media. The newspaper helps local populations access their rights and resources by reporting about these issues and by selecting its reporters from among the locals.

This way it also plays the role of a watchdog. Towards this end, Khabar Lahariya helps rural women develop skills so they can be agents of information production and dissemination.

Photo blogger Mosa'ab Elshamy from Egypt received the "Best Blog" prize at The Bobs - Best of Online Activism 2014. Deutsche Welle presented the award on June 30 as part of the Global Media Forum in Bonn, Germany. (07.05.2014)