The recent case of kidnapping and 'forced' marriage of Rinkle Kumari, a Pakistani Hindu girl, has made the minority Hindu community in Pakistan feel unsafe as they seek refuge in neighboring India. 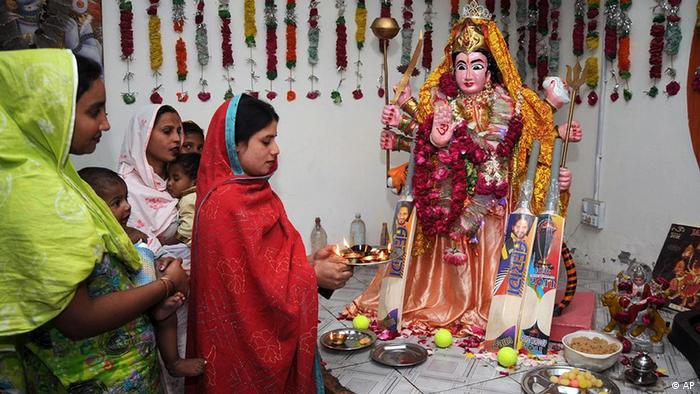 Pakistani Hindus lodged a protest in Karachi on Thursday against the abduction of three Hindu girls from the southern Sindh province. Rinkle Kumari and Lata were kidnapped from Karachi, whereas Poja Devi was abducted from Larkana, the stronghold of the ruling Pakistan People's Party.

Kumari, who has now converted to Islam after marrying a Muslim man named Naveed Shah, told the Sindh High Court that she had married Shah out of her own free will, and that nobody had pressurized her into this.

The leaders of the Hindu community in Pakistan say the Hindu girl was forced to change her religion.

The Pakistani civil society has also voiced its anger against these abductions, in particular the forced marriage of Kumari. Rights organizations in Pakistan report widespread social and cultural discrimination against minorities in Pakistan.

More Hindus migrate to India than ever 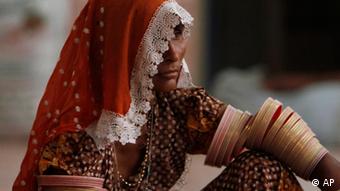 Discrimination against Hindus is widespread in Pakistan

Hindus make up 2.5 percent of the 174 million people living in Pakistan. The majority of them, over 90 percent, live in Sindh.

Forced marriages of the Hindu girls and their conversion to Islam are not new in the Islamic Republic. But the Rinkle Kumari case has increased the sense of insecurity among the Pakistani Hindus. There have been reports that the number of Hindus migrating to neighboring India has raised manifold in recent years.

An official at the ministry of external affairs in New Delhi told AFP on condition of anonymity that "every month about eight to 10 Hindu families migrate from Pakistan," which, according to him, are mostly well-to-do.

The Pakistan Hindu Seva, a community welfare organisation, reports that at least 10 families have migrated from Sindh every month since 2008, mostly to India. The organization says this number has increased to 400 in the last 10 months.

"Lots of violent incidents are happening daily. Most go unreported, which shows vested interests are trying to force Hindus to leave Pakistan." She said that "Hindu migration is a brain-drain for Pakistan as most of them are doctors, engineers, agriculturists, businessmen and intellectuals." 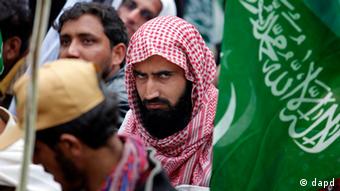 Pakistani liberals are concerned about the rise of Islamism in Pakistan

Amarnath Motumal, Vice Chairperson of Pakistan's Human Rights Commission's Sindh Chapter, and also a member of the minority Hindu community, told Deutsche Welle that the Pakistani Hindus "are very scared and not getting any help from anywhere."

"Kumari was forced to convert and then pressured to write a statement of consent, which is used in the court under article 164 of the Pakistani constitution as a justification for her conversion. What can their parents and friends do under these circumstances?" said Motumal.

Motumal believes the main reason behind these forced conversions is "religious extremism" in Pakistan. "These people think that by converting a Hindu girl to Islam they have earned a place in heaven," he said.

In 2002, 30-year-old Mukhtaran Bibi was raped after her village elders in Meerwala in Pakistan's Muzzafargarh district decided she would pay the price for her brother's inappropriate behavior with a woman in his village. (08.03.2012)

To the concern of moderate Pakistanis and the West, a right-wing extremist grouping of religious organizations has been gaining ground in Pakistan, ever since two dozen soldiers were killed in a NATO strike last fall. (27.02.2012)