An exhibition featuring gay, lesbian and transgender themes has opened in Warsaw's National Museum. It has stirred tremendous controversy in a country where the Catholic Church plays a major role in public life. 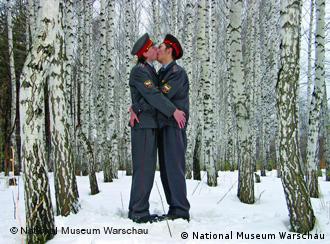 Homosexuality is not widely accepted in Catholic Poland

Ars Homoerotica, a show that many say was unthinkable in predominantly Roman Catholic Poland until recently, is a presentation of classical works featuring homoerotic motifs from the National Museum collection, as well as paintings, sculptures, posters, and installations from countries that have emerged from the former Soviet bloc.

One of the featured artists is Katarzyna Kozyra, a Polish transsexual who came to light in the 1990s with a series of striking images of herself, dressed as a cheerleader, entering a male sauna. She is also known for her video art, in which she explores trans-gender topics, often starring the outrageous German drag queen Gloria Viagra. 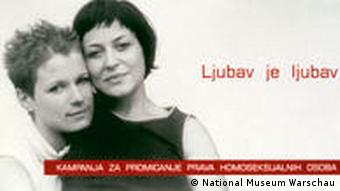 "Love is Love," from the Croatian lesbian organization Lori

A show of the 'other'

Parts of the show are addressed to young gay visitors who are still grappling with their identity. Artist Tomek Kitlinski designed an installation featuring seminal works in international gay fiction.

"When you are a teenager, you need some role models and experiences with which you can identify. Books provide such examples," he explained.

The National Museum board of trustees congratulated the organizers on their courage in a country where homosexuality is sill frowned upon in many quarters of society.

"This museum is a national museum. And as such it is for the nation - that is, for the whole nation - not just one part of it," said board member Jack Lohman. "I am also struck by the depth of meaning of this show: the show of 'the other.' We are all 'other' in many respects." 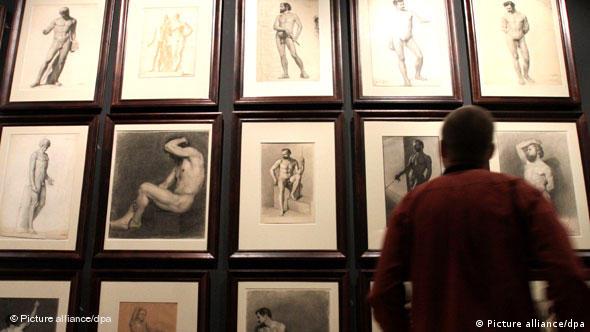 The show, however, has provoked dissent within the National Museum's own ranks. A group of staff members have protested against what they described as a leftist bias demonstrated in the exhibition. A much angrier reaction came from conservative politicians from the opposition Law and Justice Party.

"The Polish culture minister should ban this obscene exhibition, which is a waste of taxpayers' money. The National Museum should focus on wholesome, patriotic topics," MP Stanislaw Pieta said in a letter to the ministry.

The organizers are aware that an exhibition featuring explicit male nudes and scenes of gay sex is something quite new to mainstream Polish art lovers. But Curator Pawel Leszkowicz explains that the show is consistent with a change of course in the museum's philosophy under new director Piotr Piotrowski. 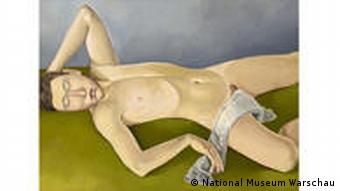 "The new director is a sort of a Zapatero of the Polish contemporary art world," said Leszkowicz, comparing Piotrowski to the Spanish prime minister. "He wants to get the museum involved in a critical discussion about the status of democracy and human rights and political debates in Poland. This exhibition is his first step."

The exhibition, which runs until September, is also the main cultural event of the Europride festival, which will take place Warsaw this summer.

Japanese artist Hiroshi Kawano, one of the first in the world to use the giant mainframe computers of the 1960s to create art, has donated his unique archives to a museum in southern Germany. (18.06.2010)