Walking the line between urban art and ads

The airbrushed model suddenly looks like a ghost. Artists in Berlin are rethinking notions of perfection by hijacking ads and turning them into urban art. It's not exactly legal, but it's getting some to think twice. 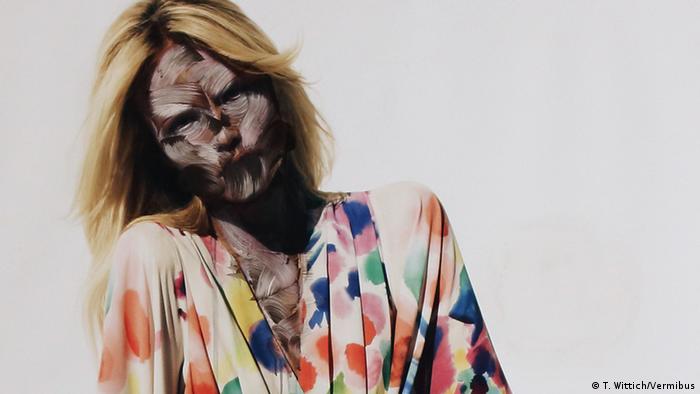 You walk past them every day on your way to work or the grocery store: billboards advertising the sexiest perfume, the sportiest car or the latest gadget. The larger-than-life models with the flawless skin and pearly white teeth stare down at you in restaurants and public restrooms, and on buses and trains.

Outdoor advertising has become so interwoven with our city life that its presence can often go unnoticed. In Berlin alone, the public comes into contact with outdoor advertising over 18 billion times every year, according to Wall AG, Germany's leading billboard provider.

Now a group of artists from Berlin and across Europe are, as they call it, hijacking outdoor advertising to send a message of their own.

"Why is the pubic forced to view this advertising? If you watch something on television, there are advertisements because that program needs to be paid for, that's logical," Vermibus, one of the Berlin-based artists, told DW. "However, there is always the choice to change the channel. But in the streets, you are forced to see it."

So Vermibus decided to steal fashion posters from lightboxes - those glowing poster holders found on street corners and at bus stops and train stations - and transform them in his studio before eventually returning them to their original location.

Using paint as his main tool, he brushes away the brand logos on the posters and paints over the appearance of the models themselves to draw attention to what he calls a false idea of beauty. 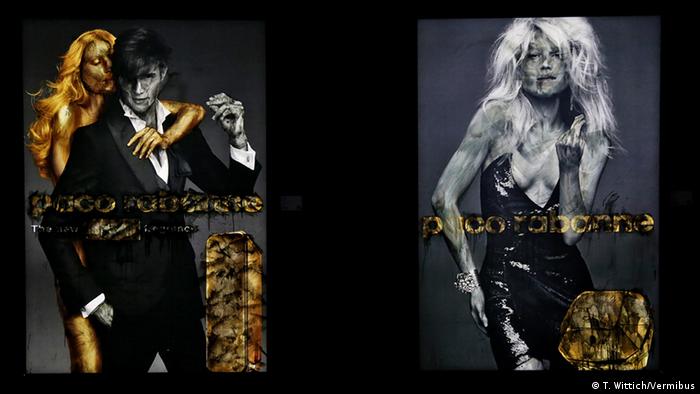 Ironically, Vermibus used to work for the very industry he is now critiquing. Prior to moving to Berlin, he worked as a fashion photographer in the Spanish capital of Madrid, but eventually came to reject the superficiality of the fashion industry and the messages projected by its brands.

"A photo is taken of a model and is changed until it is exactly as they want. This is not real. This is absolutely fake. If you are looking for perfection, this is not perfection," he said.

Sometimes Vermibus removes outdoor advertising altogether, simply leaving a white space. While he says he is aware the approach could be viewed as "violent" in its activism, he thinks the white space is soothing and relaxing to the public gaze.

"I think I'm working in an ethical way. I'm not destroying the lightbox with a bat. I have a key, I open it, I change the poster and that's it. It's not anarchy; it's an alternative message, to say that this is a public space," he said.

Not everything that's soothing, however, is in accordance with the law. According to Wall AG spokesperson Michael Wehran, "Ads being changed or removed by artists are a minor problem and occur rarely. However, it is illegal and might lead to legal actions."

Where art and brands collide

"There's something about the paintings that makes me uncomfortable, uneasy perhaps," said Karoline Schuch from Berlin. "It's the way those ghoulish characters mix with all the usual ads we're used to seeing every day."

Schuch was viewing Vermibus' work as part of the POSITIONS exhibition, where his work is being showcased, along with that of several likeminded artists, at the Stattbad complex in the Berlin. 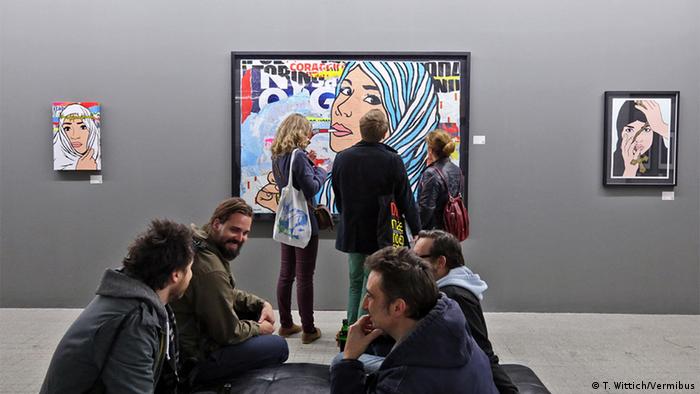 Viewers found the works unsettling, but some were unsure how impactful they would be on the street

Naomi Mahendran, another exhibition visitor, had a different perspective. "If I saw the posters in the street, I'm not sure I would even realize it was art. I would be wondering if something had gone wrong with the printing job, or what exactly the ad was trying to sell."

While his message may not cut through to everyone on the streets, Vermibus says Berlin is a city that is particularly open-minded to his ideas. "Here, there is a chance to change something. There are a lot of advertisements, but the people are also more conscious of that. They are more receptive to the message than in other places."

An activist organization that has tapped into similar feelings is the so-called Amt für Werbefreiheit und Gutes Leben [Office for Advertising Freedom and Good Life]. Last year it collected several thousand signatures from the bustling district of Friedrichshain-Kreuzberg in its call to ban outdoor advertising. This support saw the proposal go before the local council for discussion.

While it was eventually voted down, activist representative Jan-Henning Korte told DW the campaign hit a nerve in the community.

"What we've discovered is that the general frustration towards advertising is just rooted so deep," he said. "A lot of people were waiting for a campaign like this. The sum of outdoor advertising has exploded since the 80s, and it's just too much."

Guillaume Trotin, the lead curator for the POSITIONS exhibition, says he wanted to make visitors think about how we interact with our city, but he also wanted to shake up the way the art community is working with brands.

In a city like Berlin where urban art is hugely popular, Trotin says, artists are essentially turning their work into outdoor advertising when they sign up for brand sponsorships.

"As soon as a brand like Converse puts a little bit of money on the table, you see too much compromise," he opined. "And then it is not art anymore, it is merchandising or advertising. The artist might benefit from a monetary perspective, though who do you remember, the artist or the brand? Always the brand, because it is more established. So the relationship is not equal." 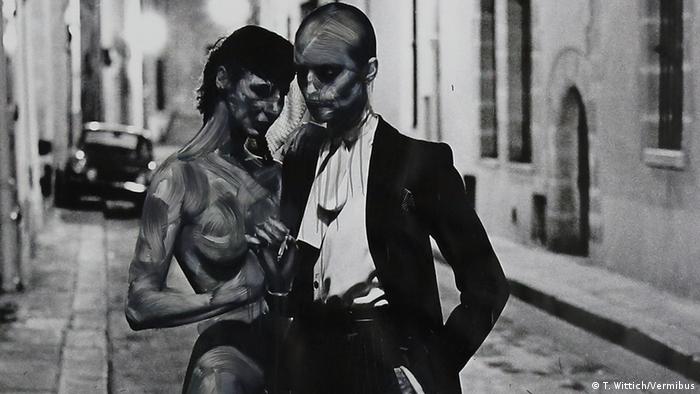 Vermibus says there is choice involved in TV commercials, but not in outdoor ads

A recent high-profile advertising campaign from Converse saw a #Clash Wall established in the Berlin district of Mitte. Anyone could submit their own design via Twitter, and street artists would then paint the winning designs onto the wall.

However, not everybody in the urban art community is opposed to brand sponsorships. Marco Schwalbe is art director for the Stroke Art Fair, which shows in Munich from April 30 to May 4. He says brands have actually been helping urban artists make a living from their work since long before the wider community was showing it in galleries.

"I would never criticize an artist for using their status and popularity to make some money," he said. "It is true, you can easily destroy your reputation by working with the wrong brand. However, a lot of brands have a strong history of supporting young art. This is a very limited view I think."

But for Vermibus and his fellow artists turned activists - legal issues aside - it's a matter of principle.

POSITIONS shows through May 24, 2014 at the Open Walls Gallery in Berlin's Stattbad.

Art projects lead to too many twists of fate

When does a coincidence take on a deeper meaning? DW's Insider, Berlin-based art initiator Jan Kage, has experienced a few too many flukes during recent projects. They're making him wonder about metaphysic. (03.04.2014)

Munich, the birthplace of modern graffiti in Germany, wants to promote street art. But is legal graffiti still fun? Some artists see subsidies as interference, while property owners are already calculating removal costs. (01.04.2014)

In the heart of hipster Berlin, a few pockets of old-school comfort remain, where Berliners and visitors alike can mingle, beer or whisky in hand. Typical for Berlin, even these oases are eclectic and multicultural. (20.03.2014)